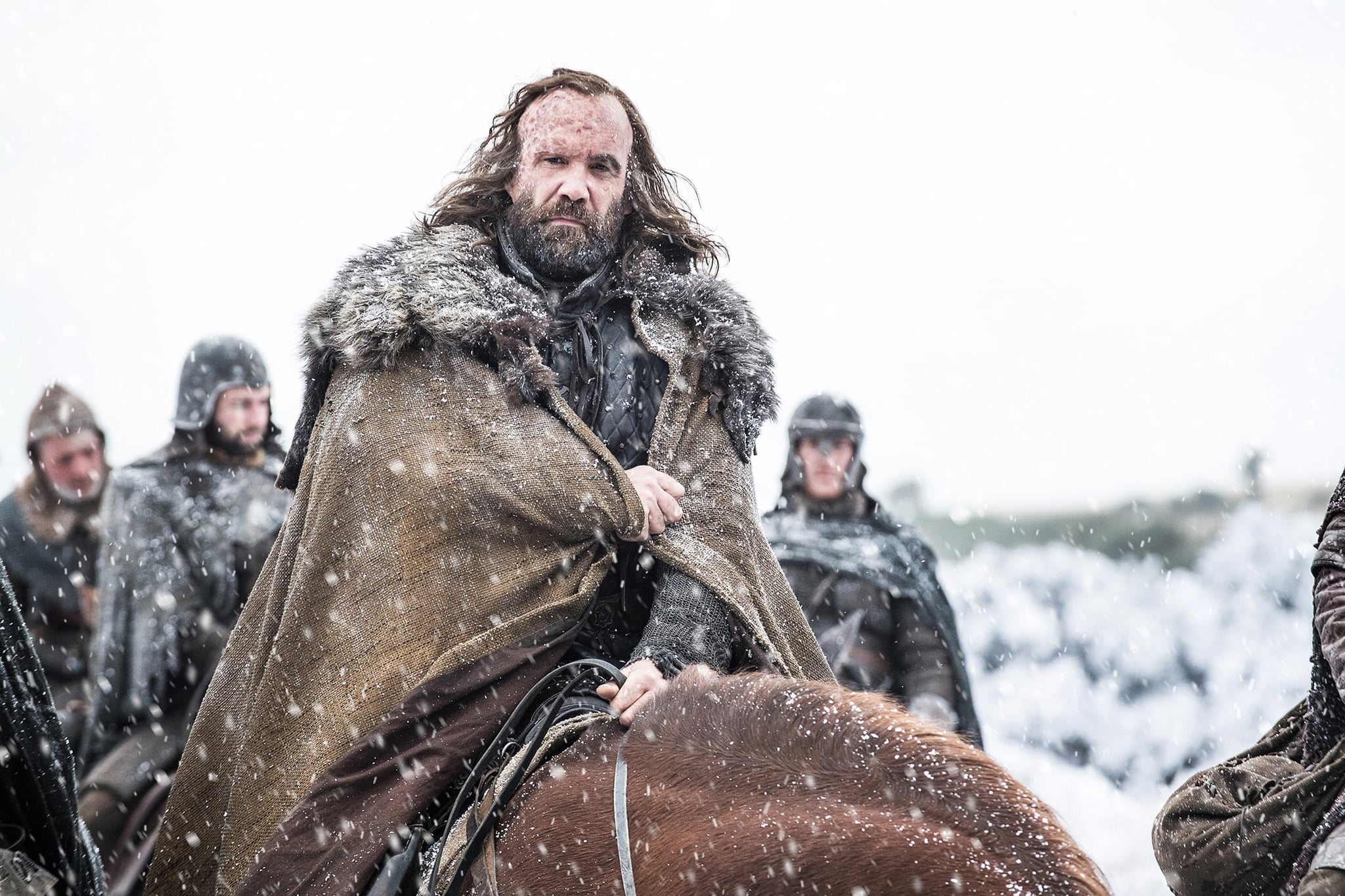 In the season seven premiere of Game of Thrones, we catch up with The Hound, aka Sandor Clegane. He's still traveling with the Brotherhood without Banners (and making jokes at their expense), but they make an unexpected stop at a place we've seen before. They stop at a small home to stay warm from the snow, and The Hound is immediately uncomfortable. The land looks pretty much abandoned, and there are no livestock. When Beric, Thoros, and The Hound walk in, they see the corpses of a small girl in the lap of her father. A knife is on the bed beside them. Clegane is horrified by this, but it's not just because it's a sad scene. We have seen these two characters before.

In "Breaker of Chains" in season four, Arya and Clegane come across the father and daughter's land and ask to stay for shelter. The father is a pious farmer who is against Walder Frey's betrayal of the Starks at the Red Wedding. As a follower of the Faith of the Seven, he believes the Gods will seek justice for it. The farmer eventually offers Clegane a job of helping with farm work and scaring off people who mean them harm in exchange for silver. Clegane agrees, only to beat the farmer and steal his silver the next morning. He then leaves with Arya, explaining that the farmer would die anyway and teaching her a hard lesson.

Now we find out that the farmer and his daughter were starving. The visitors surmise that he ended her life, then his own, with a knife. The sad confrontation of what Clegane did seems to make him confront his lack of faith and gives him motivation to do some good by fighting against the White Walkers with the help of the Lord of Light. The simple act of burying the bodies shows how far he's come. 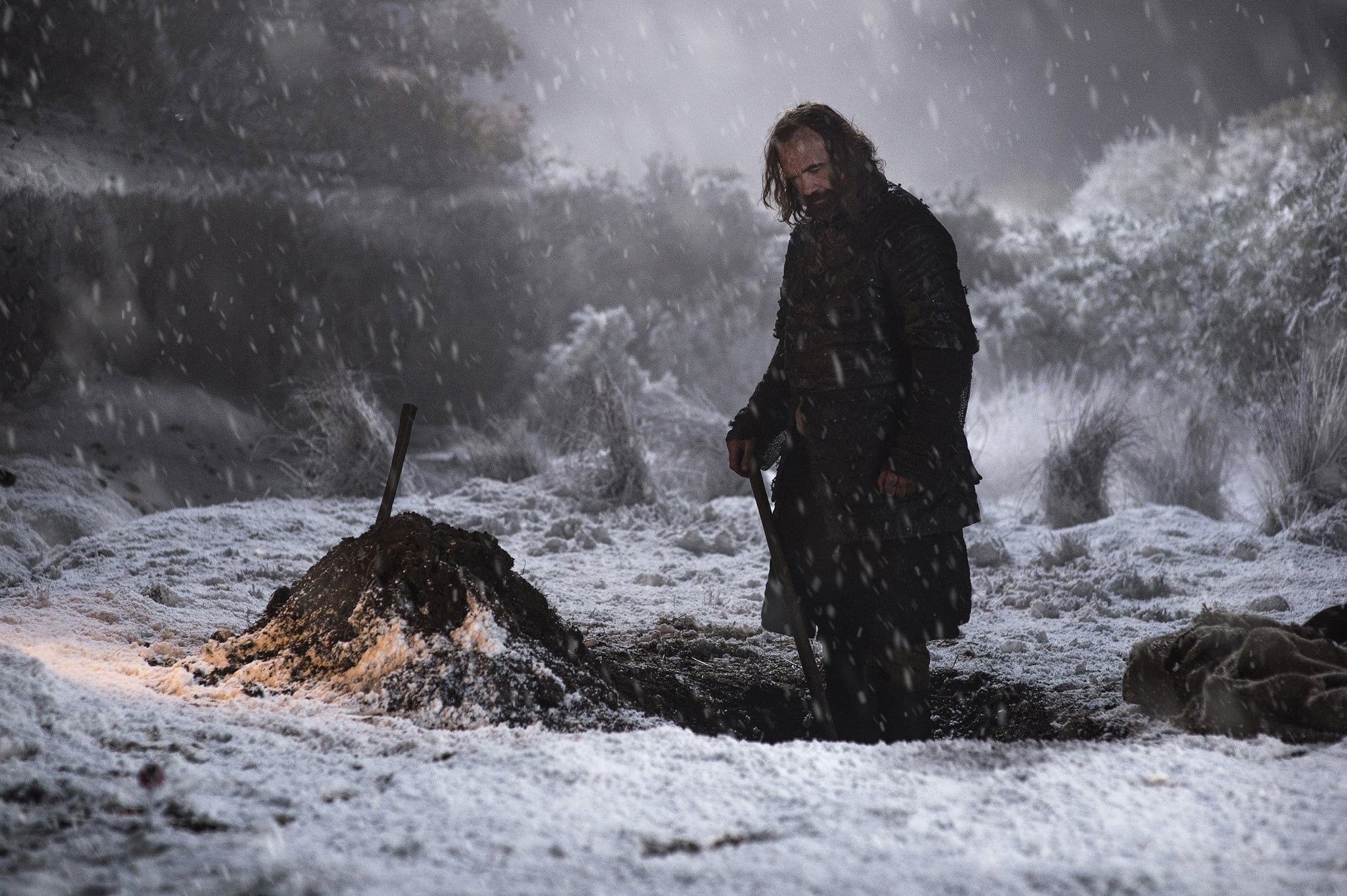