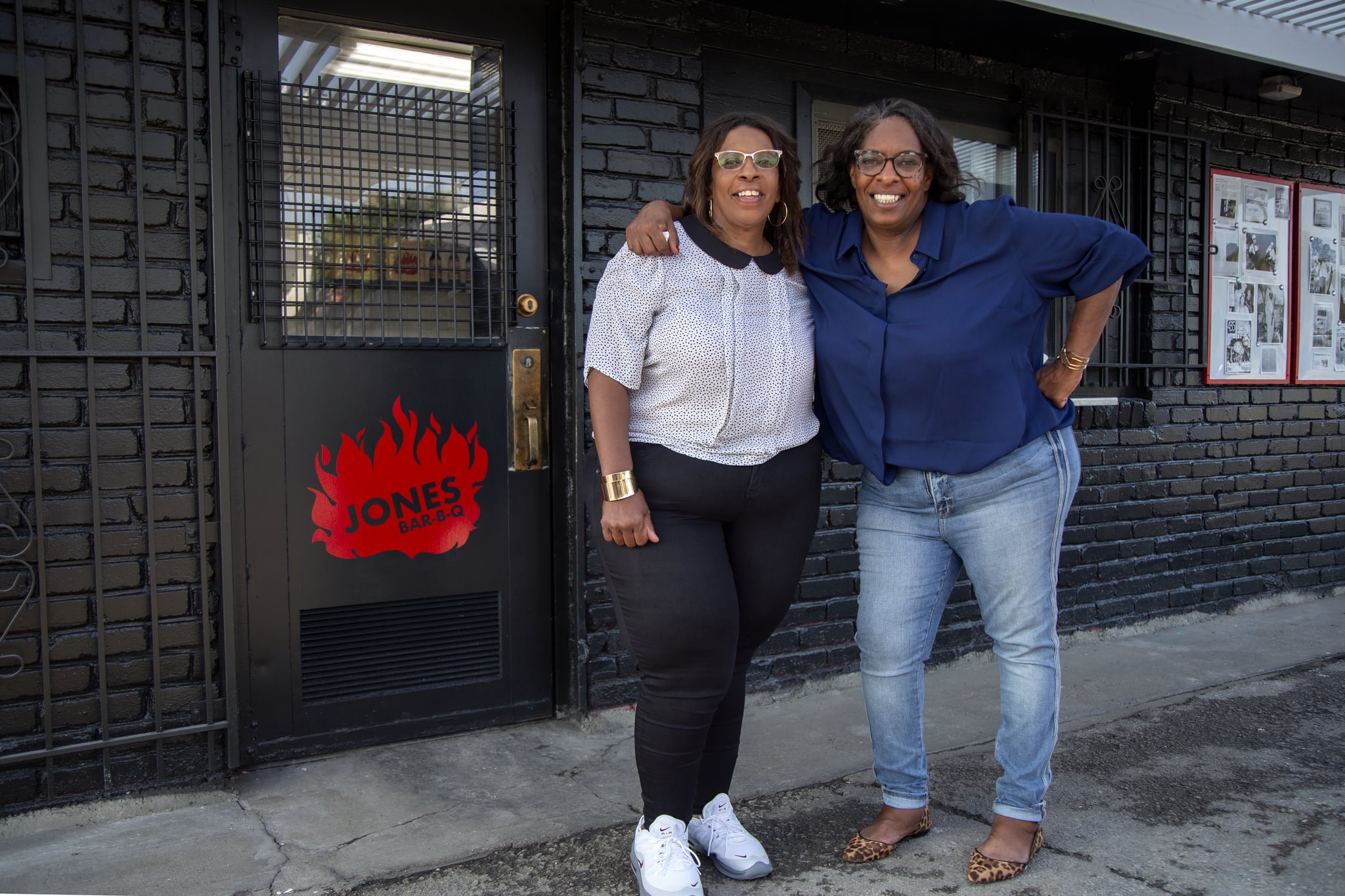 Queer Eye season three hit Netflix on March 15, and the Jones sisters have already made a splash. Deborah and Mary Jones, aka Shorty and Little, stole our hearts when they were featured as the first duo of heroes on the series. Apparently our hearts weren't the only ones, because the Jones sisters' BBQ sauce is now flying off the shelves.

The Kansas City pitmasters carry on their father's legacy at Jones Bar-B-Q but met with the Fab Five when their thriving business took priority over their self-care. Part of Deborah and Mary's journey included bottling their own sauce ($7) with secret ingredients, and now fans are already wondering where to buy it. Well, the sweet and tangy sauce is available online, but be warned — it's selling out quicker than you can say, "Oh, hunny!"

According to Refinery29, the Jones sisters' sauce went out of stock shortly after their episode premiered on Netflix. With the dedicated Queer Eye fan base and Antoni Porowski's claim that they've got "the best barbecue in town," it's no wonder people are searching high and low for the sauce. However, Deborah and Mary are prepared, and you're now able to place orders without issue. The success has been so booming, they sold 11,000 bottles over the weekend. Something tells us the demand for this product will only continue to rise, so grab yours before it sells out again!