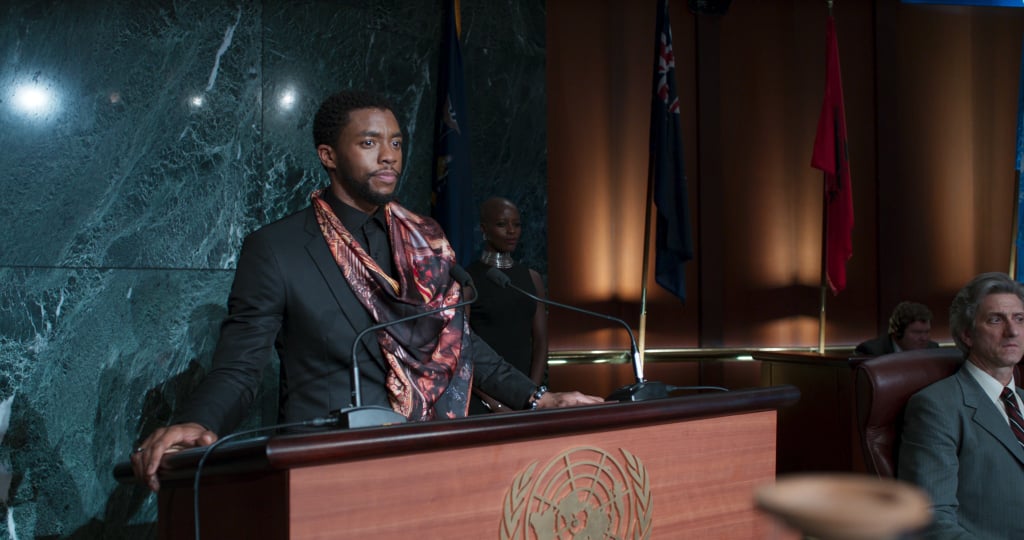 Black Panther has exploded onto the scene with such aplomb that you may not even remember that it's a Marvel movie within the Avengers franchise. The character of Black Panther, aka T'Challa, was introduced in Captain America: Civil War, after all, and before his own standalone movie this year, he was merely a flashy addition to the superhero lineup . . . with claws. One reason you might forget that this movie fits right in to the MCU is that there aren't other Avengers in Wakanda, but there are other supporting characters from Avengers movies that you've seen before (not counting Stan Lee, who always shows up somewhere!). To refresh your memory about when and how you met some of these characters, we've pulled together all of the Black Panther characters you've met before.

This is your first and final spoiler warning!

Previous Next Start Slideshow
Black PantherMovies
Around The Web

Nostalgia
How Well Do You Remember Superbad? Test Your Knowledge With This Quiz
by Amanda Prahl 4 hours ago