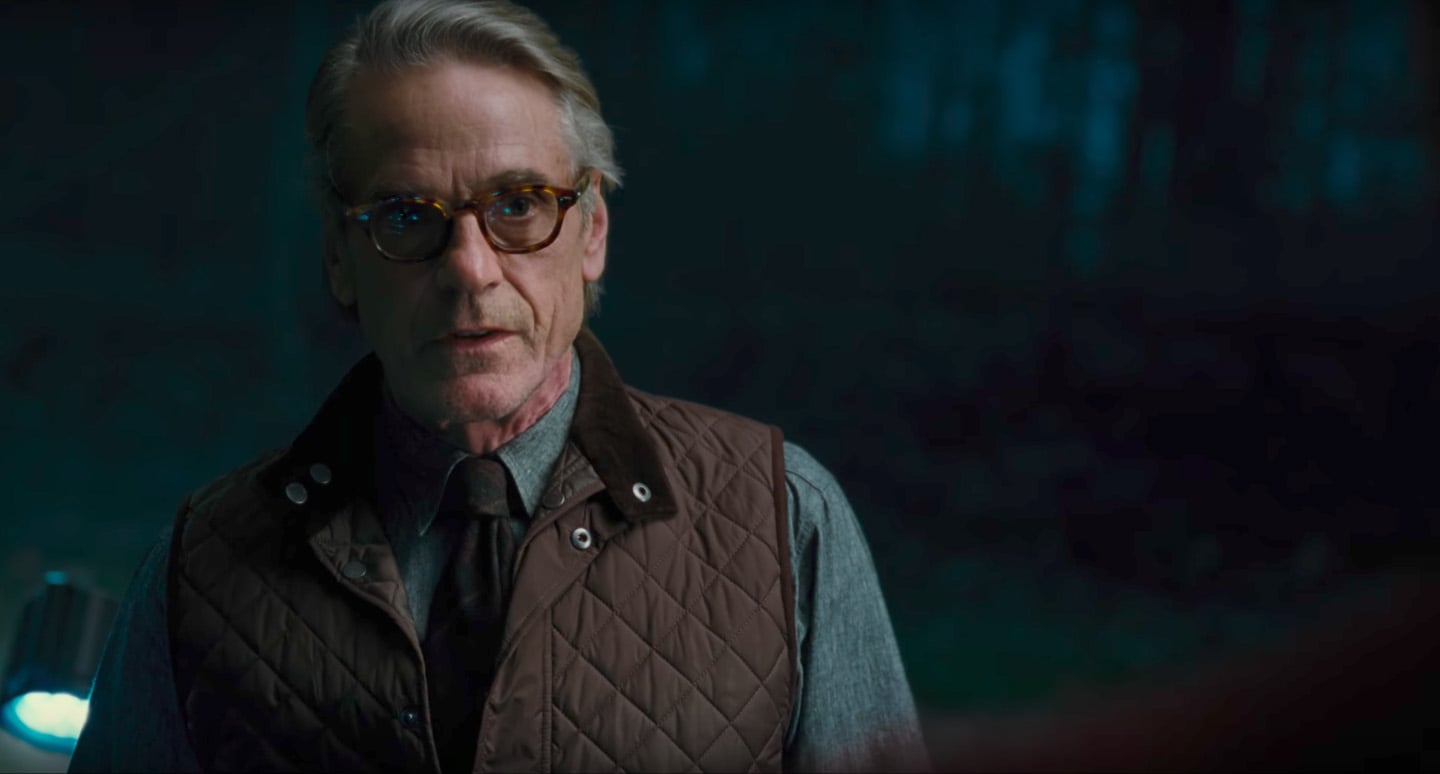 It's the second year in a row that Justice League took center stage during the Warner Bros. panel at Comic-Con! This year, the cast unveiled a brand-new look at the upcoming film, and there's one moment that has us scratching our heads.

At the very end of the trailer, Alfred (Jeremy Irons) is seen working on a car outside at night. "They said you'd come," he says, looking up at a mystery character. "Let's hope you're not too late."

Who is he talking to? We already know how The Flash enters the scene — he's awestruck by Batman — and we've met Wonder Woman. Given how heavily Aquaman and Cyborg are featured in the trailer, it doesn't seem likely that it would be either of them.

Related:
These Photos of Jason Momoa as Aquaman Prove That He's the Perfect Casting Choice

In fact, given the footage released, all signs are pointing to the mystery character being Superman. His death (thanks, Batman) is referenced several times in the trailer, so it seems as though they're setting the stage for his return. Even Gal Gadot mentioned during the Comic-Con panel that fans of Superman will be very happy with Justice League. Is that because the hero squad avenges his death or because Superman himself returns?