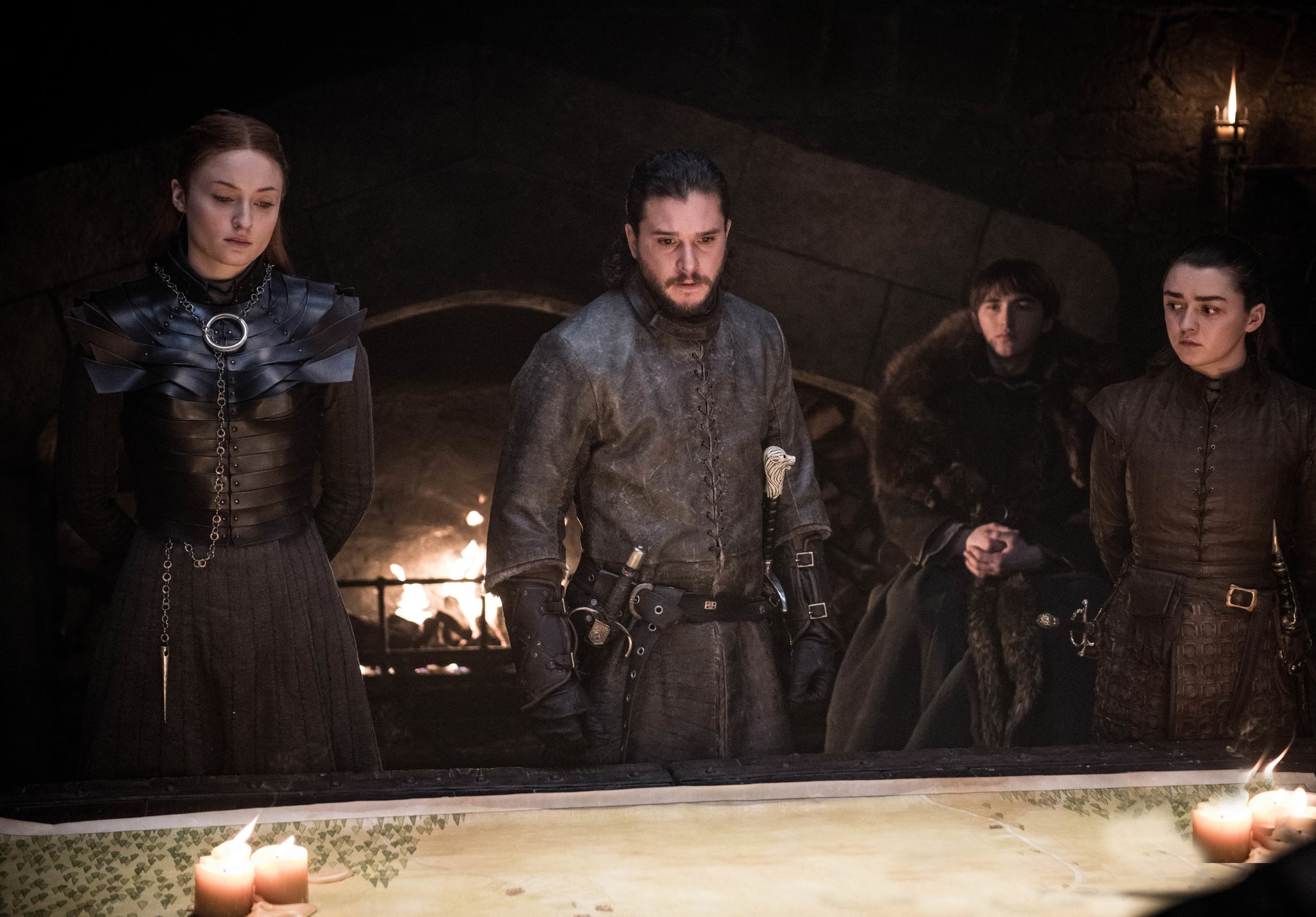 As the battle against the White Walkers looms on Game of Thrones, the cast are quickly splitting into two factions: the warriors who plan to fight on the front lines, and the noncombatants who will stay inside until the battle is through. The latter group is headed to the only hiding place they can find: the crypts of Winterfell, buried beneath the Starks' castle. The crypts have already hosted some of the most important moments of the season so far; most notably, it's where both Jon and Daenerys learn the truth about Jon's parentage. Throughout the catacombs, there are statues of generations of dead Starks, but not all of them are actually entombed there.

As we all know, the most recent generation of Starks die mostly brutal deaths far from Winterfell, so their bodies definitely were not honored with entombment at the family home. To recap: Ned is beheaded in King's Landing, while Catelyn and Robb are stabbed and mutilated at the Red Wedding. We never find out what happened to their bodies in the end, but since they die at the hands of their enemies, we can imagine it wasn't anything respectful.

The Stark crypts haven't just been for the main "ruling" branch of the family — all Starks, supposedly, could be entombed there. That would have included Benjen Stark, Ned's brother who meets Jon Snow during their time at the Wall. However, Benjen dies far from Winterfell, sacrificing himself to save his nephew Jon by luring the White Walkers away from Jon and toward himself. His body is never recovered; it's unclear if his physical body is destroyed or if he is reanimated as a wight.

Out of the Starks we have met on screen, only Rickon, the youngest Stark child, has been buried at Winterfell. After being murdered at the Battle of the Bastards, his body is brought back home. Jon, serving as Lord of Winterfell and the head of the Stark family at the time, orders that Rickon be buried in the crypts alongside their ancestors.

In previous generations, however, the Starks were always buried at Winterfell. The crypts house the remains of several key players in the Stark family. Ned's brother Brandon is buried there, and, more importantly, so is Lyanna Stark, Ned's sister and the true mother of Jon Snow. Her statue is actually seen when Jon is in the crypts, after he's learned the truth about who his parents are.

Why Does It Matter?

Ultimately, the "who" of the Winterfell crypts is less important than the "how" — as in, how were the bodies interred? A popular theory right now is that the Night King will somehow be able to wake the dead in the crypts, who will then destroy all the noncombatants hiding there during the Battle of Winterfell. Theoretically, though, that would only work if the bodies are intact in some way. So if the bodies have decomposed sufficiently, or if they were interred as ashes instead of corpses, then this theory probably wouldn't work. But if not, it's a very creepy and very real possibility that the Starks' dead could rise.