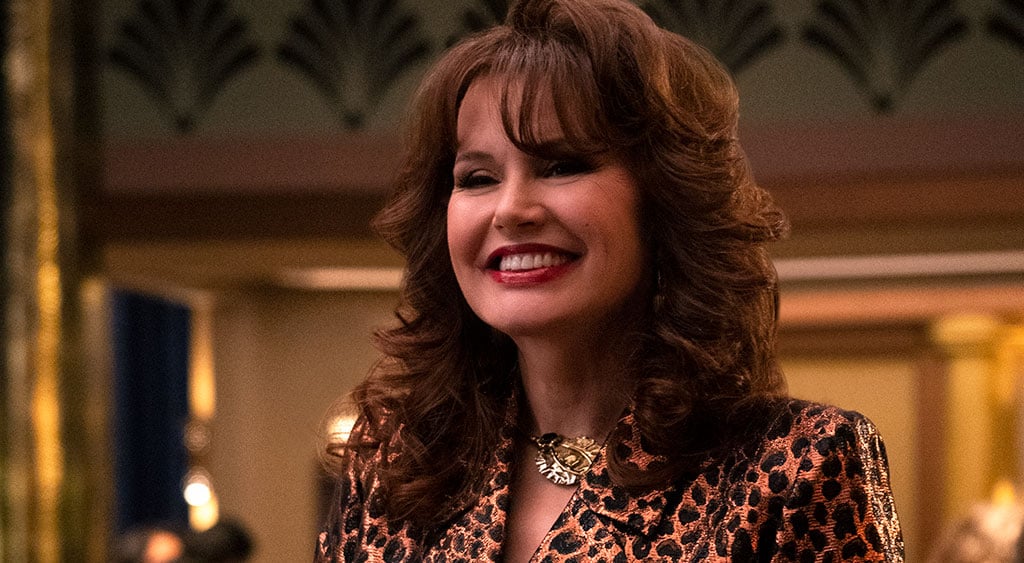 The Girls of GLOW Are Getting a New Boss in Season 3: Geena Davis!

There are still a few months to go until GLOW's third season debuts on Aug. 9, but in the meantime we have a pretty exciting piece of news to tide you over until then: Geena Davis is hopping in the ring with the cast in Las Vegas!

The Oscar and Golden Globe-winning Hollywood icon will guest star in five of the 10 episodes of the female wrestling comedy, playing Sandy Devereaux St. Clair, a former Las Vegas showgirl who's now the entertainment director of the Fan-Tan Hotel and Casino. Unlike the previous two seasons which were located in Los Angeles, the third season sees Ruth, Debbie, and the rest of the crew traveling to Vegas to headline at Sandy's casino, where they discover that for all its glitz and glamour, Sin City is a hell of a lot of work.

So, will Sandy be a villain-type who's threatened by a crop of new, younger women? Or will she help the glamorous ladies of wrestling fit in and make it big? Our bet is on the latter. Ahead, see how the cast has reacted to the announcement about Davis, as well as Netflix's cheeky video spotlighting her character.