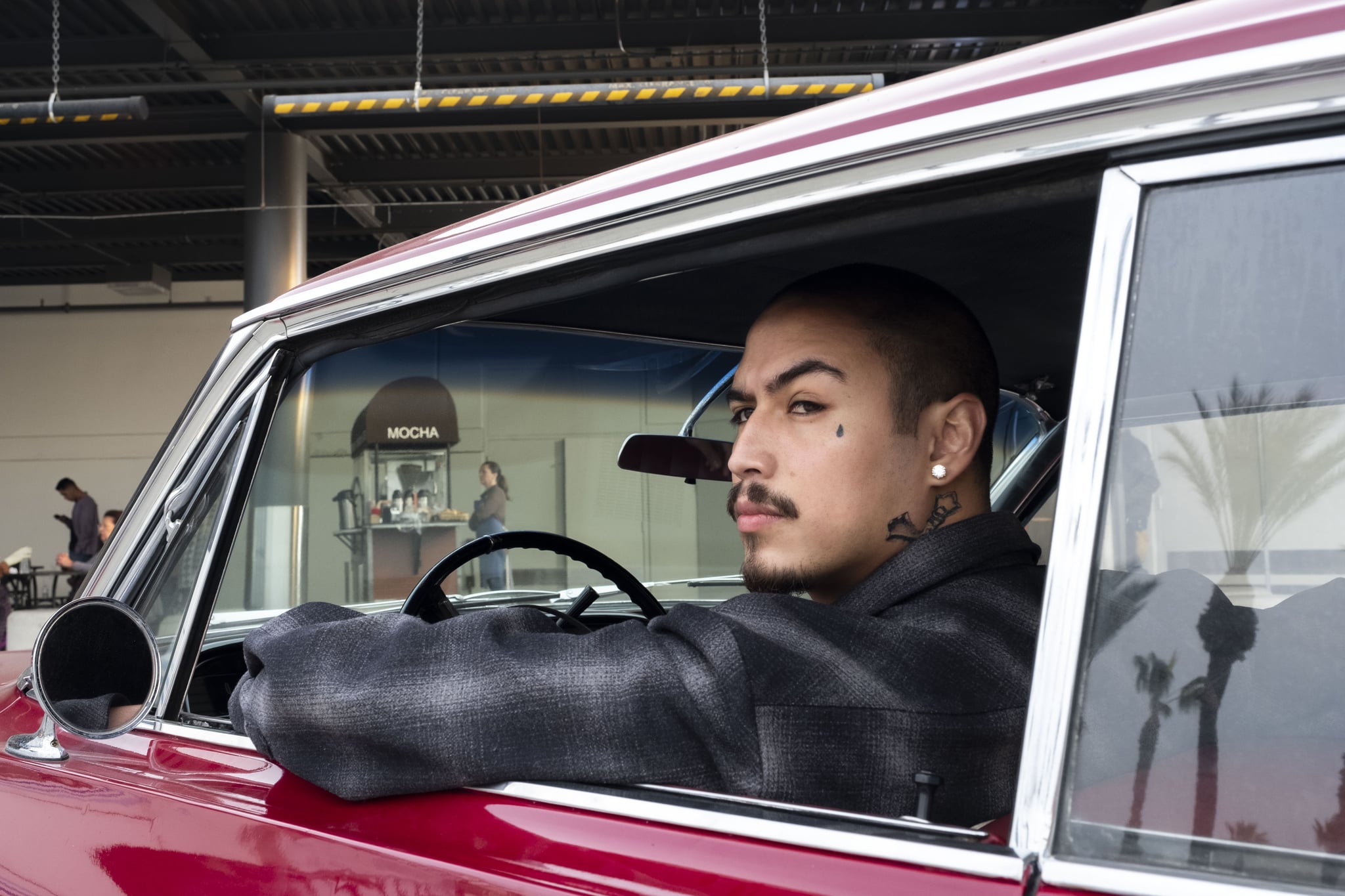 Every now and then you come across a TV character who you know you're not supposed to be attracted to — they're rude, they're manipulative, they're dangerous, they're "the bad guy" — but you just can't help yourself. It's why you find Jamie Dornan's serial killer character in The Fall irresistible sometimes (it's OK! Just admit it!) and why you crush so hard on Jaime Lannister in Game of Thrones despite his, um, sister problem. They're edgy! And handsome! And you think you can change them! Well, we have another addition to the problematic crushes list: On My Block's Oscar "Spooky" Diaz.

Netflix's coming-of-age comedy quickly became one of our favorites last year thanks to the diverse cast and season one's incredible soundtrack and truly shocking finale. Season two is just as great, with another selection of high-quality jams, emotional performances from the leads, and an answer to what happened to Olivia. And, as expected, the second season has only further softened our spot for Cesar's older brother, Oscar.

Related:
Latrelle Is an Important Part of On My Block Season 2 — Meet the Actor Who Plays Him

The character is the Santos gang leader in their South Central LA neighborhood who we meet in season one fresh out of a stint in prison. He has no problem forcing Cesar to join up, ordering him to skip school to make drug deals. Later he even hands Cesar a gun and tells him to take care of some business. But there's also a really sweet, protective side to Oscar that we see in season one's "Chapter 8." He makes it clear that although he's rough around the edges, his top priority has always been keeping his little brother alive.

In season two, however, things between Cesar and Oscar are rockier than ever. Since Cesar was unable to follow through with his plan to take out Latrelle, Oscar disowns him, leaving Cesar homeless for much of the season. It's crushing to watch Oscar pick his allegiance to his gang over his own brother, but the show does an excellent job of explaining why that is, and making the audience feel empathy for both Cesar and Oscar. Of course, by the end of the second season, they reunite and pull off one hell of a stunt, once again solidifying our crush on Oscar.

If your not-so-secret Oscar obsession has you wondering about the actor who plays him, look no further than Julio Macias! To be totally honest, we did a double take when we saw his IRL photo. Without all the neck tattoos and Oscar's shaved head, Macias looks totally different (albeit still ridiculously attractive). 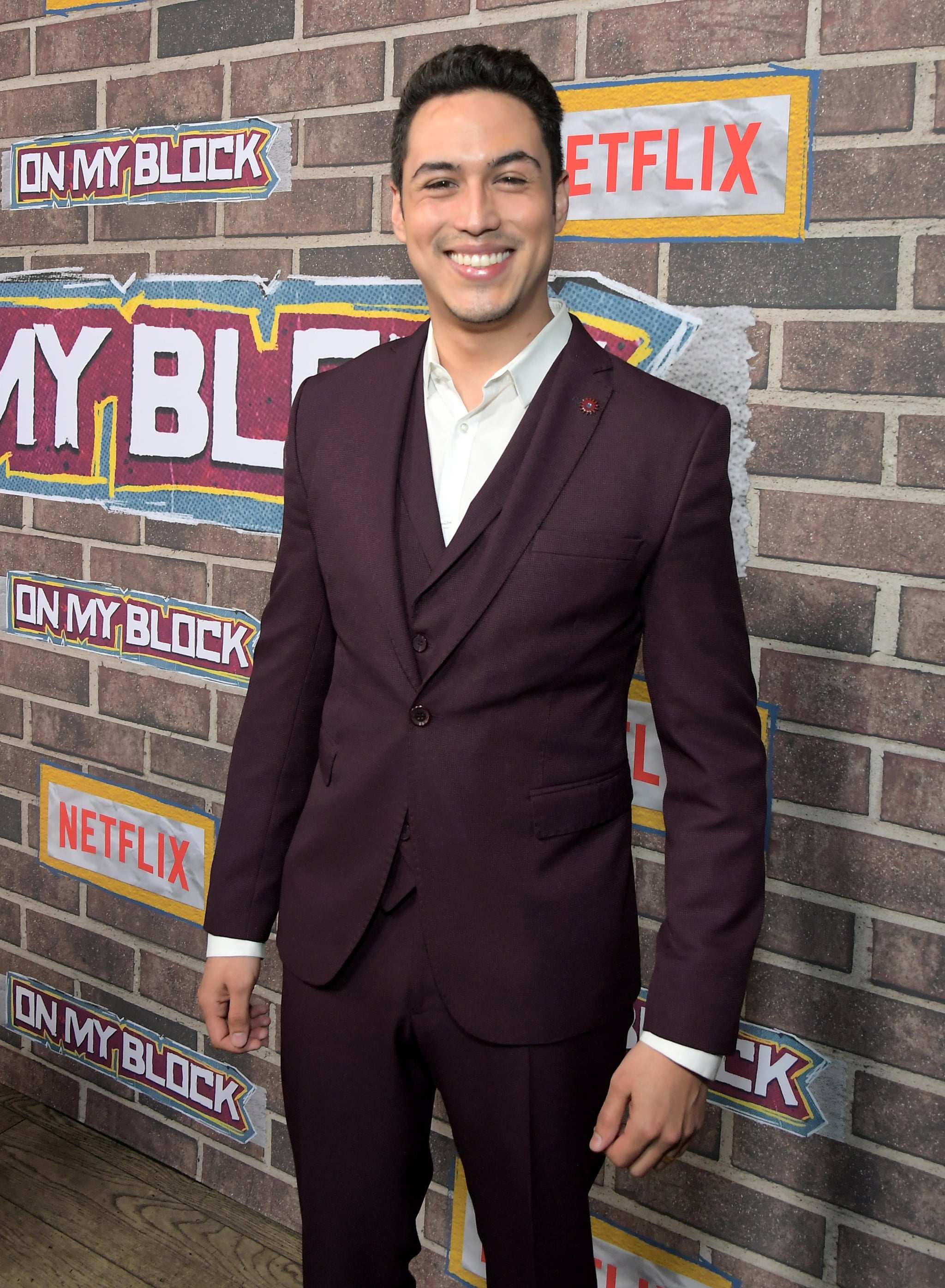 Before appearing in On My Block, he scored a part in the TV miniseries La Vida es Como el Cine as well as Game Shakers, Jane the Virgin, and a number of film shorts. Just because we're still waiting for confirmation that On My Block will return for season three (c'mon, Netflix, we all need more Oscar in our lives), that doesn't mean Macias has to be out of your life completely. You can see him next in the thriller The Last Boat to Alcatraz, check out his recent appearance in an episode of S.W.A.T., or catch up on his life via Instagram.