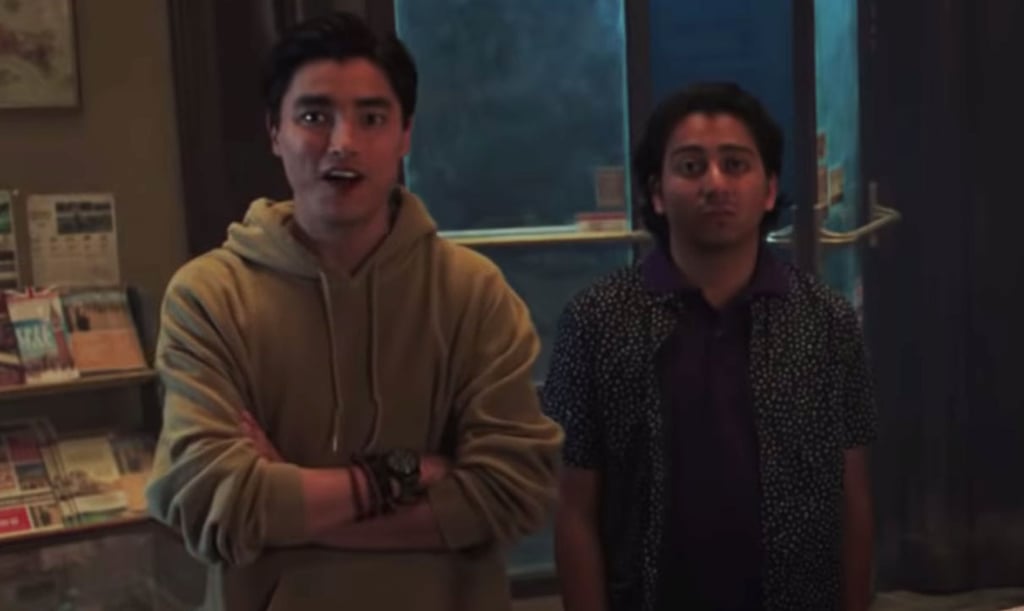 The Actor Who Plays Brad Davis in Spider-Man: Far From Home Is Equal Parts Hot and Talented

Spider-Man: Far From Home features some of our favorite returning Marvel stars, including Tom Holland (Peter Parker/Spider-Man), Jacob Batalon (Ned), and Zendaya (MJ). But there are also some new, insanely attractive faces gracing the big screen with their presence (*cough, cough* Jake Gyllenhaal *cough, cough*). One of the standout hunks is the character Brad Davis, who competes with Peter for MJ's attention. So, who plays him? Say hello to 32-year-old Remy Hii.

In the comics, Brad is the star quarterback at Empire State University where he and MJ date. But in the MCU, he's introduced as a suave ladies' man, amassing countless eye-rolls and side-eyes from Peter. When half of all living things get snapped to dust in Avengers: Infinity War — an event dubbed "the blip" — those who disappear into oblivion don't age within the five years it takes for the Avengers to get back on track and ultimately defeat Thanos. Spider-Man: Far From Home reveals that Peter, Ned, and MJ were all dissolved before coming back at the same age. However, those who were left behind did get older within those five years. That includes Brad, who received a whopping dose of puberty and suddenly turned into one of the school's hotshots.

Of course we're rooting for our friendly neighborhood Spider-Man in the war of testosterone, but it's hard not to find Brad cute because, I mean, just look at him. And if his charming smile isn't enough to make you swoon, his extensive acting résumé probably is. After graduating from the National Institute of Dramatic Art in 2011 and starring in a handful of theater productions, Hii landed some pretty impressive roles on TV.

In 2013, he was the lead in Australia's television biopic Better Man in which he portrayed the infamous drug trafficker Van Tuong Nguyen. Additionally, he's accumulated TV credits from Australian soap opera Neighbors and the series Sisters. One of his most notable roles on the small screen was his depiction of Prince Jingim in Netflix's drama Marco Polo, which ran for two seasons from 2014 to 2016. Currently, Hii is starring in ABC's Harrow as Simon Van Reyk and is set to play a character named Luen in the upcoming show Jane the Novela (a spinoff of CW's Jane the Virgin).

But you very well may know Hii from his role in the box office hit Crazy Rich Asians. In the romantic comedy, he plays Alistair Cheng — one of Nick Young's (Henry Golding) cousins who is dating soap opera star Kitty Pong (Fiona Xie).

Even with all this experience, it seems as though Hii's career is only taking off. I, for one, am very excited to see what else he makes an appearance in so that I can support the arts. For now, keeping reading to see Hii's biggest roles to date!

Related:
We're Far From the Endgame — Here Are All the Films Coming Up in Marvel's Phase 4
Previous Next Start Slideshow
TVMoviesRemy HiiSpider-Man: Far From Home