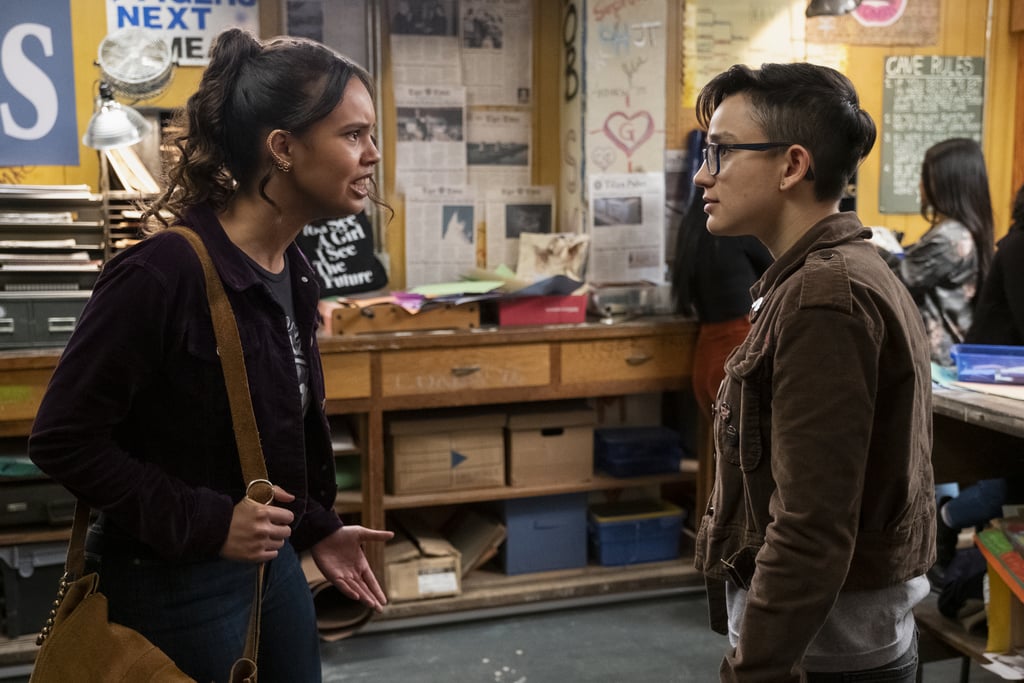 13 Reasons Why: Casey Is Not the First Outspoken Character Bex Taylor-Klaus Has Played

Casey might be an unfamiliar character in 13 Reasons Why, but Bex Taylor-Klaus, who plays this role, is someone we already know. Tough, outspoken Casey is part of Jessica Davis's Hands Off group of students fighting against rape culture. This bold role is not a far cry from Taylor-Klaus's real life, or from some of the other awesome characters they've played. Taylor-Klaus's first breakout role was as Bullet on the third season of the crime drama The Killing. Fans of the superhero Arrow-verse will also recognize them as Sin, a streetwise teenager-turned-minor-superhero on the flagship series, guest starring over several years. Taylor-Klaus has also appeared on House of Lies as a genderqueer basketball player and as Audrey on Scream, as well as appearing on Netflix as Willowdean's brashly feminist friend in Dumplin'.

Many of Taylor-Klaus's roles have been playing outspoken, noncomformist characters who are also members of the LGBTQ+ community. This definitely is not far from their own life. They are openly nonbinary and identify as "v. gay", according to one of their own tweets, and they're engaged to actress Alicia Sixtos. Much like several of their characters, Taylor-Klaus is bold and outspoken about issues of gender and sexuality, as well as the need for more diverse representation in entertainment and beyond.

"There's so much in this world telling you to be something different and that's so detrimental. I'd rather have kids see something and go, 'It's okay to be me,'" they said in a 2018 interview with Autostraddle. Keep reading for some of Taylor-Klaus's best Instagrams, and keep an eye out — we're pretty sure they've got a big future ahead!