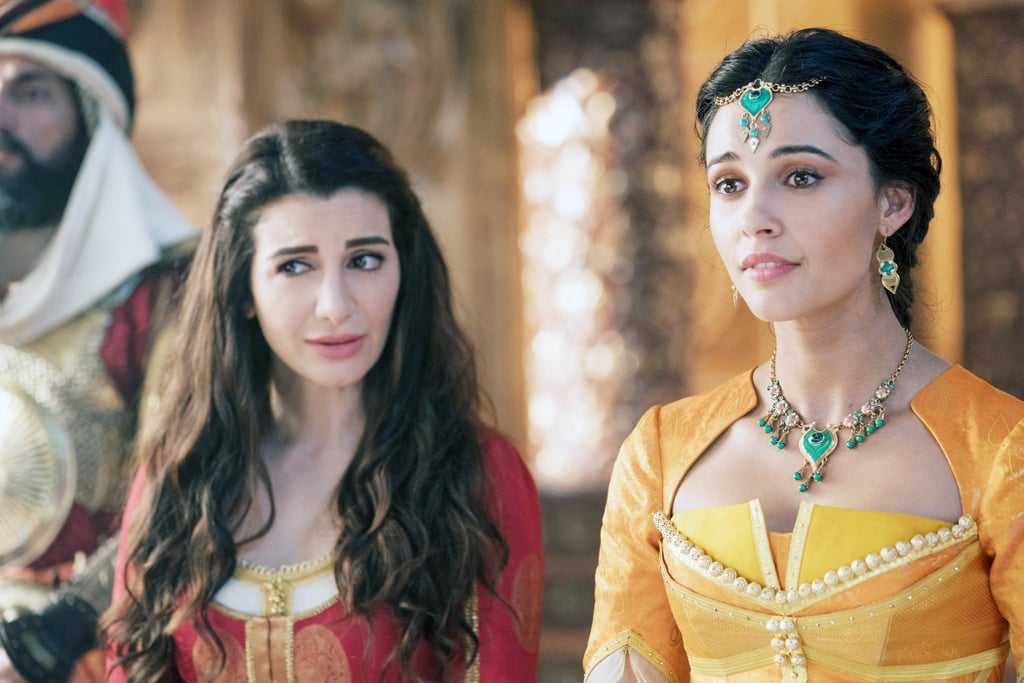 A Round of Applause For Nasim Pedrad, Who Steals Every Scene in Aladdin

While it's always hard to see beloved movies reworked as they fall prey to the endless reboot trend currently sweeping Hollywood, rest assured that most of the updates in the live-action version of Aladdin are good ones. There's a hell of a lot more Parkour, for instance, and we get to see the Genie (aka Will Smith) spend quite a bit of time in human form (which is great, since his blue alter-ego is a little unsettling). You should also be prepared to meet a few new characters.

Like Billy Magnussen's doofy Prince Anders, the character of handmaiden Dalia — Jasmine's hilarious and loyal confidante — is a brand-new addition to the classic tale. The fact that she steals nearly every scene she's in should come as no surprise when you remember who's playing her: comedy queen Nasim Pedrad. The 37-year-old actress has been in everything from Saturday Night Live to the Despicable Me sequel, racking up laugh-out-loud one-liners along the way.

Curious about which shows and movies you should check out now that you've seen Aladdin and need more of Pedrad's humor in your life? You've come to the right place. Ahead, check out her most notable roles so far, including our personal favorite (her Arianna Huffington impression on SNL, obviously).

Related:
Excuse Me, Why Is the New Aladdin Wearing a Shirt?
Previous Next Start Slideshow
DisneyAladdinMovies

Family Travel
Fireworks Are Returning to Disneyland and Walt Disney World, and We Are Bursting With Excitement
by Megan duBois 18 hours ago