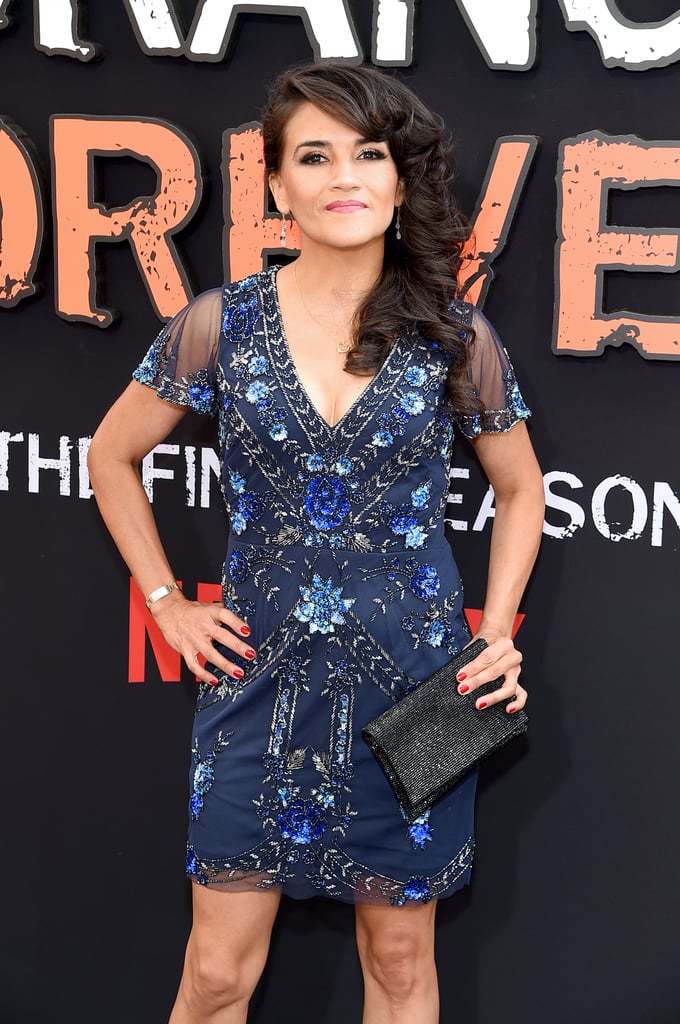 When Orange Is the New Black introduced the Immigration and Customs Enforcement detention centers at the end of season six, viewers didn't know what to expect. But in the third episode of season seven, we meet Karla Córdova, one of the most compelling characters in the entire series, and one whose heartbreaking story is the same as what many immigrants endure in real life. Actress Karina Arroyave plays Karla, a widow and mother to two young boys who's detained at PolyCon's ICE center for illegal immigration. After her husband passed away, she worked at a law office where she learned the ins and outs of the legal system. She isn't a lawyer herself, but Karla knows enough to have her trial pushed back as she does more research. Karla's story is gut-wrenching — from the conversation she has on the phone with her kids, to her relentless hope to reunite with her boys, and finally the dark desert scene in the last episode. She saves Blanca's life, but in the end, presumably loses hers upon returning to El Salvador.

Whether you realize it or not during OITNB, Arroyave has likely graced your screen before. She played Rita Martinez in the movie One Eight Seven with Samuel L. Jackson, Elizabeth in Crash, and Jamey Farrell on 24. She's also had smaller roles on NYPD Blue, Law & Order, and Blue Bloods.

Following the season seven premiere, Arroyave shared what playing Karla means to her on Instagram. "This role has meant more to me than I could ever express. Karla touched my soul so deeply and it was an honor to be able to tell her story. I loved working on the show so much! It was one of the greatest experiences of my life," she wrote. "Here's to what has always been the heart of the show: giving a voice to the voiceless and seeing life through the lens of compassion & humor."

It's not often that fans become so attached and invested in a new character's story, but Arroyave's portrayal of Karla was both captivating and heartbreaking. See what fans are saying about Karla ahead, and then brush up on why every Orange Is the New Black inmate landed in prison.

Related:
Here's How and Where All of Your Favorite Orange Is the New Black Characters End Up
Previous Next Start Slideshow
Orange Is The New BlackNetflixTV