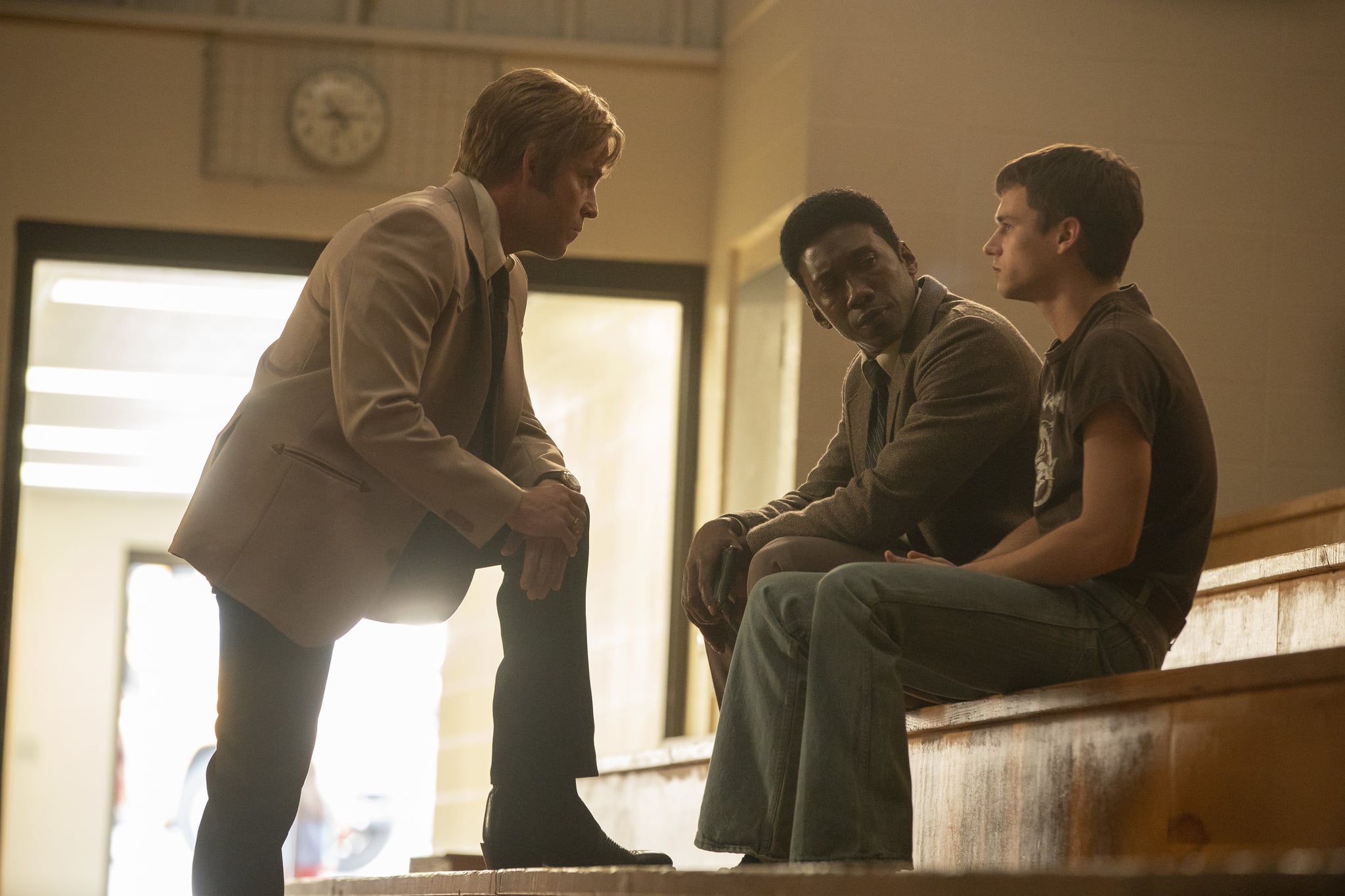 If you've been analyzing True Detective season three frame by frame like we have, chances are you've noticed a familiar face. No, we're not referring to Oscar winner Mahershala Ali. We're actually talking about one of our favorite breakout stars, Brandon Flynn.

Our beloved reformed bad boy from 13 Reasons Why has been popping up in the third season of the crime show, and we think there's a possibility he might be around for a few more episodes. Flynn plays Ryan Peters, a teenage boy who hangs with a troublesome crowd. On the day Julie and Will Purcell go missing, witness testimony reveals Peters and his two friends crossed paths with the two children. Following the children's disappearance, Peters is brought in for questioning, and he is interrogated about his Black Sabbath T-shirt (to determine his interest in the occult). While Flynn is only listed in the first two episodes of True Detective on IMDB, we wouldn't be surprised if this was just a way to keep audiences guessing.

Flynn's True Detective casting was announced back in February 2018, along with Michael Graziadei (Good Girls Revolt), who plays creepy Uncle Dan. The Miami native has been relatively quiet about his new role, other than an Instagram post. "'Touch darkness and darkness touches you back...' ready to join True Detective Season 3 🙌 📸" he wrote.

Flynn's acting abilities in the third season have managed to both impress us and terrify us at the time time. But ever since his huge recurring role on 13 Reasons Why, we've been major fans. Flynn's character Justin Foley managed to win over audiences with his edgy, misunderstood character, who eventually ends up completely redeeming himself to save his girlfriend, Jessica Davis, at the end of season two. According to Flynn's Instagram and IMDB, we can definitely expect Justin Foley to return for season three, so we have plenty more Flynn to look forward to.

Years before 13 Reasons Why, Flynn caught the acting bug at 10 years old, when he played Mr. Smee in a musical production of Peter Pan. After that, he graduated with a bachelor's degree in Fine Arts from Rutgers University. He's since been cast in several commercials, and he's gotten a ton of theatrical experience in plays like Much Ado About Nothing and The Crucible. He got his first big break in 2016 satirical TV series BrainDead. And, of course, in 2017, he earned the 13 Reasons Why role that put him on the map.

Since then, he's starred in short film Binge, and a movie called Looks That Kill, which is in post-production, according to IMDB. In 2019, his films The Liar and 1917 are also slated for releases. We also knew him as one half of our favorite couple, but unfortunately in June 2018, he and Sam Smith called it quits.