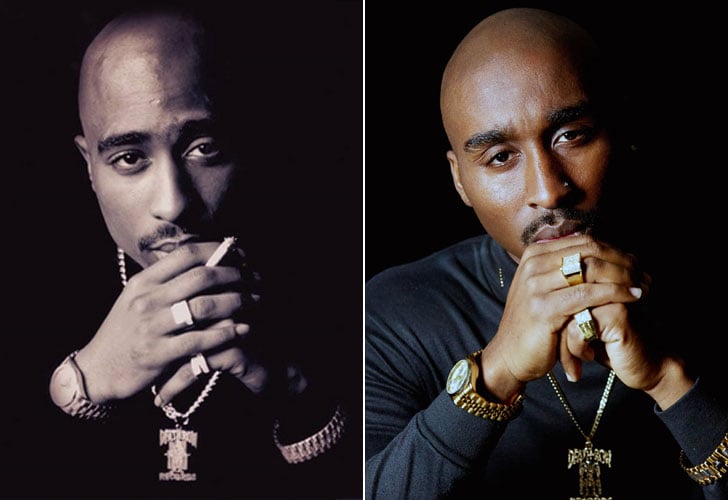 Of all the biopics that have come down the pipeline over the years, few have nailed their casting as well as All Eyez on Me. The drama follows the sprawling life and death of hip-hop superstar, actor, poet, and activist Tupac Shakur, with Hollywood newcomer Demetrius Shipp Jr. stepping into the gone-too-soon icon's shoes. Shipp Jr. embodies Shakur perfectly, a performance which is helped in a large part by the insane physical resemblance between the two (Lifetime, take note). So, who is Demetrius Shipp Jr.?

All Eyez On Me is the 28-year-old actor's first role, and he recently revealed to People that he "never aspired to act." Fortunately he feels a strong connection to the message Shakur spread before his untimely death in 1996. "He was real, he had a message, and he spoke for the people — impoverished people of all classes," Shipp Jr. praised Shakur in Entertainment Weekly. "He was definitely against people of a higher class. He questioned what was going on, and he used his platform to be a voice of change."

To prepare for the role, Shipp Jr. — who previously worked at Target and installed satellites for Dish Network — "researched and watched Tupac" all day. "If I was about to eat, I would turn on Tupac. When I was going to sleep, I would turn on Tupac and watch that until I fell asleep," he said. "Throughout the night, it would just be playing so that if I woke up in the morning, the first thing I would do was watch Tupac." He has another movie, #unlock'd, due out sometime soon, but in the meantime let's obsess over the uncanny resemblance between him and Shakur.