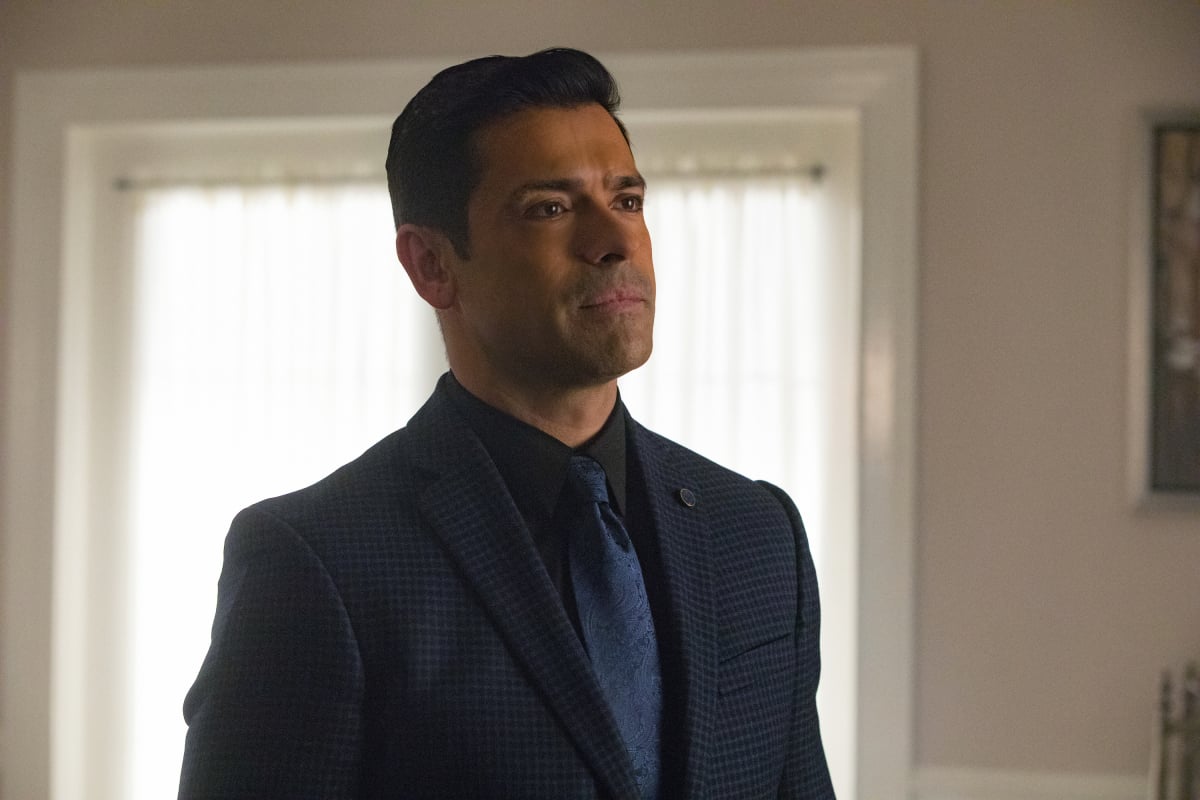 Riverdale season three just got even more interesting. During Comic-Con, creator Roberto Aguirre-Sacasa revealed that there would be a flashback episode in which the main cast would be playing younger versions of their parents. While Cole Sprouse and Lili Reinhart could easily pass for Skeet Ulrich and Mädchen Amick, we couldn't help but wonder who would play young Hiram. Well, it seems the show has found the perfect person for the role: Mark Consuelos's real-life son.

Entertainment Weekly recently confirmed that Consuelos's eldest son, Michael, will be playing a younger version of his character in the upcoming episode. We have to say, it's spot-on casting — the 21-year-old is the spitting image of his famous father. Though Michael has had a few voice roles on shows like Duck Dodgers and Go, Diego! Go!, Riverdale will be his first onscreen acting role. We can't wait!