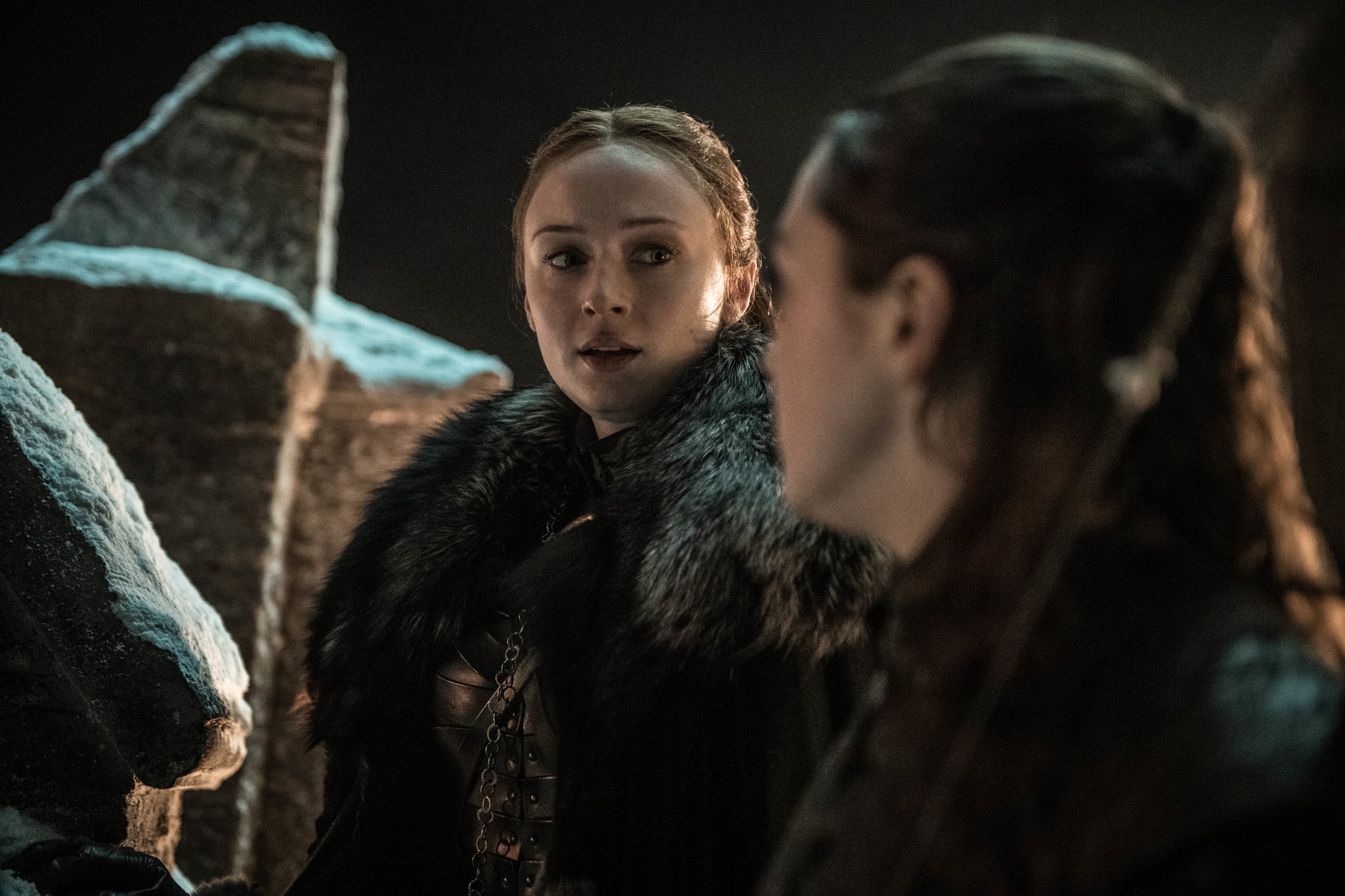 The North may have many people ready to defend it on Game of Thrones, but let's be real here — not everyone present at the Battle of Winterfell is well-equipped for actual fighting. Arya Stark has certainly proved herself to be more than capable in killing, but her sister Sansa doesn't quite have as much experience. Since everyone believes the crypts to be safe, Arya tells her to stay there and gives her a dagger to protect herself before everything goes down. Arya's advice on how to use it are words we've heard before: "Stick them with the pointy end."

It's hard to believe, but before reuniting in the North in the final season, the last time Arya and Jon see each other is in the second episode of the very first season. Even back then, Arya displays an interest in fighting, which prompts Jon to get Winterfell's blacksmith to make a sword for Arya before he heads off to join the Night's Watch. She names it Needle, and Jon's advice for handling it is to "stick them with the pointy end." When her father later discovers Needle and asks if she knows how to fight, she repeats the same words. Ned laughs, but eventually allows her to train in sword fighting.

At that point, Arya is still an innocent kid, but as the series goes on, she grows into the absolute badass we all know. She becomes an adept fighter and ends up with more than just Needle in her artillery, including a custom-made staff forged by Gendry. On the other hand, Sansa has relied more on her intelligence to survive. Though she's has played her role in killing people (like sicking Ramsay Bolton's own dogs on him and ordering Littlefinger's execution), she hasn't had to kill anyone with her hands and a weapon just yet, putting her in the same position Arya was in with Jon way back when. She seemed ready to stick a bunch of zombie Starks with the pointy end of her dagger down in the crypts of Winterfell, but she didn't actually have to. Could this be foreshadowing that Sansa will have to defend herself again in a coming battle? If Arya's arc is anything to go by, we'd say Jon's advice is pretty good, and Sansa has a good chance of survival.

And of course, in the biggest moment of the war with the undead, Arya gets her chance to follow that advice, too. Yes, she kills a bunch of wights, just like everyone knew she would. But she also uses her new weapon to pull off the biggest kill of them all — she stuck the freakin' Night King with the pointy end! She's come a long way from being a little girl at Winterfell who didn't know how to fight. With the biggest threat in the North gone and everyone moving on to King's Landing, we can only imagine that Arya will get even more chances to use her weapons again.