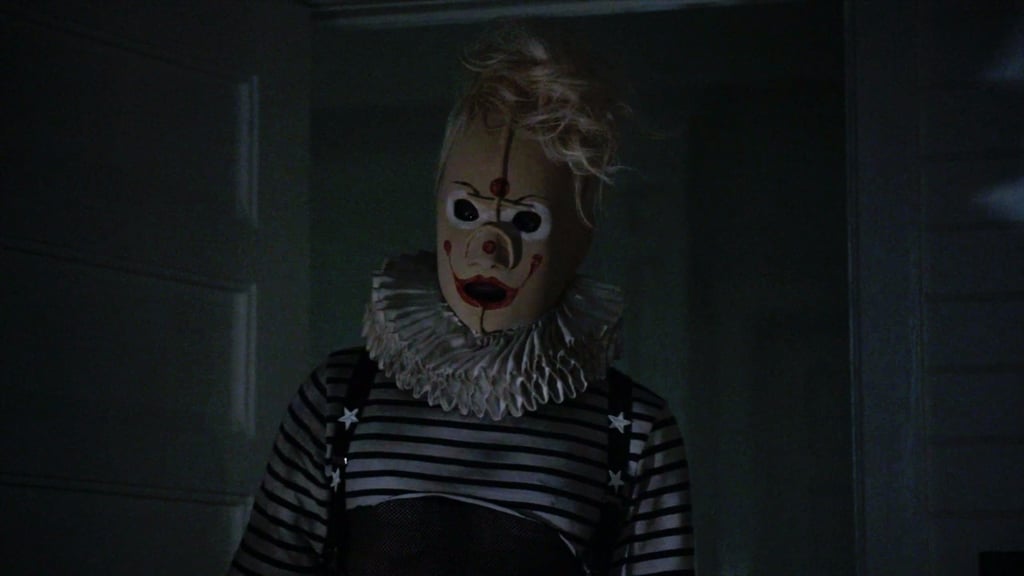 A Clown Finally Spoke on American Horror Story! Here's Who It Could Be

A clown has spoken. In the second episode of American Horror Story: Cult, one of the masked clowns breaks his silence for a split second. Naturally, fans are already theorizing about who that slightly familiar voice might belong to.

In case you missed it, there's a scene toward the end of the episode where Ozzy is woken up by one of the clowns who is tiptoeing through his bedroom. Following advice previously given to him by Winter Anderson, sweet young Oz simply asks the clown, "Am I asleep? Or are you real?" The clown replies, "You're asleep." Obviously, the clown is a damn liar because his whole squad later terrorizes Oz's mom, Ally, in a very real way. Aside from that, holy sh*t, he spoke! They can speak!

While we can't really gather too many clues from the clown's mime-like Harlequin costume, we can make a few predictions based on his voice. Here's what we can gather: the clown is a man, he sounds young, and his voice is rather soft and calm. After listening to that one scene for the umpteenth time (you're welcome), here are our theories.