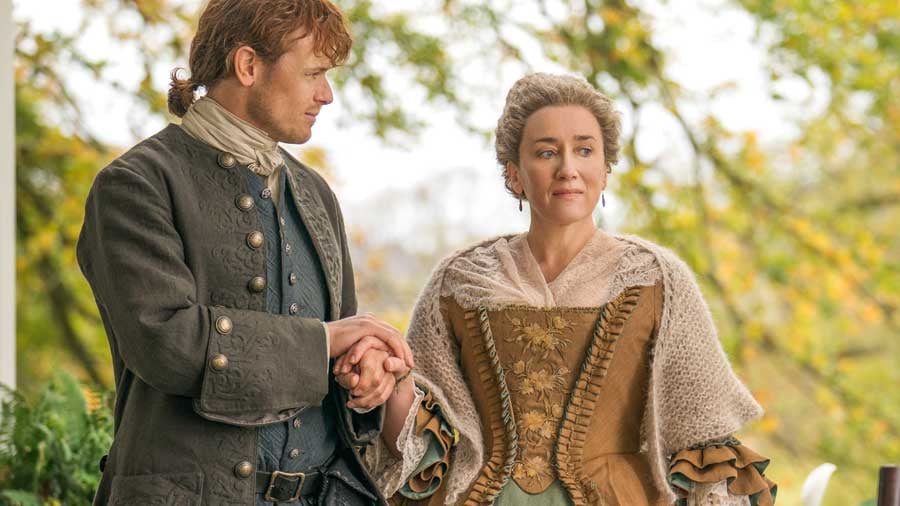 In the second episode of season four, Outlander introduces a new character who becomes an important figure in Jamie and Claire's new life in America. Her name is Jocasta Cameron (Maria Doyle Kennedy), though her maiden name was Mackenzie. She is Jamie's mother's youngest sibling, the sixth child and fourth daughter in the family.

The capable, formidable woman is thrice married and widowed and has also buried three daughters (Clementina, Seonag, and Morna), but she doesn't let any of that slow her down. Kennedy told E! Online in an interview that Jocasta "does not suffer fools at all — and she sees fools everywhere."

Related:
All the Reasons You Recognize This New Outlander Actress

Non-book readers may be wondering how and why Jocasta is blind. On the show, the affliction is never addressed. In the book, it comes up for Claire a few times. First off, it takes everyone a while to realize that Jocasta can't see. She is so familiar with her plantation and her right-hand man, Ulysses, is so familiar with her habits that she navigates her world with ease. It takes the arrival of a skunk in the house for Claire to realize that Jocasta is blind.

The only time Jocasta addresses it directly is when she informs Claire that she "can see nothing but light" and that "the light of the sun causes [her] pain, so [she] must shield [her] eyes when venturing out." 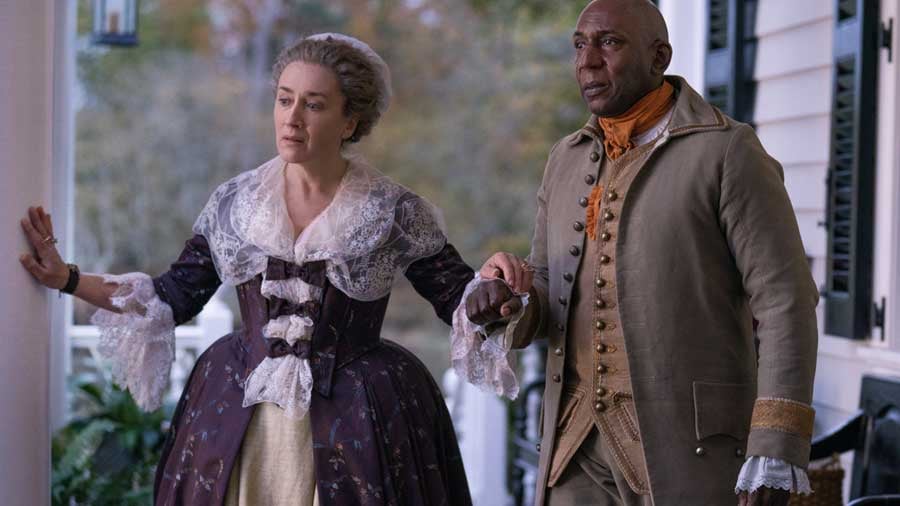 Claire surmises that glaucoma, a degenerative condition that damages the optic nerve, is the likeliest culprit. It takes about a decade to lose one's sight completely, though in modern times there are treatments that can prevent serious vision loss. Back then, not so much. And even in 2018, scientists are still trying to figure out exactly what causes the eye pressure that leads to glaucoma, so preventing or treating it in 1767 would have been nearly impossible.

Despite how capable Jocasta is at running things on her plantation, the men of the time bristle at dealing with a blind widow as the master of the estate. She is also seen as an easy target for marriage, so when Jamie refuses her offer of becoming master of River Run, she later finds her fourth husband in Duncan Innes, a friend of Jamie's from his time in Ardsmuir Prison. Jocasta isn't in love with him, but he's a good man and their marriage keeps would-be vultures away from her plantation.

Kennedy told E! that playing a blind woman has been a surprising challenge for her as an actress because until she couldn't meet people's eyes, she hadn't realized how much we take our cues from eye contact.

Related:
Why Outlander's Rollo Is Not the Irish Wolfhound You Pictured From the Books

"It's been very challenging in a way I hadn't quite expected. I hadn't done it before and in the days and weeks leading up to coming over here, I was practicing. I was trying to figure out how I was going to move around, what a difference it would make to my body . . . I practiced trying to de-focus my eyes a little bit," says Kennedy. "But I didn't really comprehend what it would mean to me until the very first scene that we did and I realized that throughout all of my acting on the show, I was never going to be able to make eye contact with anybody. And if you think about that . . . we give all our cues with our eyes, we take all our cues (or so much of it). It was extraordinarily isolating."

It may seem like Jocasta's time on Outlander has come to a close after "Do No Harm," but never fear — Maria Doyle Kennedy should be popping up here and there throughout seasons five and six. River Run plays host to an important Scottish gathering in book five, The Fiery Cross, and Jocasta visits Jamie again in book six, A Breath of Snow and Ashes, as she, Duncan, and Ulysses flee the imminent Revolutionary War.

by Maggie Ryan 3 minutes ago