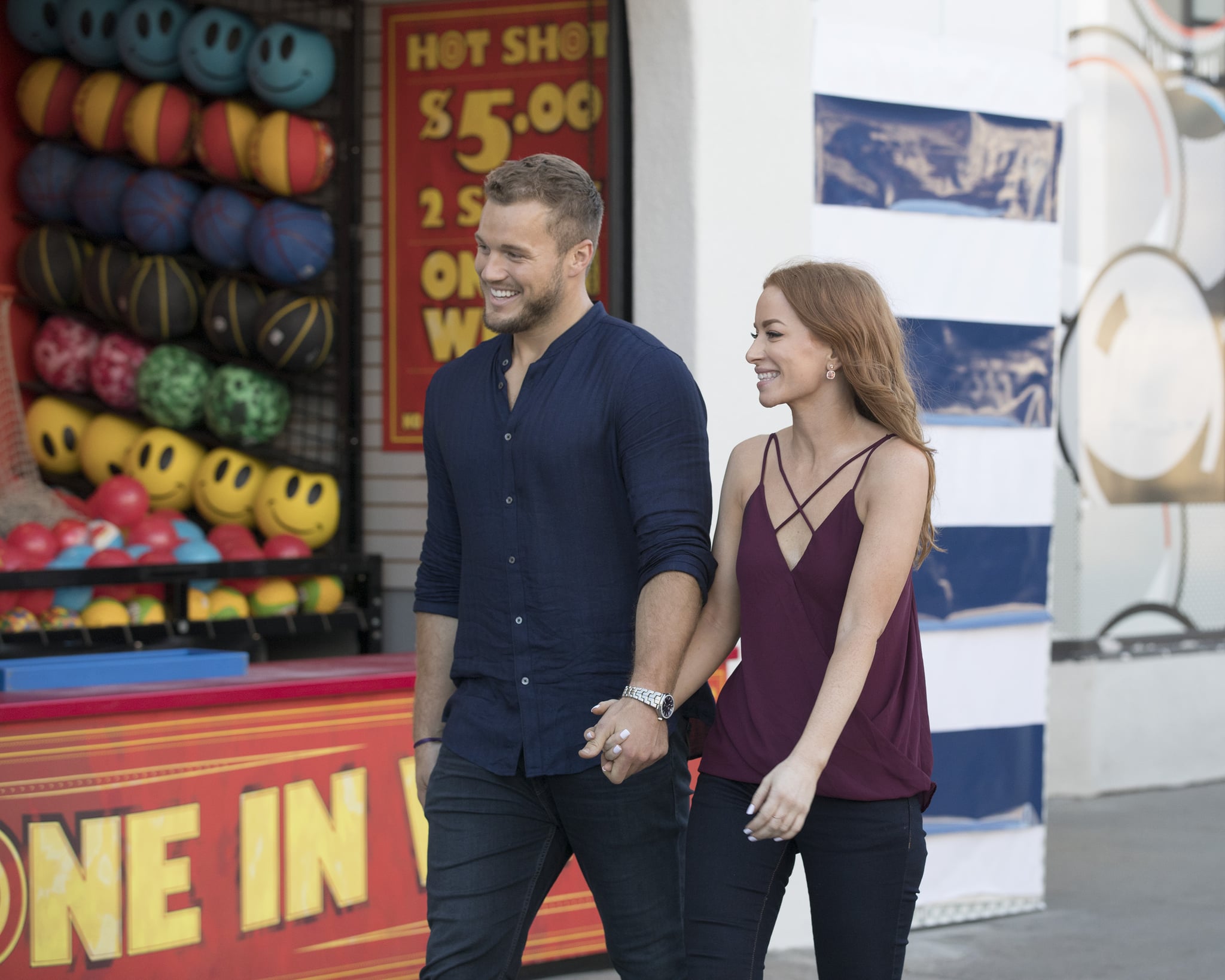 Each new episode of The Bachelor means that Colton Underwood's relationships are getting more serious. For Elyse Dehlbom, her one-on-one date with the former NFL player a few weeks back confirmed her feelings early on. While being on this kind of television show can be very stressful, very few people opt to leave on their own. Elyse did just that during this week's episode, and we don't think we're the only ones who didn't see it coming. It may seem strange for a woman who feels such a connection with Colton to leave, but Elyse's explanation makes sense.

At this point in the season, Colton and the remaining women have just left Singapore for Thailand. Elyse was going over their first date and how perfect it was and how badly she wanted more individual time with him. Her demeanor clearly changes when Heather Martin, who had just come back from her own one-on-one date, is giving details about her day. Elyse gets up mid-story to leave the room, and we quickly find out it's because she wants to talk with Colton.

Related:
We're Betting the Next Bachelorette Will Be 1 of These Women

She starts by explaining how she struggled a lot in Singapore because she wanted the time and attention a relationship deserves. Colton immediately tries to comfort her, saying that he feels they give each other those things when they are together. He says, "That date with you — I'm excited. With you, I can't help but think about what we have; the connection's there." With tears in her eyes, she says, "This literally freaking crushes me."

The two seem to be saying the same thing — that there's a connection and they enjoy being with each other. But the unconventional way of dating seems to be more than Elyse can handle. If we had to guess, we would say that every woman on the show wishes for more time with Colton. Elyse says that she's not insecure but she can't do the whole competing-against-other-women thing. Colton continuously tries to reassure her: "I don't give up on relationships . . . I can't. Especially ones that I'm genuinely excited for."

We could tell that there was no convincing Elyse otherwise when she said that she couldn't accept a proposal after a few months of sharing Colton's time and attention with other women. Understandable? Yes. Heartbreaking? Yes, because their relationship could have really been something special.

Related:
The Bachelor's Latest Surprise Exit Might Be Frustrating, but It's Also Incredibly Relatable

The last thing she says to Colton is "I really want you to be happy." In her individual interview, she expresses that walking away from someone she cares about is a "really, really stupid mistake," and "I really, really regret doing this." Does she regret walking away or going on the show in the first place?

Colton must at least somewhat understand some of what Elyse was feeling since he was on her end of things on The Bachelorette and notably left Bachelor in Paradise early. It's an overwhelming situation, to say the least. You're putting your personal life out there on national television, living in a house with women you just met, and sharing a man with those women you have to see every day. The real question is: how do you keep your sanity? Maybe she'll appear on Bachelor in Paradise, or maybe she'll be the next leading lady on The Bachelorette. Neither have been confirmed, but we can wish, right?

Nostalgia
Almost 10 Years Later, Here's What the Cast of iCarly Is Up to Now
by Monica Sisavat 10 hours ago

Annie Murphy
Annie Murphy Ties Her Schitt's Creek and Kevin Can F**k Himself Roles Together With a Necklace: "We Had to Do It"
by Sarah Wasilak 13 hours ago

Netflix
Yes, Everyone Is Still Talking About Bo Burnham's Inside Special — Here's Why
by Morgaine McIlhargey 15 hours ago