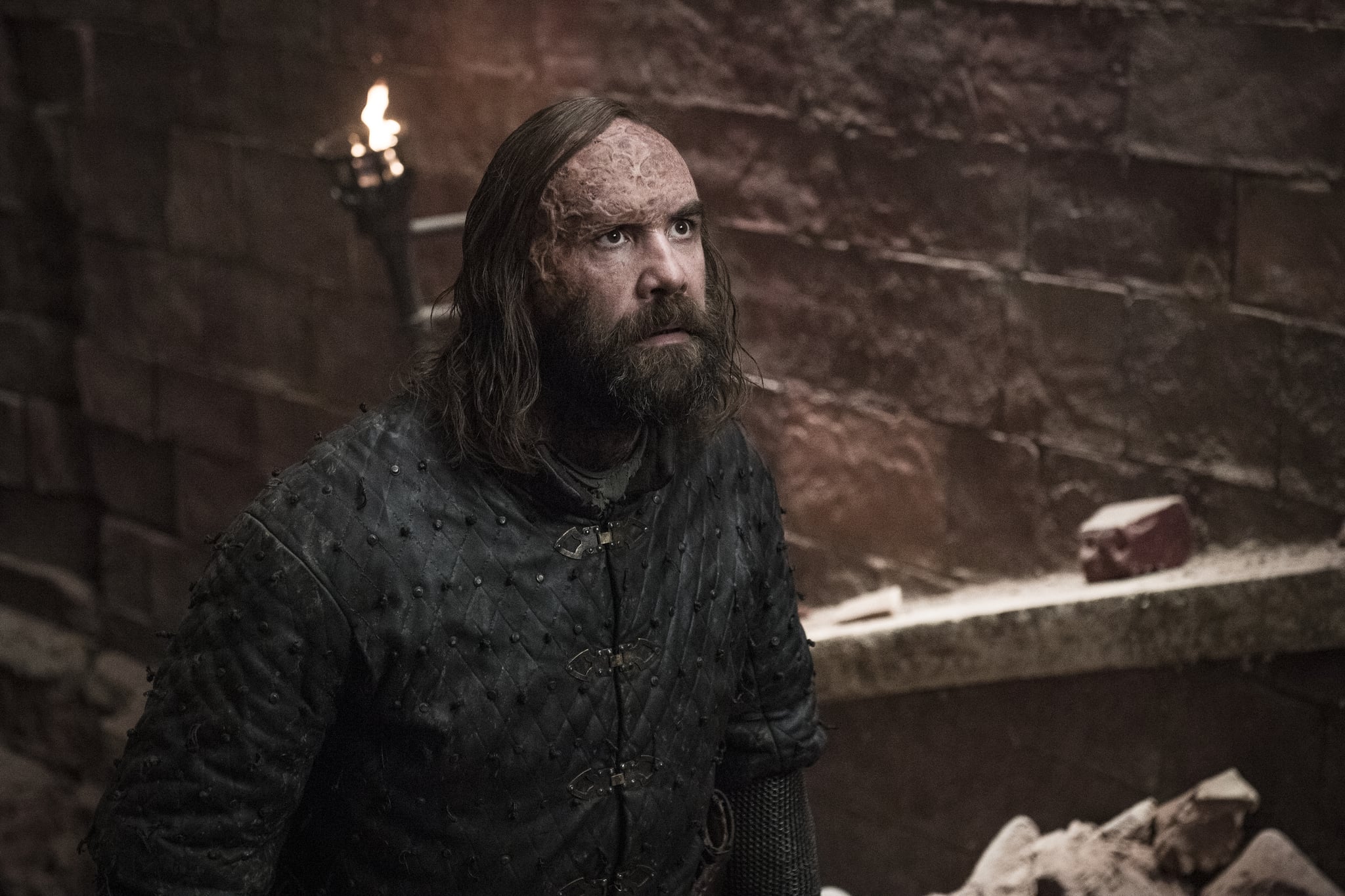 Warning: Major spoilers for Game of Thrones ahead!

One of the longest running rivalries on Game of Thrones came to an end in the series' second-to-last episode. After spending eight seasons — and most of their lives — hating each other, the Clegane brothers finally come face to face in an epic and very personal battle. It probably comes as no surprise that the brothers meet their deaths at each other's hands, but while no one is sorry to see the Mountain go, we've actually come to feel for the Hound over the years. Let's revisit why, exactly, Sandor has been on a mission to kill his brother all this time.

The rivalry between the brothers started out just as a simple sibling rivalry: Gregor, the older, was upset that Sandor decided to play with a toy that Gregor had discarded. What's not normal at all is the way young Gregor reacted: by shoving his brother's face into a lit brazier, leaving him with horrific scarring and a lifelong fear of fire. Since then, Gregor grew up to be just as brutal as this early violence suggested, inflicting horrible crimes on the Martell family and standing as Cersei Lannister's bodyguard as she descended further and further into evil. Sandor, meanwhile, has spent years going through some character development, sort of befriending former enemy Arya Stark, and turning out to be a somewhat decent guy who just wants revenge on his evil brother. While the Mountain embraced brutality, the Hound slowly turned away from it, and that's made all the difference.

Because of the origins of Sandor's hatred of his brother, the final scene between them takes on even more meaning. The brothers die after an intense fight in which the Hound cannot quite overpower his supernaturally enhanced brother. Instead, he sacrifices himself, charging at Gregor and sending them both to their deaths as they fall off a high wall and into the fiery ruins of King's Landing. Where Sandor was once victimized by his brother using fire against him, he turns the tables in their final moments to get his revenge.

TV
Cruel Summer: How That Twist Ending With Jeanette Could Set Up Season 2
by Kelsie Gibson 12 hours ago

Sarah Jessica Parker
Grab Your Cosmos! Here's Everything We Know About the Sex and the City Revival
by Monica Sisavat 18 hours ago