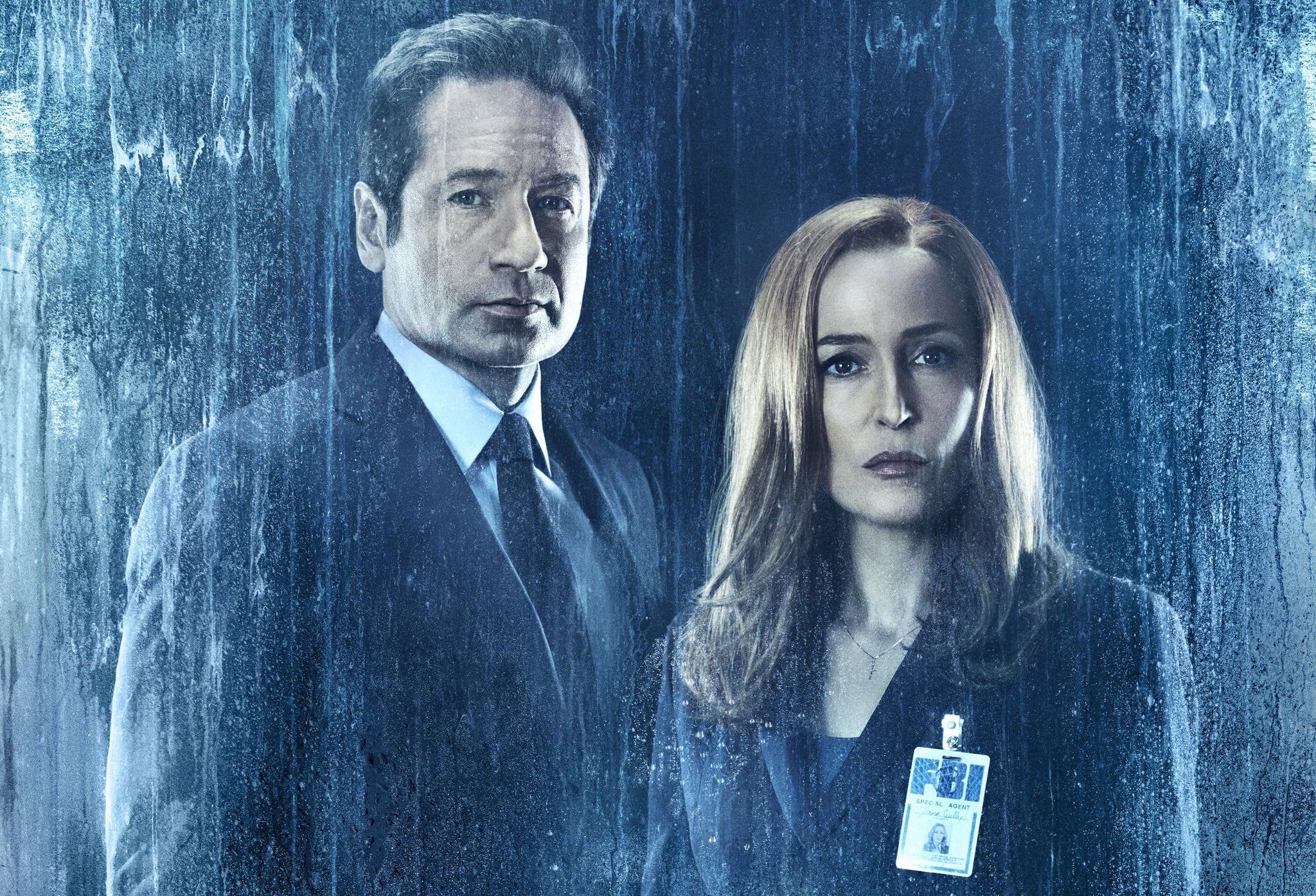 Hopefully any Gillian Anderson fans reading this are sitting down, because we have some bad news. Season two of The X-Files revival dealt the actress's iconic character Dana Scully a deeply twisted blow in the premiere on Jan. 3, "My Struggle III," when it was revealed she was impregnated with "science — alien science" against her will by the Cigarette Smoking Man (the word "rape" is never explicitly said, but come on). Now it seems both Anderson and Scully are saying goodbye to The X-Files for good.

"It's time for me to hang up Scully's hat. It just is," she told reporters at a TCA event on Wednesday, according to The Hollywood Reporter. "I'm finished and that's the end of that. I arrived at the decision before we did the previous six, but I was really curious. I felt that the previous six was going to be it. It was dipping our toe back in again . . . and getting to play these wonderful characters again. I think as [series creator] Chris [Carter] has said himself that short stack of episodes felt like we were leaning how to walk again and that this season of 10 feels like the pace is up and we're running."

Anderson's nuanced performance as the FBI Agent and partner to David Duchovny's Fox Mulder has long been one of the sci-fi show's greatest assets (if not the greatest). The plot twist dealt to the longtime character in the premiere was unpleasant and disrespectful, to say the least (and maybe had something to do with the show's initial lack of female voices in the writing room?), and we can see what might have gone into her decision to exit. That being said, it seems Anderson is content with where she's leaving Scully.

"I wouldn't necessarily have been happy if those six were how we said goodbye," she added. "There's lots of things that I want to do in my life and in my career and it's been an extraordinary opportunity and extraordinary character and I am hugely grateful."

With Anderson out, will Duchovny stay on board? There's still no official word on the matter, but Duchovny told reporters he would be "good either way," whether the show continued without Anderson or wrapped up after this season.

TV
Ginny & Georgia: Who Is Austin's Dad and Where Is He? (Assuming He's Not in Azkaban)
by Kamrun Nesa 3 hours ago

Netflix
Ginny & Georgia: The 5 Biggest Revelations About the Family's Shady Past
by Kamrun Nesa 4 hours ago

TV
Before You Subscribe to Paramount+, Check Out Its Library of Upcoming Shows and Movies
by Amanda Prahl 4 hours ago