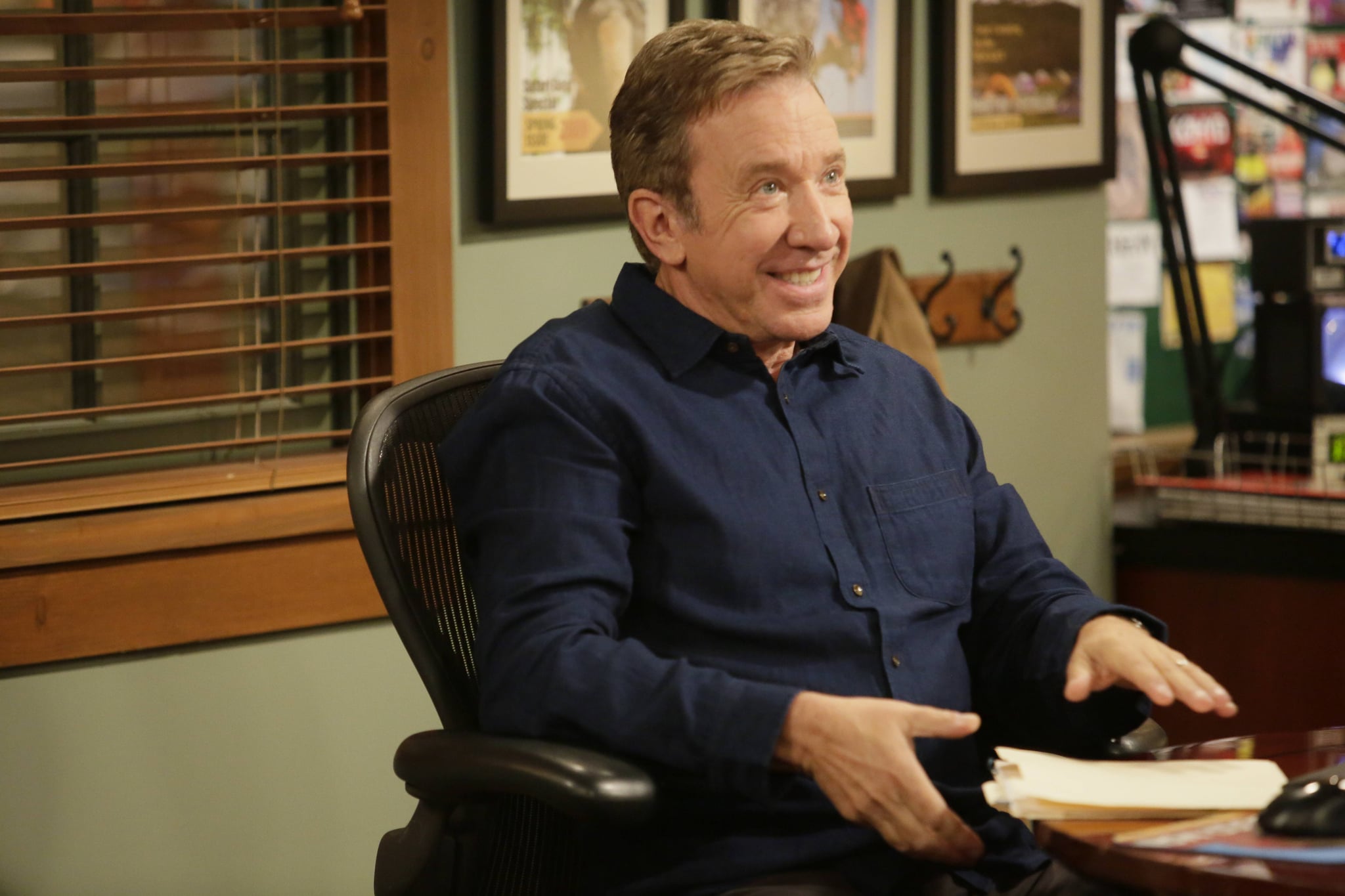 Revivals and reboots are all the rage on TV these days — this Fall will see reboots of Charmed and Murphy Brown, plus all the existing revivals going into second and third seasons. There's also been plenty of "rescues," too, most notably Netflix snapping up Fox's cancelled Lucifer, and NBC bringing back fan-favorite Timeless for a wrap-up special. One of this Fall's revivals, though, has a little bit of a different history behind it. We're talking about Fox's Last Man Standing, which originally aired on ABC, was cancelled only last year, and was grabbed by Fox this spring amidst some controversy. So what's the real deal here?

Let's back up a bit. Last Man Standing debuted on ABC back in 2011 to respectable ratings, which it sustained over six seasons. Even then, its premise (Tim Allen's character feels like he's losing touch with "real" masculinity as he's surrounded by women) had more than a whiff of a retro, "men are from Mars, women are from Venus" vibe to it, while sitcoms in general shifted toward more diversity and even satire. But the show kept its audience and survived in a Friday night slot for years — no small feat, since Friday shows often die off quickly.

Controversy clouded the series in early 2017, when Allen made an appearance on Jimmy Kimmel Live in which he compared being a Republican (which he is) in Hollywood to living in Nazi Germany, where "you'll get beat up if you don't believe what everybody believes." His flippant comparison earned sharp criticisms. When the series was cancelled that March, many questioned if Allen's comments had had something to do with it.

There's more to it than just that, though. At the end of the sixth season, according to DailyWire, ABC's contract with series producer 20th Century Fox had expired, which would have forced ABC to shoulder more costs on a potential season seven. The network was also unable to produce enough successful half-hour sitcoms to sustain a Friday-night comedy block, leaving Last Man Standing as, well, the last comedy standing. All these factors combined into a decision to not bring the show back.

What ABC didn't anticipate? The fallout. Allen tweeted that he was "blindsided" by the decision, and fans of the show started a Change.org petition to bring it back, with some supporters claiming that the show's right-wing political bent was behind its cancellation. Then, last Winter, the rebooted Roseanne — a similar working-class family sitcom with a conservative lean — did spectacular numbers. (Roseanne has since been cancelled due to a political controversy involving star Roseanne Barr, and there's a spinoff in the works.) This, combined with viewer pressure, was enough for Fox to swoop in and restart the show, announcing the move this past May.

Only time will tell if Last Man Standing will be successful on Fox, but it's certainly had a colorful history so far!