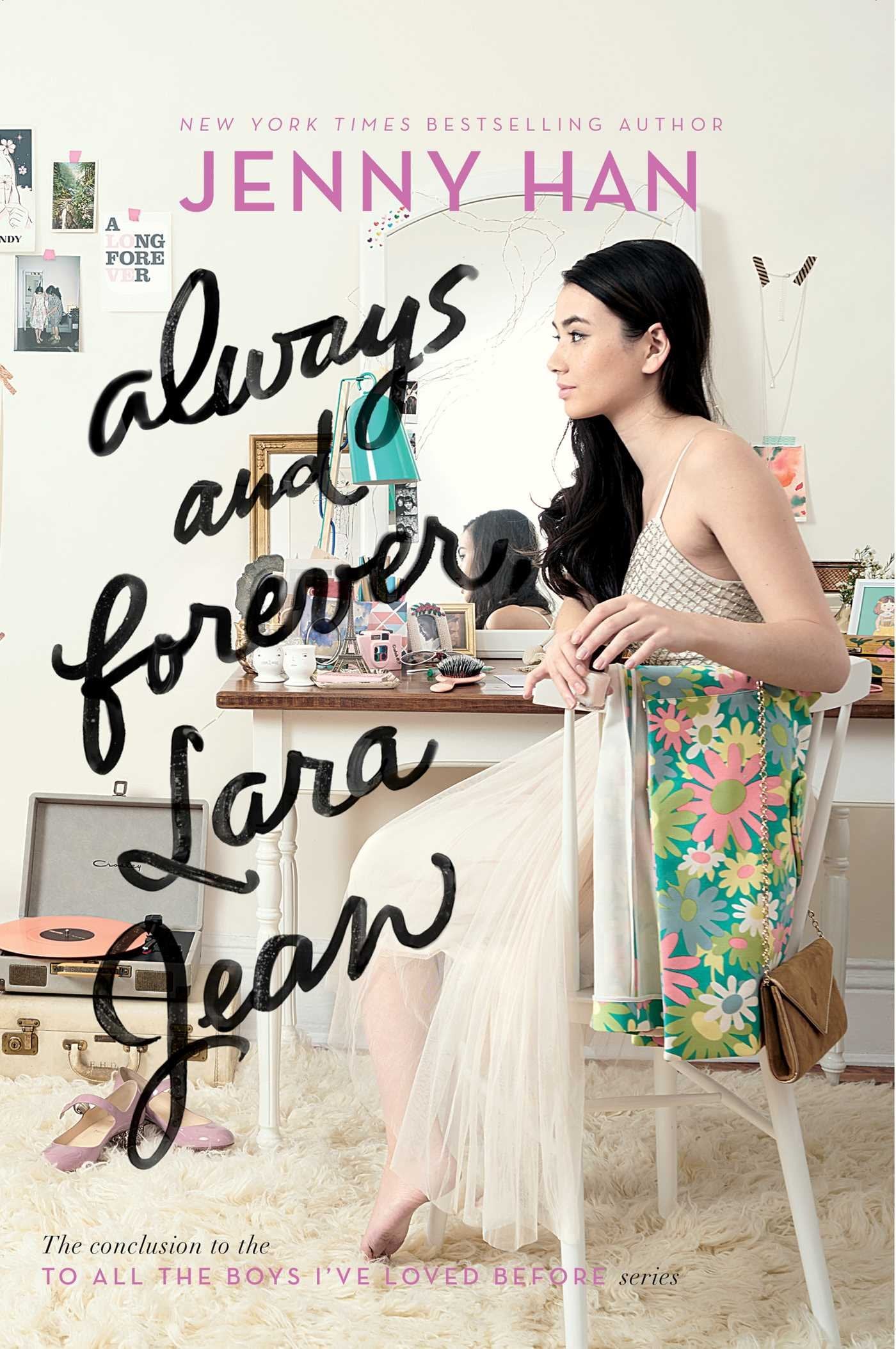 If you've fallen in love with Lara Jean Covey and Peter Kavinsky in To All the Boys I've Loved Before, you're not alone. The two stars of Jenny Han's book (and Netflix film) fell in love in the first story of the series, and their story continues in the second book, P.S. I Still Love You, which is on Netflix now. But if you can't wait to find out how the trilogy ends, we've got all the spoilers for book three, Always and Forever Lara Jean, right here. Keep in mind that the Netflix version of the story might deviate from this, but at least you'll have an idea of how Lara Jean and Peter end up.

Related:
Lara Jean Makes a Big Decision in P.S. I Still Love You — Here's What Happens

Always and Forever Lara Jean starts during senior year, when everyone's anxiously awaiting their college acceptance letters. Lara Jean has always had her heart set on going to the University of Virginia, which is right near home. Peter's already been accepted on the lacrosse team there, which will keep the happy couple together. Lara Jean's got it all planned out, but then everything falls apart when she doesn't get in. She doesn't even get wait-listed: she just does not get in.

She does get accepted at her second choice school, William and Mary, though, so she and Peter decide their best course of action is for her to go for her first year and then transfer to UVA. She's not overly excited about it, but she finds comfort in knowing she and Peter will only be separated for a few months. All the plans get blown up again, though, when she's accepted to the University of North Carolina at Chapel Hill. She and her best friend Chris make an impromptu trip to the campus to check it out, and Lara Jean falls in love. She's going to North Carolina.

Lara Jean's dad's been dating their neighbor Trina Rothschild for a few months and finally decides the two should get married. Lara Jean and Kitty are over the moon for their dad, but Margot is a little bit on the fence. After being away at school in Scotland for so long, she feels like she doesn't know Trina and isn't convinced a marriage is the right move, but ultimately gives in to her dad's happiness.

Lara Jean and Kitty both pitch in to help plan the wedding, though, with wildly different ideas. Lara Jean keeps pushing for an ethereal theme (complete with flower crowns), and Kitty just wants to wear a tuxedo. Trina tells them they have to work with her best friend Kristen on all the planning, and no one can agree. In the end, though, the wedding in the Coveys' backyard turns out perfectly.

Lara Jean, self-proclaimed priss, hasn't yet had sex with Peter, despite dating him for as long as she has. But after the senior class graduates and heads down to the beach for Beach Week, she tells him the last night that she's ready. Peter, who has been distant ever since trying to let his estranged dad back into his life and getting let down, actually shuts her down and leaves.

Lara Jean and Peter Break Up . . . and Then Get Back Together

Peter's mom, who still isn't too fond of Lara Jean after she broke up with Peter the last time, calls Lara Jean over to her house and tells her that it's probably for the best for her to end things with Peter. She doesn't want Peter's head to be anywhere other than focused on his lacrosse and academics, and she's worried if he's at UVA and Lara Jean is at UNC, Peter will only care about going to visit UNC and potentially transferring there in his second year.

Lara Jean, torn on what to do, ends up breaking up with Peter and telling him that he should do what he needs to do at UVA and she'll do what she needs to do at UNC. In all their fighting, Peter admits he'd been feeling off ever since his dad drama and feeling like Lara Jean was pushing him away, and that's why he wouldn't have sex with her.

Understandably, Lara Jean realizes she made the wrong decision and tells Peter so at her dad's wedding to Trina. The two make up and decide they're going to make the most of their long-distance relationship. The story ends with Peter finally telling Lara Jean his first memory of meeting her in sixth grade and Lara Jean swooning over their origin story.