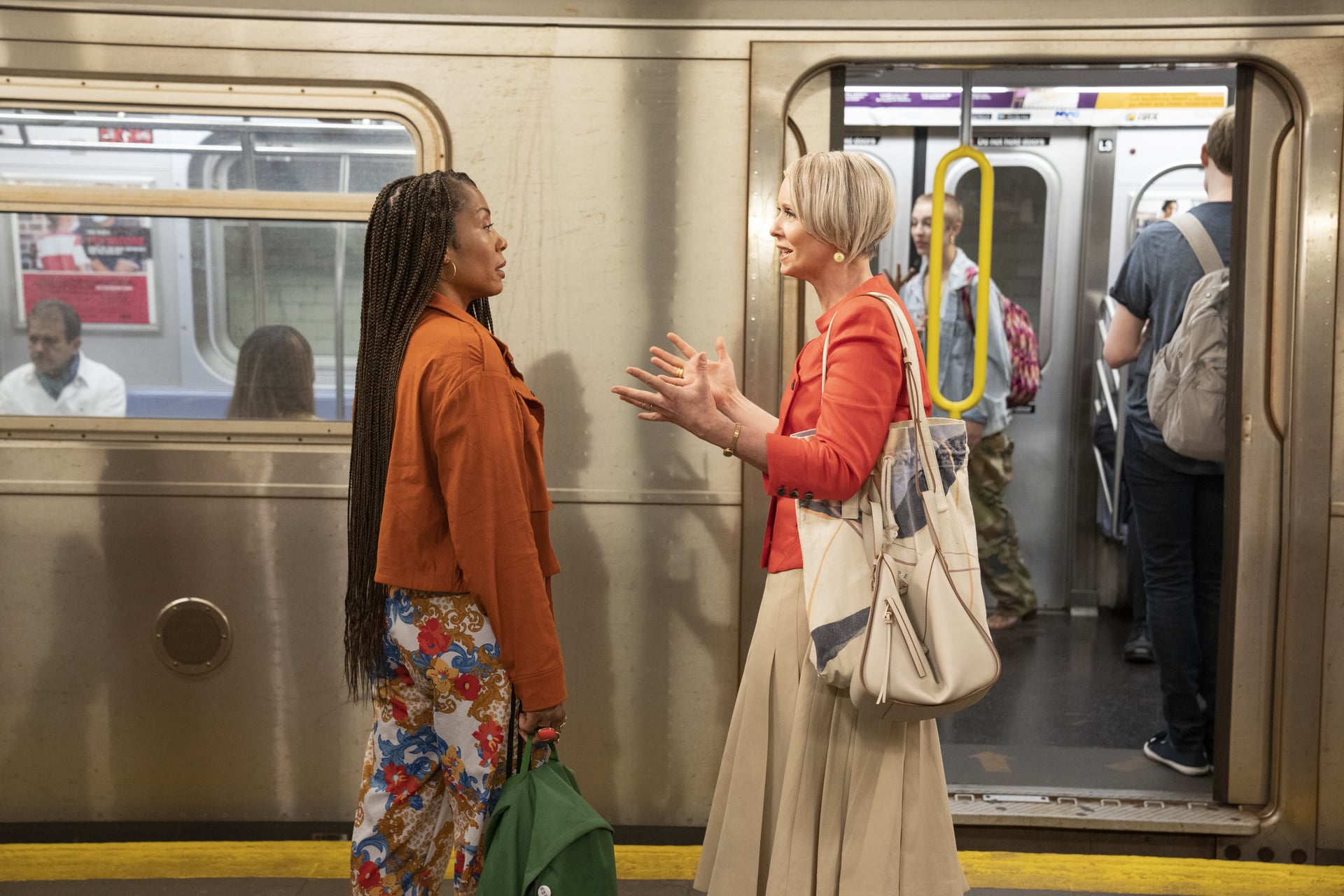 HBO Max's And Just Like That... is certainly off to a tumultuous start, but the shocking plot twist in the premiere episode isn't enough to take our attention away from the biggest changes in the Sex and the City franchise. The original HBO series made a major splash on TV, paving the way for it to run for six seasons and set up its two highly anticipated films. But despite the show being set in New York City — a city whose population is 42 percent white and 24 percent Black — it hardly reflected that reality.

When Sex and the City's so-called "diversity" problem became abundantly clear, the creators of the show set out to ensure its revival didn't repeat the same mistake. The original show's legacy was largely shaped by the perspectives of four white women, and it failed to add any people of color as series regulars or properly represent LGBTQ+ people. On top of that, the show lacked any nuance of their perspectives, making it clear Sex and the City only reflected one particular point of view.

While its main players Carrie (Sarah Jessica Parker), Miranda (Cynthia Nixon), and Charlotte (Kristin Davis) are still at the center of the reboot, a slew of new faces — both in front of and behind the camera — have joined to help push the envelope with brand-new storylines that more viewers can relate to.

Related:
And Just Like That Salvages the Spirit of Its Predecessor by Keeping Up With the Times

Lisa Todd Wexley (Nicole Ari Parker), aka LTW; Dr. Nya Wallace (Karen Pittman); Che Diaz (Sara Ramirez), who identifies as nonbinary on the show and IRL; and Seema Patel (Sarita Choudhury) are all newcomers to the reboot. The addition of these new characters also brings a more diverse writing team on a mission to show "diversity within diversity." According to showrunner and executive producer Michael Patrick King, the series's refreshed approach allows these diverse stories to not just show how these new characters exist but live their own lives on the show as well.

"First of all, everything we ever did on Sex and the City in the writing room was sort of based on our own personal experiences and knowledge and life," King told POPSUGAR. "When we knew we were bringing in people of color, the first thing I knew we were going to do, we're bringing in writers of color so that they could also do what we did for those other white ladies. But now, do with new characters and their lives and their expressions. And not just any writers of color, but specific people that have specific points of view."

"We tried to breathe as much life into them as we did with our new writers as much as possible."

King also added that exploring the reboot with these four new characters offered an opportunity to reflect the world as it is today and where New York has always been, but this time with a different outlook. "We tried to breathe as much life into them as we did with our new writers — Rachna Fruchbom, Samantha Irby, and Keli Goff — as much as possible," he continued. "We relied on each other. Each character is written by all of us. If something is true for Keli, then we put it in. If something is true for Samantha, we put it in. If something's true for me, we put it in. So it becomes a broader expression of character that's based in all the writers' individual realities."

Related:
Grab Yourself a Cosmo — I Broke Down All the Sex and the City Easter Eggs in And Just Like That...

It seems as though And Just Like That... doesn't treat its new faces of color or nonbinary character in the cast as tokens to fulfill a diversity quota. To ensure this, the writers of color don't just write for the characters of color. King told us that "[Goff] writes Carrie too" and "[Irby] writes Mr. Big." "We all just go beyond what we actually are and create these other characters," he added.

So for the new people just tuning into the Sex and the City world, clearly things look a lot different this time around. And the cast are hopeful that the new changes will draw more people in, to the point that they feel seen on screen. According to Parker, the writers incorporate more narratives in the reboot in a way that's "not skipping the beats of everything that might go on between these women" — both the veterans and new players.

Race, sexuality, ageism, and identity are just a few things we've begun to see And Just Like That... address head on. It's still too early to tell if the reboot will follow through on its promise for more diversity and inclusion, but at the very least, we can see some type of effort has been made. For now, we'll just have to see how the rest of the season progresses.