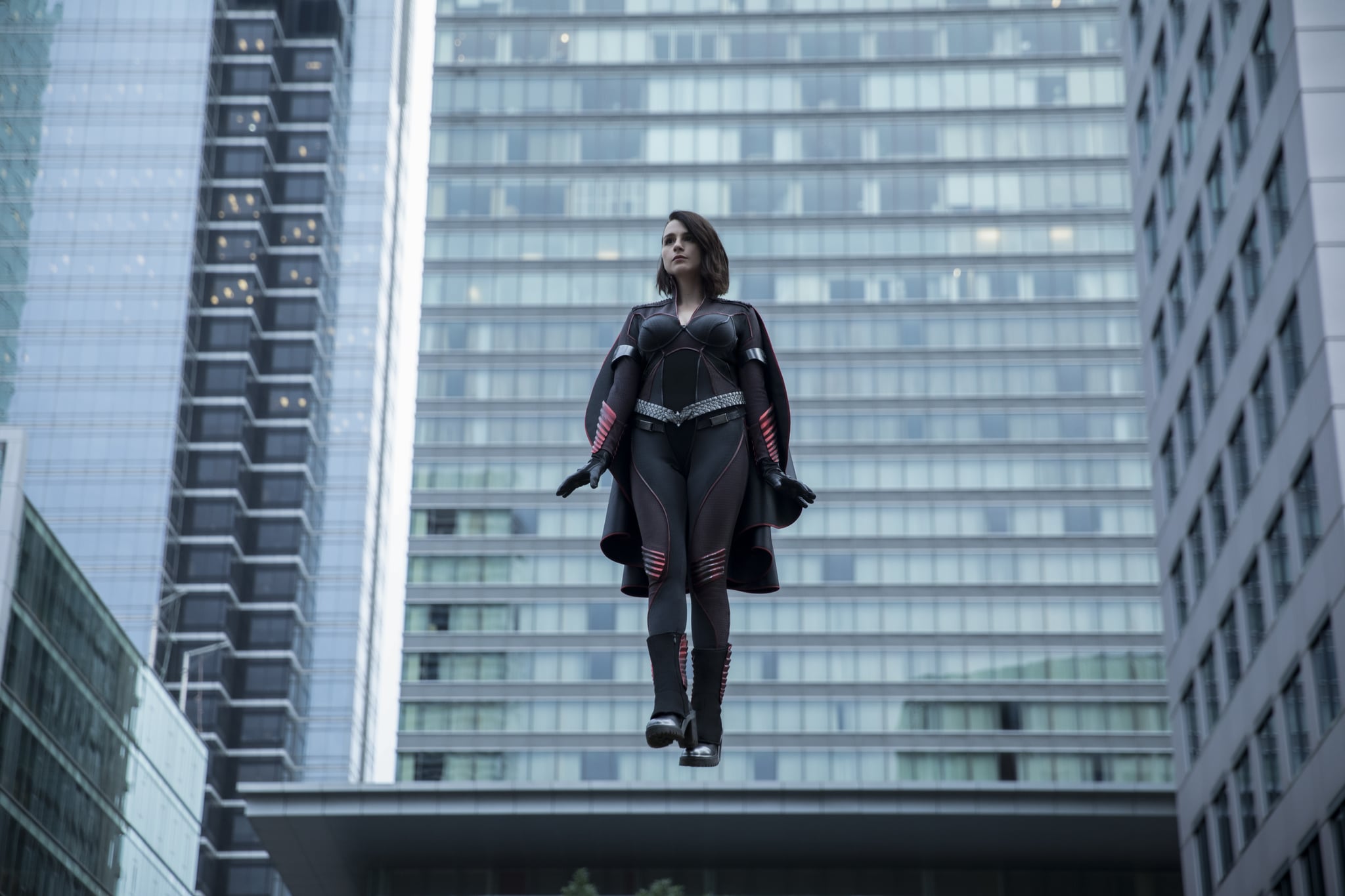 The Boys wastes no time! Episode three of the second season teased viewers with passing mentions of an "old Supe" named Liberty, and the following episode threw a whammy of a backstory at us!

After Mallory mentions Liberty in episode three, she tells Butcher in episode four that she believes the former Supe had Susan Raynor killed in episode one. Mallory gives Butcher the old Budweiser ad, telling him that Raynor was researching Liberty, a second-tier Supe who was active in the '70s. Mallory instructs Butcher to get Marvin (Mother's Milk) to check out the address pinned for Liberty and see what he can find.

Marvin, Hughie, and Annie (Starlight) team up for a cross-country trip to Raleigh, NC, where Liberty is assumed to reside. When they arrive, they meet a woman named Valerie, who — after Marvin convinces her to talk to them by revealing his father died fighting against Vought's machinations — reveals that she's a collateral-damage survivor like Hughie. Forty-eight years ago, Valerie and her older brother, Myron, were driving down a rainy road when Liberty pulled him out of the car and accused him of a robbery. The Supe began beating Myron to death, and when he asked why she was hurting him, she answered: "I am a hero . . . for killing a Black piece of sh*t like you."

A man from Vought paid Valerie and her family $2,000 to keep quiet about Myron's death and they took it, knowing that as a Black family accusing a white superhero, they wouldn't be doing anything but inviting more harassment into their life. She asks Marvin, Hughie, and Annie not to tell anyone what she told them because if Liberty finds out, she would kill her. When Hughie notes that no one has seen Liberty since 1979 and that she's probably dead by now, Valerie objects, showing them a newspaper with Stormfront's picture on the front page. "That's her right there. That's Liberty," she says.

On the drive back, the gang marvel over the news that Liberty is Stormfront's previous identity, concluding that Compound V must prevent Stormfront from aging normally since she should be in her 70s. They realize that the viciously racist Stormfront has now become the face of The Seven, beloved by many and practically untouchable. Episode four ends without us learning the full story behind how the Supe known as Stormfront made her way to The Seven (aside from the knowledge that Edgar personally added her to the team), but we have a feeling we'll be learning more soon!