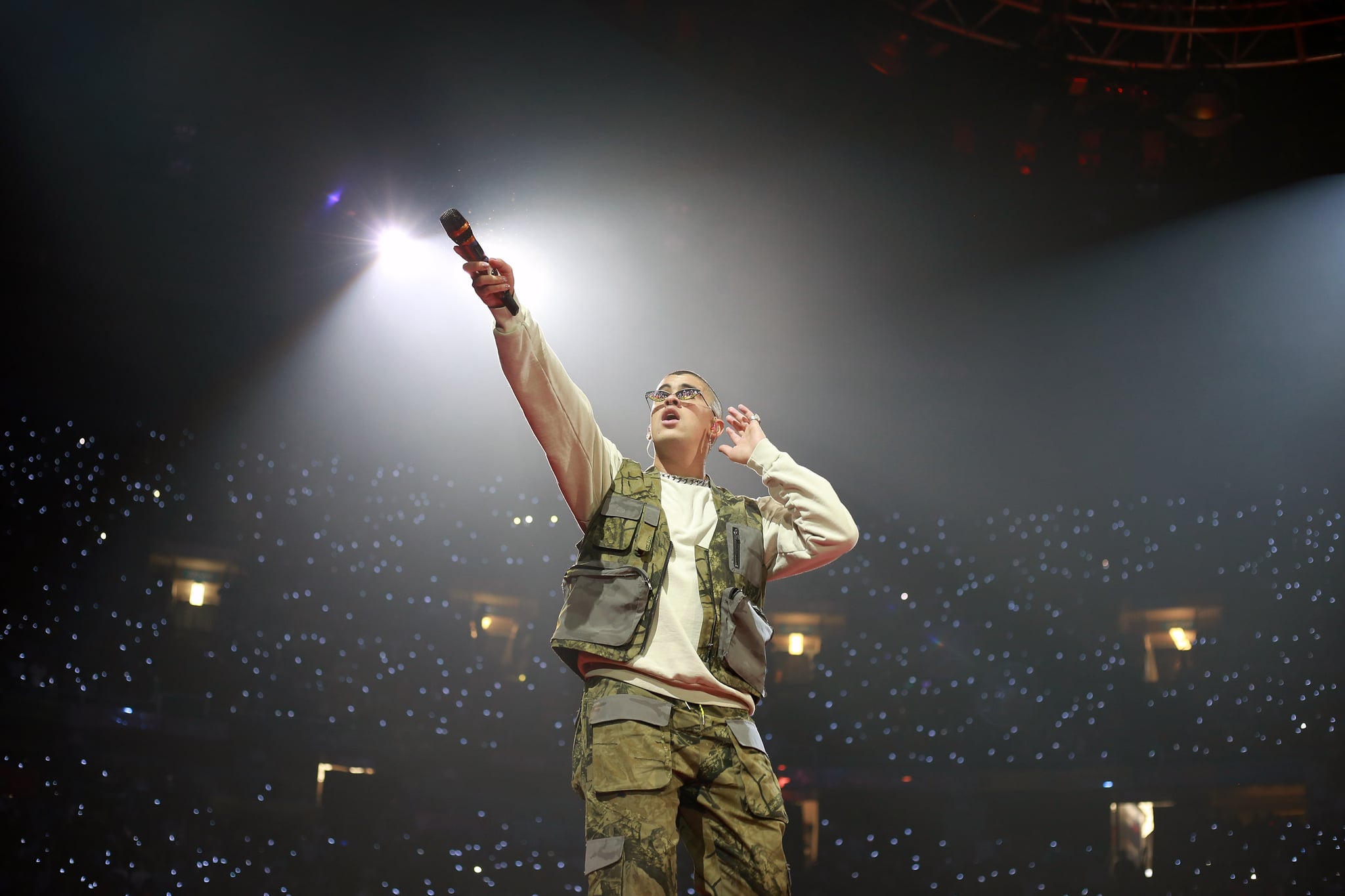 This interview has been translated and edited for length and clarity.

Bad Bunny (née Benito Antonio Martínez Ocasio) has quickly become one of the biggest Latinx superstars of our time. With his chart-topping album Las Que No Iban a Salir and penchant for pushing boundaries and defying gender norms, it's no surprise why Cheetos chose him as the face of their "Deja Tu Huella" campaign. The initiative — which will officially be unveiled at the American Music Awards on Nov. 22 — supports artists who are leaving their mark on culture, whether its through music, fashion, or entertainment.

"It is an honor that Cheetos collaborated with me on this great project and movement. I am very proud to be a part of it," he told POPSUGAR. "We are coming in very strong! We are happy with the collaboration with Cheetos, and many good things are coming — new music is coming in November!" In collaboration with the project, Cheetos and Bad Bunny's Good Bunny Foundation are giving back to the Hispanic community with a $500,000 commitment.

"I'm only focused on working 24/7 on my music, my ideas, and my projects. Everything else that comes along is a blessing."

Just like the name of the campaign, the 26-year-old multi-platinum Puerto Rican artist has certainly made his mark on the music industry. In 2019, he took home his first Latin Grammy for best urban album for X 100pre, and most recently, his album Las Que No Iban A Salir debuted at No. 1 on Billboard's list of Top Latin Albums. He also made history as the first-ever Latinx reggaeton artist to grace the cover of Rolling Stone this past May. But at the end of the day, all of those achievements are just added bonuses for Bad Bunny whose goal is simply to continue doing what he loves. "All of these achievements are truly a reward and a bonus to what I do," he said. "I am not focused on going out to a certain place and being recognized, I'm only focused on working 24/7 on my music, my ideas, and my projects. Everything else that comes along is a blessing." 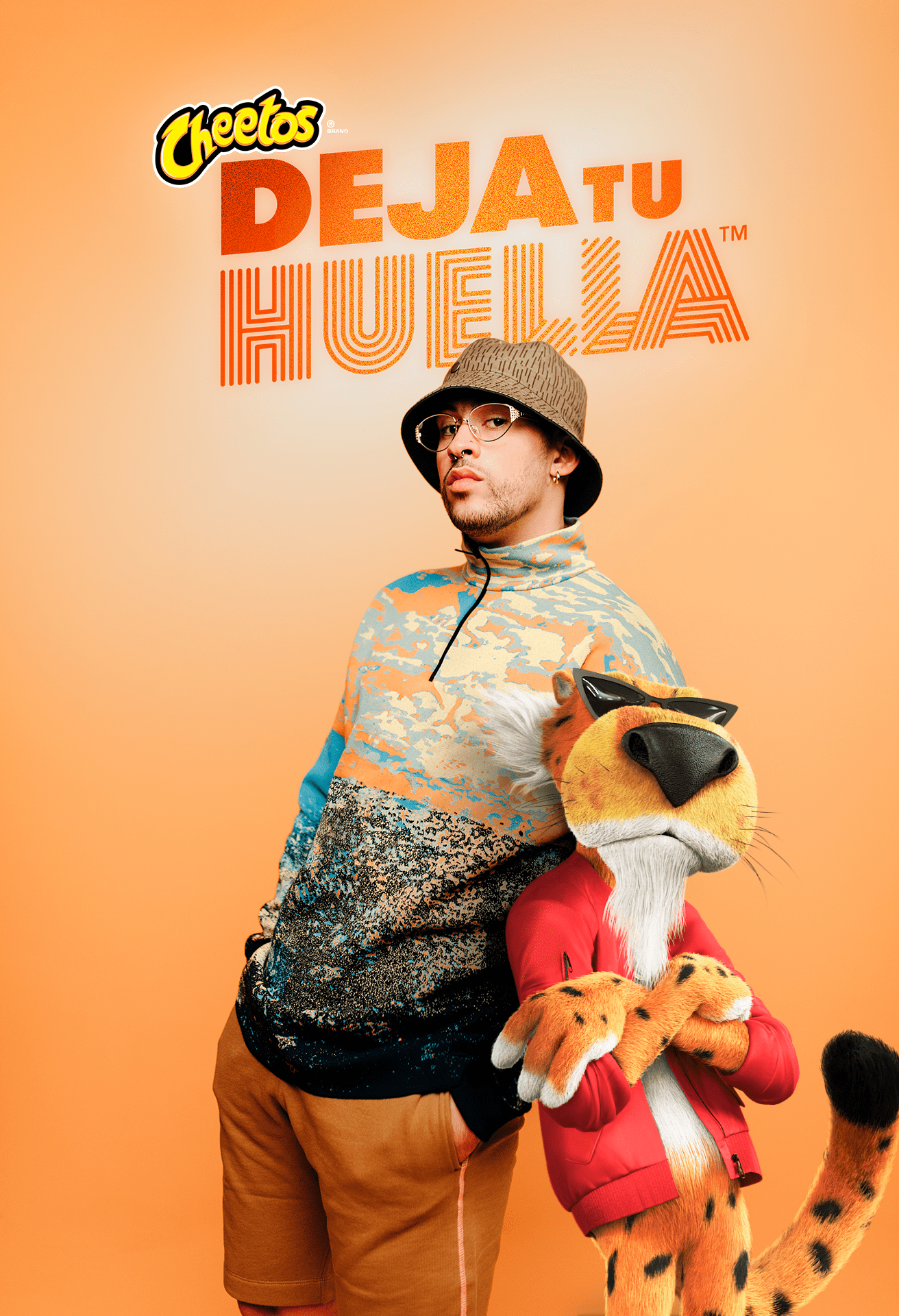 In addition to dominating the music charts, Bad Bunny isn't afraid to use his platform to champion causes close to his heart, including gender equality and women's rights. Earlier this month, he made his debut at the Billboard Music Awards, and he used the opportunity to speak out against gender violence not only with his performance of his female empowerment anthem, "Yo Perreo Sola," but with his acceptance speech as well. When I asked Bad Bunny what motivates him to continue raising his voice and spreading awareness, he said love is his motivation.

"What motivates me is love, doing the right thing, and positively impacting people. I do everything because I feel it, because it comes from my heart."

"What motivates me is love, doing the right thing, and positively impacting people. I do everything because I feel it, because it comes from my heart. That's what motivates me every day to try to change the negative thoughts that some people have and try to make my surroundings more beautiful and free," he said. "As you grow and mature, you start seeing the realities of many things and you start realizing the power you have and how far your voice can go." But Bad Bunny isn't just talking the talk — he's walking the walk by making a conscious effort to work with more women in the music industry. Though he didn't reveal the exact projects he has in store for us, Bad Bunny did say he's been collaborating with women from various facets of life.

Like most of us, Bad Bunny also knows that voting in this year's presidential election is crucial, so he's been using his platform to galvanize fans to make their voices heard come Nov. 3. "I believe that it is important to vote for your future and the future of your family and friends. It's about taking into account the well-being of others and not just yourself," he said. "It's a little selfish to not vote for whatever reason, so get out there and vote!"

Bad Bunny is nominated for four awards at this year's AMAs, including favorite male Latin artist and favorite Latin album for both YHLQMDLG and Las Que No Iban a Salir. Tune in on Nov. 22 to find out if he wins and for the unveiling of his "Deja Tu Huella" collaboration.