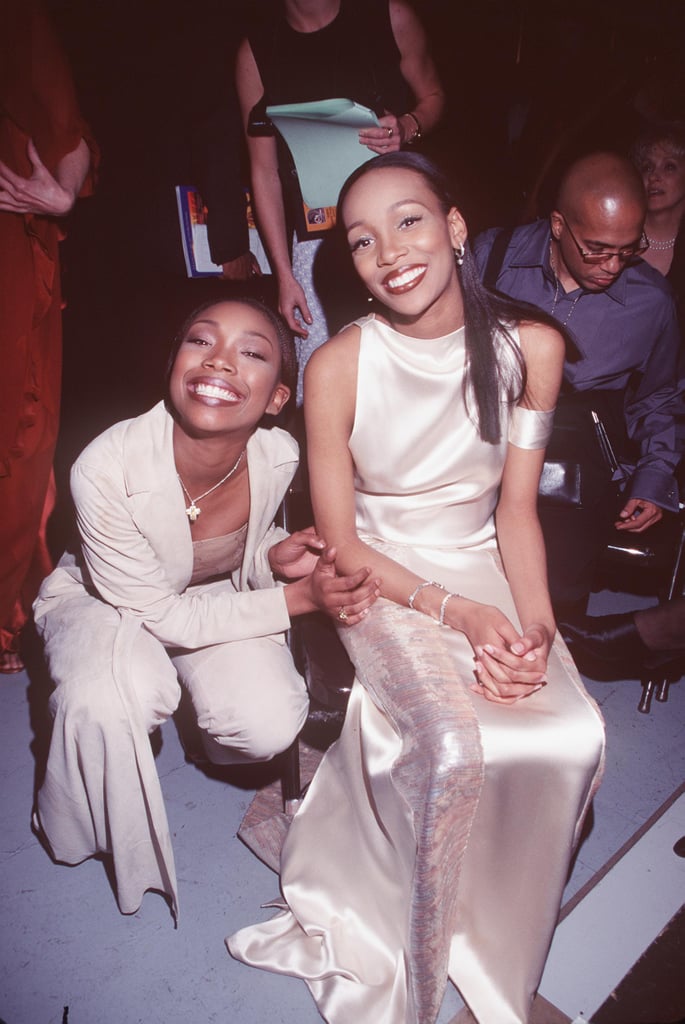 Aug. 31 was a night that any '90s kid who listened to R&B music had been waiting for: Brandy and Monica came together for the first time in eight years and blessed their fans with a rundown of their discographies. The latest Verzuz battle featured the queens of the '90s as they reminisced, sipped and served tea, and reminded us all of those two aunties who had a huge fight years ago and only tolerated each other again because their mama has started talking about how she's "getting on in them years." But even with the Twitter polls on whether Monica was wearing pants or boots, the surprise Kamala Harris appearance (love to see candidates meeting the people where they are though!), and the debates on who was throwing shade, it was a night of pure, nostalgic joy.

As my sister and I burst out singing to Monica's "For You I Will," I remembered being a little girl and listening to the song on the Space Jam soundtrack. Like the movie, the music from these two women not only served as the soundtrack to my life, but also helped me put words to my feelings. I didn't know jack sh*t about relationships at 13, but I damn sure sang along to Brandy's crooning on "Who Is She 2 U" like I was in my feelings! Whenever I had that inner turmoil, I knew what I needed to hear to feel seen. And that was the vibe with a majority of the viewers who tuned into the Instagram Live event to spend three hours jamming with others who they didn't know, but shared the connection of these two musicians with.

As God-is Rivera, Twitter's global director of culture and community, poignantly put it, "They gave us songs to have our first crushes to, songs to fall in love to, songs to get thru our first heartbreak. They gave us a vision of ourselves."

While many have their thoughts on who "won" the Verzuz battle and why, I'll say that the true winners were all of us. We got to see two women break down the stories behind some of the best songs in R&B history, helped them break a record with over 1.2 million people tuning in to watch them, and saw two legends in their prime. We won. And it's about damn time we could count a win for the culture. Check out the full playlist from the Verzuz battle ahead, and soak in all the memories they bring you.