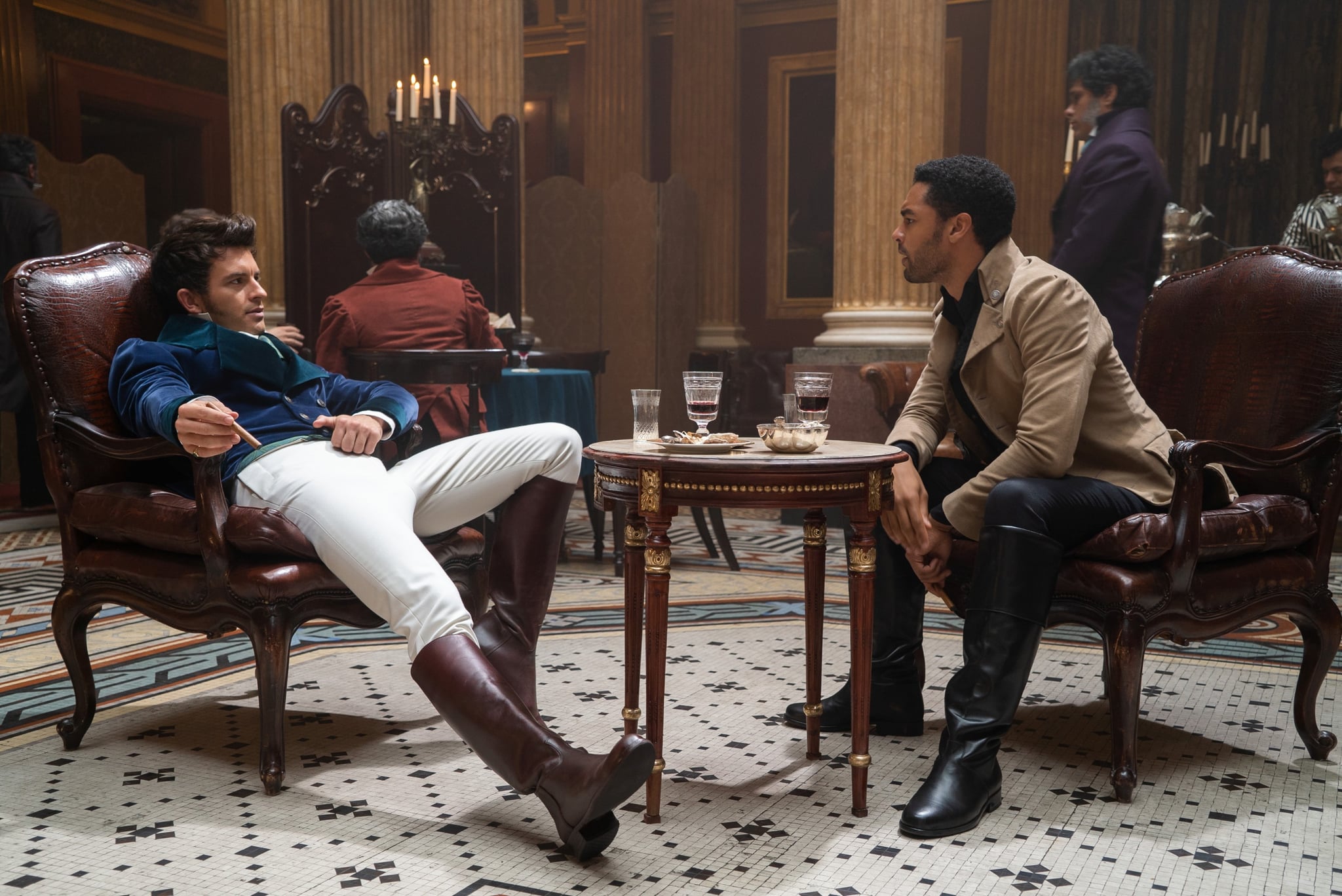 The Bridgerton books don't spend a huge amount of time on Violet and Edmund Bridgerton's story, but with the casting of Rupert Evans to play the Bridgerton patriarch in season two, it looks like we're going to get at least a little more information about the Bridgerton family's beloved parents. Edmund has been dead for over a decade when we first meet the Bridgertons, but if you can't wait til season two to get all the details about his life (and death), here's what you need to know, straight from Julia Quinn's novels!

The Viscount Who Loved Me, the novel on which much of season two will be based, opens with a prologue that explains the Bridgerton family backstory. We learn that Edmund and Violet married and became parents very young; Edmund is 20 and Violet is 18 when their first son, Anthony, is born. They have a total of eight children, the youngest being their daughter Hyacinth, who is born in 1803, the same year that Edmund dies.

Anthony, as the oldest son, has a particularly close relationship with his father, and it's through his eyes that we learn what kind of man Edmund was. In the prologue, he describes his memories of his childhood with Edmund:

"Edmund Bridgerton was, quite simply, the very center of Anthony's world. He was tall, his shoulders were broad, and he could ride a horse as if he'd been born in the saddle. He always knew the answers to arithmetic questions (even when the tutor didn't), he saw no reason why his sons should not have a tree house (and then he went and built it himself), and his laugh was the sort that warmed a body from the inside out."

In 1803, when Anthony is barely 18 years old and his youngest sister, Hyacinth, is an infant, there is a terrible accident: Edmund is stung by a bee while walking outside, and he dies almost instantly, baffling everyone from his family to the doctors. It's at this point that Anthony, devastated by that sudden loss, becomes completely convinced of one thing: he can never surpass his father, including in age. From then on, he's absolutely certain that he, too, will die at age 38. (And, yes, this backstory is the reason for that bee motif that's threaded through the first season!)

Anthony's trauma from losing his father, and his certainty that he will die young, too, drives a lot of his behavior early on. By the time The Viscount Who Loved Me picks up, Anthony is rapidly coming up on age 30, and he's decided at this point that he needs to get married as quickly as possible, to the most suitable wife possible, and start bearing heirs — after all, he thinks, he only has eight years left to secure the Bridgerton line. Because he's so sure he won't live long, he specifically does not want a love match, not wanting to leave anyone behind mourning so deeply, like his mother did for his father. Of course, this is Bridgerton we're talking about, so that won't last long, but it explains a lot about him that we can't wait to see developed over the next season!