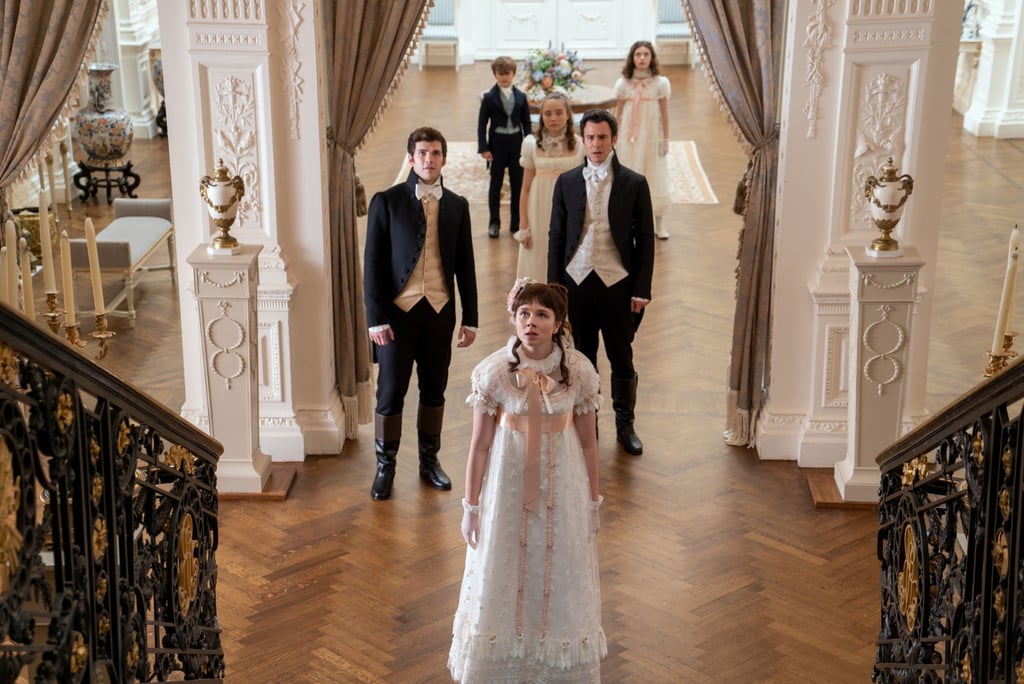 Based on the Julia Quinn book series of the same name, the title of Netflix's Bridgerton, quite obviously, takes after the family in its centerfold. Like the Bennetts and Marches of literary yore, the Bridgertons are a tight-knit clan of siblings whose love for each other is virtually boundless. There are eight of the beautiful daughters and handsome sons — from Anthony to Hyacinth, they're named in progressing alphabetical order for the purpose of orderliness. As high society goes, the Bridgertons are relatively well-off, though that doesn't mean that the Viscountess widow isn't trying to reign in her wayward sons and secure stable futures for her daughters. Ahead, we've broken down what you need to know about the attractive and loving Bridgerton clan!