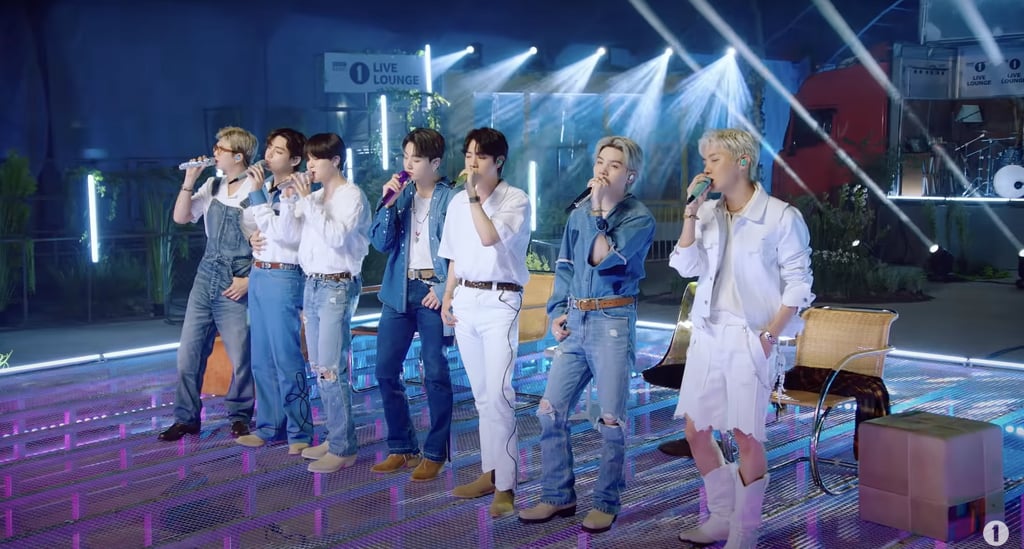 BTS Just Covered "I'll Be Missing You," and Suddenly, We're Ready to Live Like It's 1997

It's not often a performance leaves me absolutely awestruck, but that's exactly what BTS accomplished with their recent BBC Radio 1 Live Lounge debut. In addition to performing their mega-hit "Dynamite" and the recent "Permission to Dance," Jin, Suga, J-Hope, RM, Jimin, V, and Jungkook went old school with a cover of "I'll Be Missing You" by Diddy feat. Faith Evans and 112. To make the 1997 song their own, BTS even added a few new Korean verses.

While the cover was a laid-back affair, they seemed to be having the time of their lives as they gave themselves "permission to dance" with their other two performances. Ahead, you can check out the videos for yourself. Fair warning: you're going to want to rewatch Jimin hitting the high notes in "I'll Be Missing You."

Can We Talk About BTS's Cowboy Dance Moves in the "Permission to Dance" Music Video?
Previous Next Start Slideshow
MusicBTS