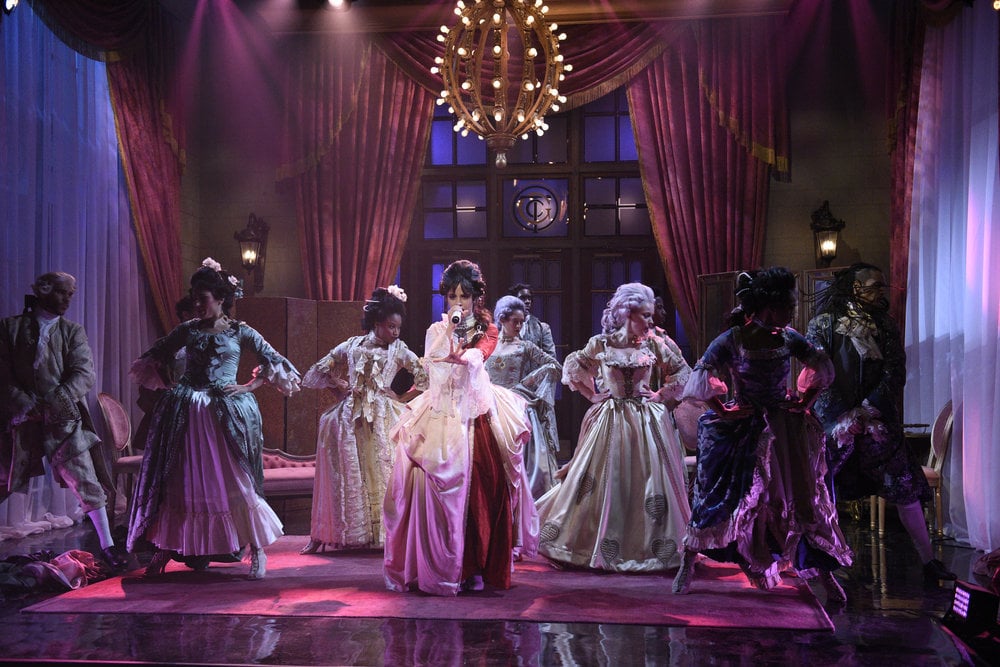 Camila Cabello's SNL Performances Were Lavish, but Her Vocals? Even More Sublime

Camila Cabello wasn't messing around when she took the stage during Saturday Night Live's Oct. 12 episode. She wowed viewers from the get-go with a vibrant, Marie Antoinette-inspired performance of "Cry For Me" as she crooned in a voluminous pink and red gown. The lively set design and catchy tune were enough to hook the audience, but Cabello's musical prowess really enwrapped us. And just when we thought she couldn't be any more amazing, she came back with another incredible performance, singing "Easy."

Both songs will be featured on Cabello's upcoming album, Romance. Now that we have a little taste of the LP, we're anxiously awaiting its official release. Cabello hasn't confirmed when the album will drop, but we know it'll be sometime this year. Waiting won't be easy, but don't cry for me, because her new music will be here soon. Until then, watch Cabello's SNL performances ahead!