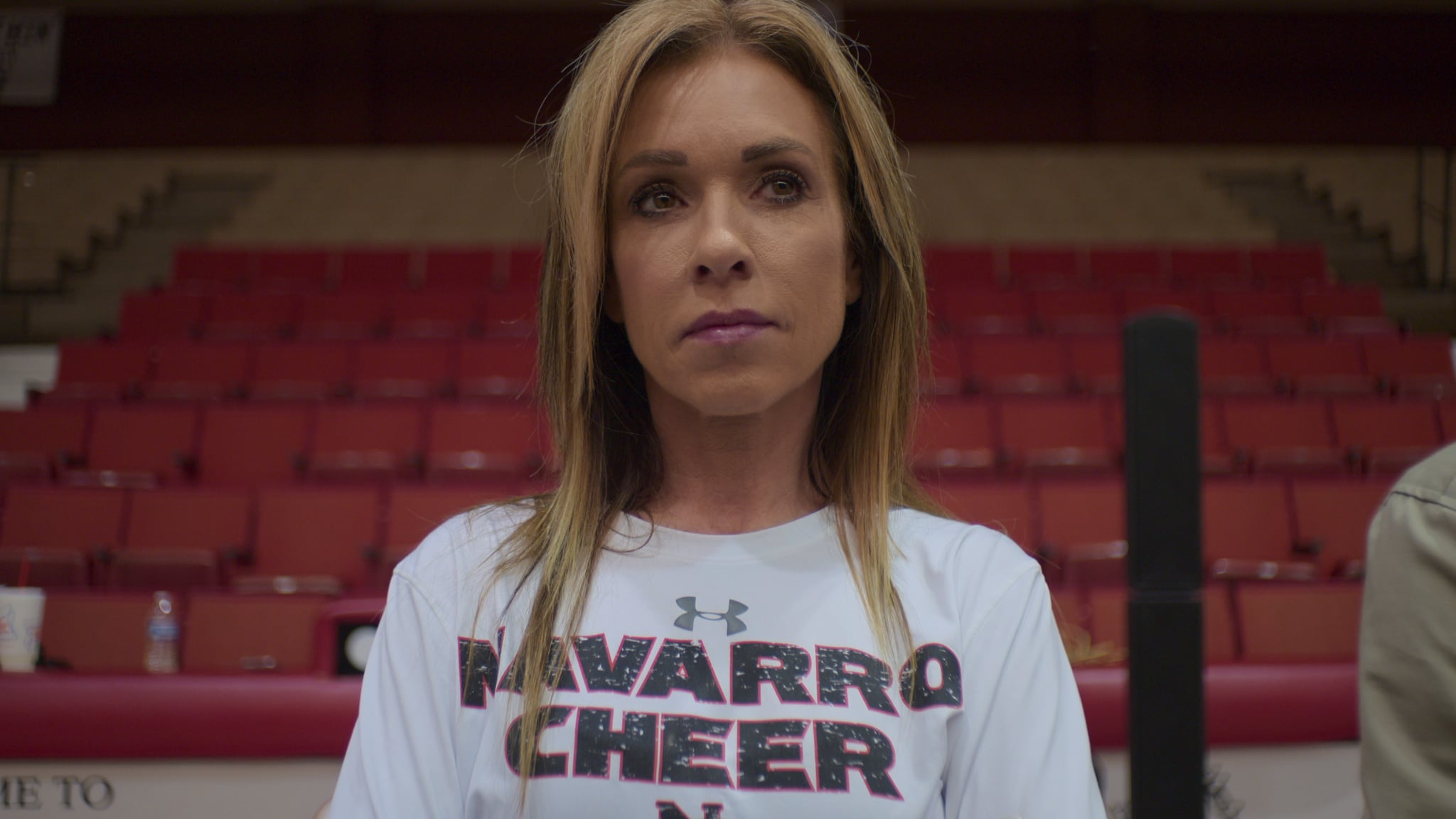 The beloved Navarro cheer squad is finally back on our screens for season two of Cheer, and it feels like we've been waiting forever for it. After the first season premiered in early 2020, we were left waiting on the edge of our seats to find out what would come next for head coach Monica Aldama and her Navarro College cheerleaders. The reigning national champions were ready to put their heads down and get to work for the 2019-2020 season when everything came to a screeching halt because of COVID-19.

Though Netflix had already started filming season two of the show, production paused because of the pandemic. The 2020 national championship competition in Daytona, FL, was canceled, and everything was put on hold. But as the world started to slowly recover, the Navarro team got back to work for the 2021 competition and the filming of season two. Though we knew season two of the show was coming at some point, Netflix surprised fans with an unexpected announcement in December, saying that season two would be available to stream the very next month.

Related:
Cheer's Angel Rice Is a Tumbling Legend, and We Have the Videos to Prove It

Now the question remains if we'll get a season three. While there's been no word from Netflix yet on the future of the show, the popularity of the reality series bodes well for renewal. The beauty of a show like Cheer, also, is that there will always be fiercely competitive teams and there will always be a national championship (as long as COVID allows), which means you can count on a pretty compelling storyline.

Though some of the cheerleaders we've gotten to know in the first two seasons of the show have moved on, new athletes will be coming in to create a brand new fresh-faced team ready to dominate the competition in Daytona. A new season could even show a more in-depth look at another squad — like the Trinity Valley Community College team that plays a more prominent role this season. For now, we'll just have to wait to see if and when Netflix shares the news about season three, but we're hopeful that it will happen. In the meantime, we're ready to watch season two in awe.