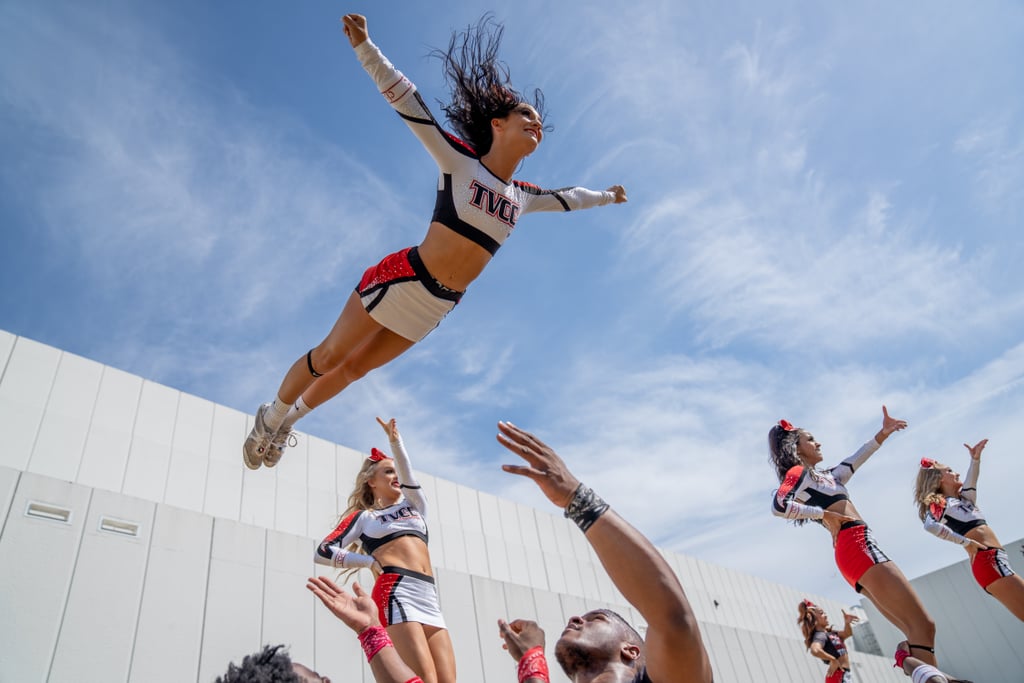 Season one of Netflix's Cheer focused on the Navarro College cheerleading team, with its rival, Trinity Valley, in the background, motivating the Navarro squad as they worked their way to the National Championship. The second season of the series continues to showcase Navarro, but this time it does much more to highlight the skill and talent of competitor Trinity Valley.

Trinity Valley, which is based in Athens, TX, is a force to be reckoned with. The squad has won a total of 12 national titles, and the team shows no signs of slowing down. The amount of talent between both Navarro and Trinity Valley, along with each team's incredible drive to win, are sure to make for another great season of Cheer. If you're hyped for the second season just like we are, check out these amazing Trinity Valley cheer routines to get your head in the game.