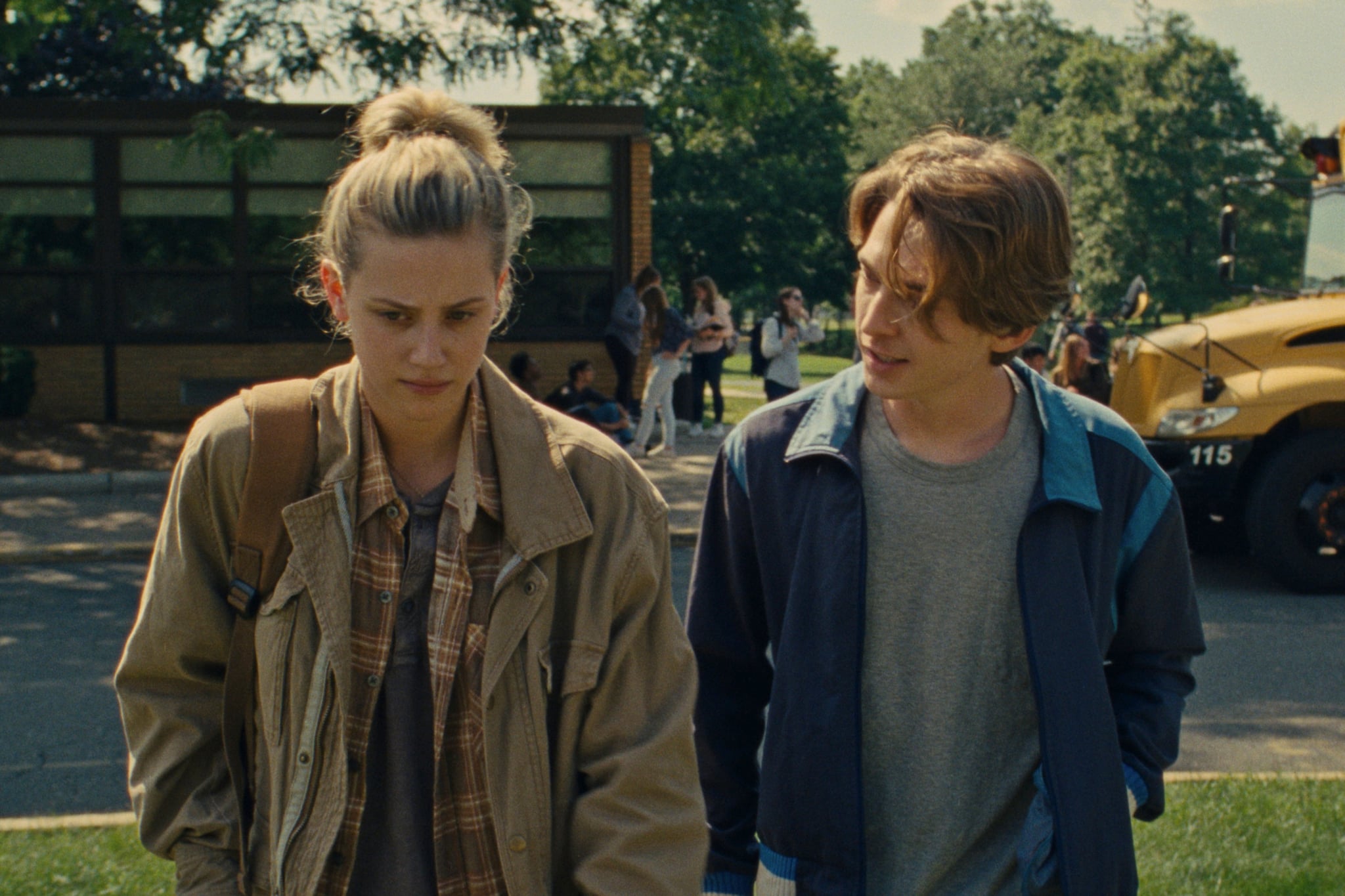 I love romance movies, so when I heard Amazon Prime Video was releasing a new movie starring Lili Reinhart and Austin Abrams, I was super excited. Based on the book by Krystal Sutherland, Chemical Hearts tells the story of Henry (Abrams) and Grace (Reinhart), two high schoolers who meet through coincidence and fate during their senior year. Henry, an aspiring writer and journalist, falls for Grace almost immediately, but those feelings aren't always reciprocated the other way around.

On a surface level the movie is enjoyable, but there is one huge issue in the film: Henry's male savior complex.

From the beginning, it's clear Grace is troubled, though it's not immediately evident why. She rarely smiles, doesn't engage in conversations, and offers little insight into her life before she transferred to Henry's school. As the movie — and their relationship — progresses, we start to understand Grace's past more and more. She was in a car accident that killed her longterm boyfriend, Dom, and besides having survivor's guilt and missing him terribly, she believes she caused the accident. Later, it's revealed Grace has an unstable relationship with her mother, and lives with Dom's parents in his old room.

Related:
6 Teen Romance Movies on Netflix That Will Have You Feeling Super Emotional

The film is told largely though Henry's perspective. In fact, we never see Grace exist outside of Henry. The few times we do see her alone, Henry is following or spying on her from a distance — and yes, it's as creepy as it sounds. While Grace is coping with the most traumatic event of her life, Henry — desperate for a romance like his parents' — struggles with getting her to love him.

With so much of the screen time devoted to exploring Henry's feelings towards Grace, the movie spins into a classic example of a male character prioritizing his own needs and believing their love can solve all problems. Henry wants to fix Grace so she can be who he wants, rather than understanding the realities of her emotions.

One of Henry's hobbies is kintsugi, the Japanese art of smashing and gluing ceramics back together. In a pivotal moment during the film, Grace tells him that she's not like one of his vases he can simply put back together and paint the cracks gold. For a split second, I thought this could be an opportunity for Henry to reevaluate his perceptions of love and partnership. I wondered if the film was going to challenge the notions of romantic expectations, replacing Henry's naive assumptions by mature decisions. But, as soon as the moment came, it seemed to slip away.

"If the goal was to unpack teenage heartbreak, loss, and confusion, the focus should have been Grace."

I grew frustrated spending so much time focused on the character whose growth seemed much more trivial. If the goal was to unpack teenage heartbreak, loss, and confusion, the focus should have been Grace. I can only imagine how much better the film would have been if we got to understand her demons without the caveat of how Henry felt about them.

Navigating a devastating loss, living in a room that's a constant reminder of that pain, feeling guilty and confused for having feelings for someone new, and not having a parent or close friend to turn to, those are themes worth diving into. There was a large missed opportunity to show genuine struggles and the many ways those experiences can take over a person's life.

By focusing so strongly on Henry's view of the world, the filmmakers made one point clear: his need to save and have Grace was more important than her need for healing. By the end of the film, it's understood Grace has reckoned with the past and is ready to move forward, but as viewers we don't really know how. She tells Henry that after graduation she's taking a year off from school and continuing therapy, as he looks on heartbroken that their relationship didn't work.

We never know exactly what changed for her, and at times it felt like as viewers we weren't supposed to care that we didn't have this information. It was as if her problems were only there as an obstacle for the Henry-Grace love story, and not because they actually mattered.

I admired the filmmakers for trying to explore the complexities of teenage emotions, as much as adults may shrug off younger experiences, they do matter. But, I wanted to actually see Grace's transformation through more than just Henry's quest for love. The growth she showed deserved to be more than just a bittersweet ending to their relationship.