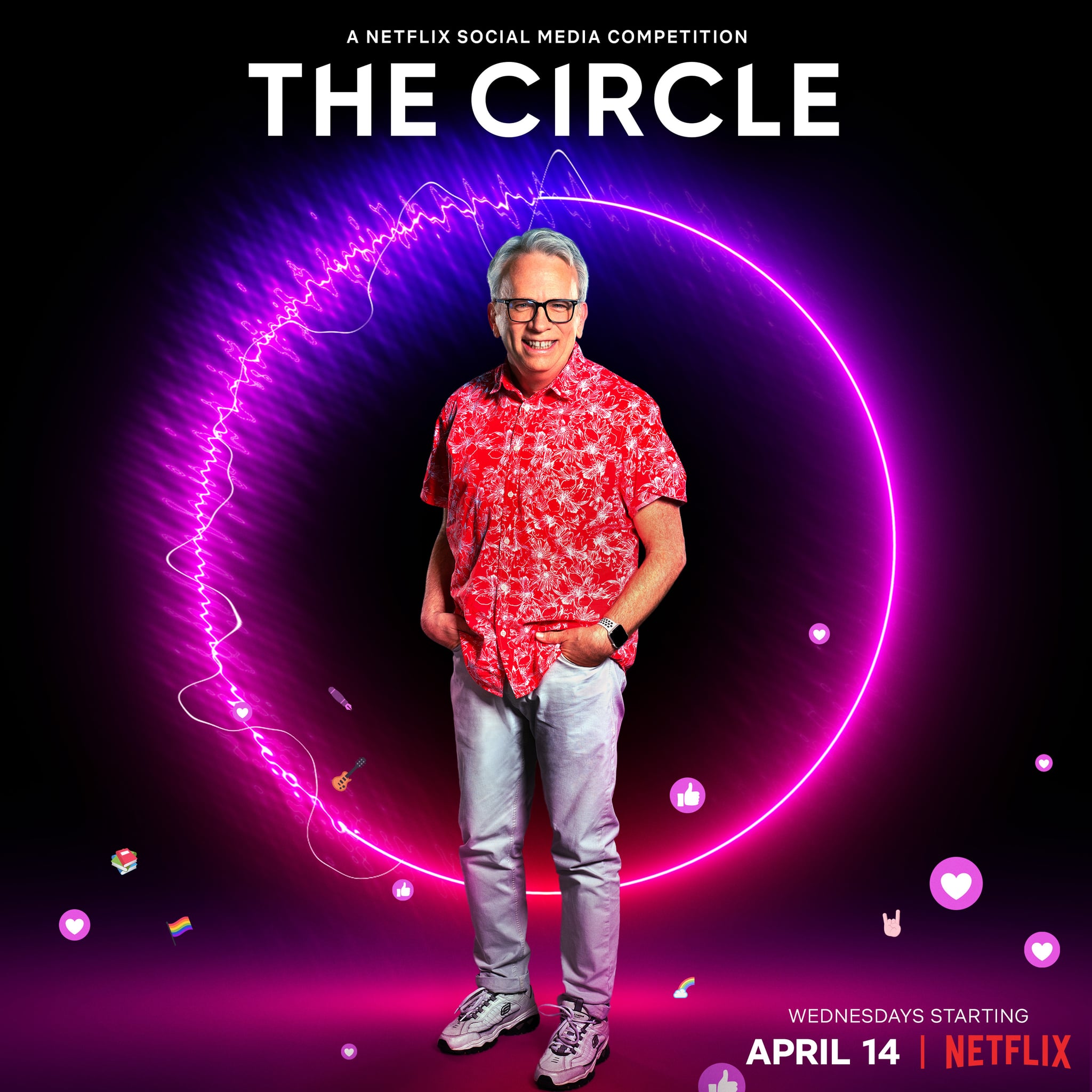 The Circle was one of the most talked-about reality shows to come out of Netflix's 2020 slate of original content, and it's finally back with a second season. The competition series, which is known for casting strangers with eclectic personalities and impeccable catfishing skills, is off to a nail-biter already. We've only gotten a small taste of what's to come, but it's safe to say we're hooked. And we'd be lying if we didn't say a large part of that was because we fell in love with Lee Swift (aka River) in episode one.

The 58-year-old from Dallas revealed he would be catfishing as his friend River, whose name is actually Doak Rapp. On the show, River is a 24-year-old from a small town in Texas. Don't go mistaking his rainbow hearts and friendliness as flirty banter, because River's love tank is off limits. Just out of a relationship, he's only here to make friends and win the grand prize of $100,000. We admire Lee's catfish dedication (he confessed to asking his 20-year-old niece for a 101 on "social media slang"), but we kind of wish he had entered The Circle as himself. From what we've watched thus far, he's pretty amazing.

For starters, the guy writes erotic novels for a living. In his intro package, he let fans in on a little secret. "I've written 39 books under a female pen name, so I have been a catfish before they used the term catfish," he shared. Lee! You sly dog! According to Lee's author website, he goes by the pseudonym Kris Cook, and his novels range from YA gay fiction to gay adult romance fiction. Some of his most popular titles include Gabe's Story, Secret Cravings: Texas Wolf Pack, and the Mockingbird Palace series. Going off the book covers alone, you might need to keep a tall glass of iced water nearby, because these books look steamy AF. Christian Grey, who?

Before joining the author community, Lee worked at a Fortune 500 company, where he befriended New York Times bestselling author Shayla Black. Lee actually credits Shayla with pushing him to get his first book published. In 2011, he said goodbye to his corporate lifestyle and took up writing full-time, and the rest is history. You can find all of Lee's books on Amazon, and be sure to tune into The Circle on Netflix, where new episodes drop weekly.

Tom Hiddleston
Will Loki Be in "Thor: Love and Thunder"? Here's What We Know
by Amanda Prahl 55 minutes ago

Hulu
"The Bear" Star Ayo Edebiri on Cooking, Grief, and Chopping All Those Onions
by Victoria Edel 7 hours ago