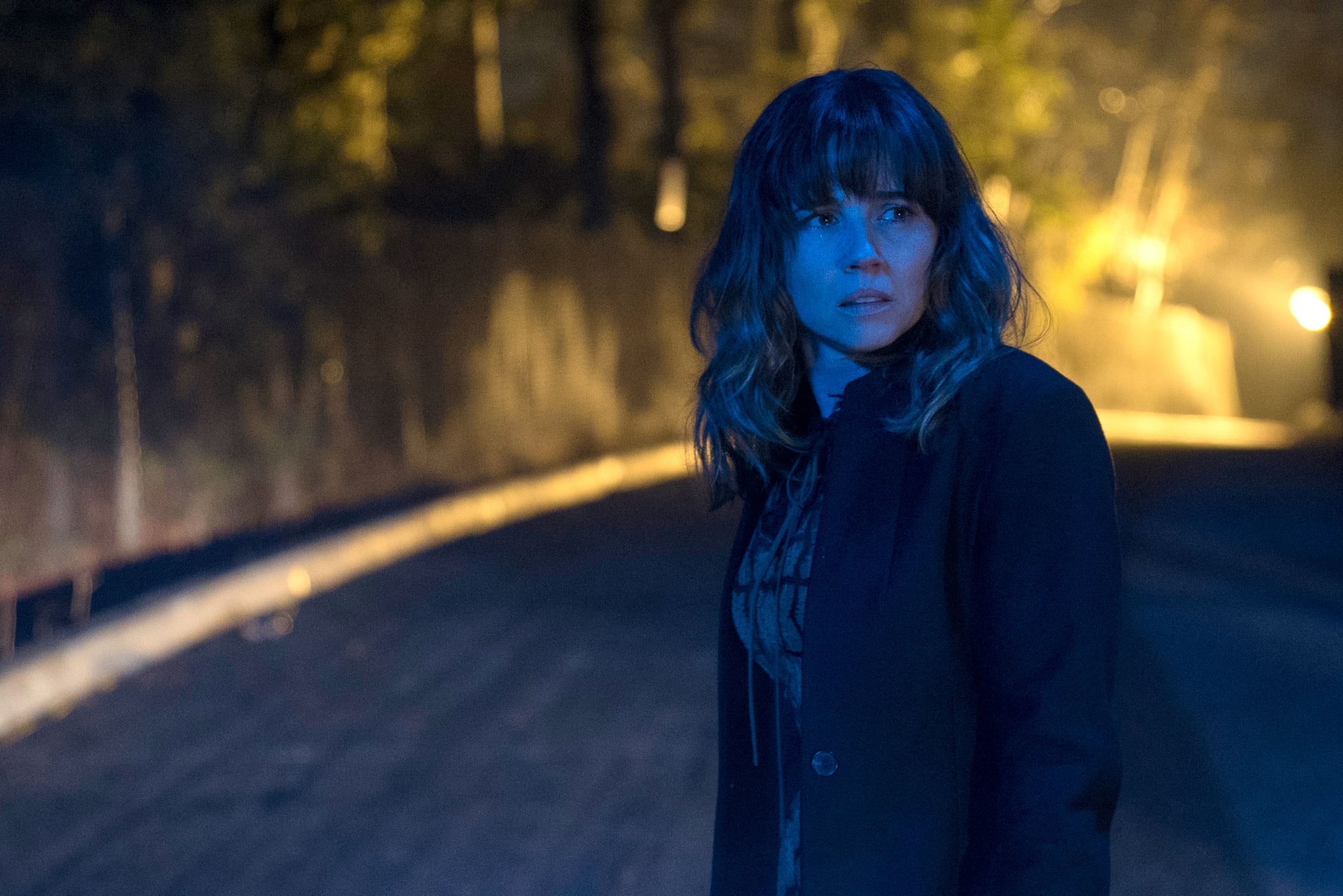 A winding thriller with Grey's Anatomy's emotional sucker punch, Netflix's superbingeable Dead to Me is officially back with a long-anticipated second season. As we keep our fingers crossed for Jen (Christina Applegate) and Judy (Linda Cardellini) to rekindle their complicated friendship, we also have so many questions about what's going to happen next. Season one, after all, ends on a cliffhanger that can really go in any one of multiple directions. As it's been a minute since the series premiered, here's a refresher of the finale, one so dark and twisted that not even Judy can sage away the bad vibes.

How Does Ted's Investigation Go?

The end begins with Judy tearfully confessing that she hit Ted, Jen's husband, with her car and asking Jen what she can do to make things better. Following a beat, Jen tells her she can die. (Yikes.) Things only get bleaker from here for Judy — after learning she's in early menopause and losing Jen's trust, Judy discovers that her friend Abe is dead.

The next day, Jen hits up the police station and tells Detective Perez (Diana-Maria Riva) that Judy killed Ted. Unfortunately, Perez can't do much with Judy's confession, which really pisses off Jen. Later, Judy, of course, pops up at an open house, telling Jen that she will turn herself in and take the maximum sentence. Jen threatens her with Ted's gun, forcing Judy to leave. And so Judy does leave, withdrawing all of the money from her account with her ex Steve (James Marsden). Oh, Steve. We have lots more on him later.

What Happens to Jen's Children?

As much as Dead to Me is a thriller about friendship, it's also about Jen scrambling to keep her family together. Jen's children cope with grief in vastly different ways. Her son Henry (Luke Roessler) gets in touch with his spiritual side, getting a full-blown baptism. Right after his ceremony, Judy stops by and gives him a wooden bird, a gesture to how he believed his father was a bird by his window. It's not just any ordinary figurine, though. Jen later finds a rolled-up cashier's check for $500,000 in it.

Charlie (Sam McCarthy) hasn't been dealing with his father's death as well as his baby brother. After a gun and drug bust, he opts to live with his paternal grandmother, Lorna (Valerie Mahaffey), upset with Jen for arguing with Ted before his death. But as Jen tentatively predicted, Charlie eventually comes back in the middle of the night. His explanation? Lorna has a pill problem and smothers him by calling him Teddy. Then, cue the awws: edgy Charlie finally tells his mother he loves her! However, things don't stay warm and cozy for long.

Where Does Steve End Up?

Steve truly wins the award for awful ex of the year. Before confessing to Jen, Judy turns him in for money laundering. With the feds after him, Steve is desperate to find Judy and move his money around. This brings him to Jen in the middle of the night. Unfortunately (or maybe fortunately), Steve lets slip that he was with Judy the night of Ted's death while trashing on his ex. Jen's very keen on why they drove away, knowing Judy wouldn't just hit and run. Steve can't smooth-talk his way out of this anymore — Jen points her gun straight at him, telling him to leave her house.

Meanwhile, Judy's very drunk at Ted's memorial. She stands in the middle of the road to get run over, but instead, the car that comes by swerves in the nick of time. Jen, out of the blue, calls her up. Cut to Jen's house, where both women are staring down at Steve, who's apparently shot dead and floating in the pool Great Gatsby-style. Can Steve's death reforge a bond between Jen and Judy? We'll just have to see how season two kicks things off.