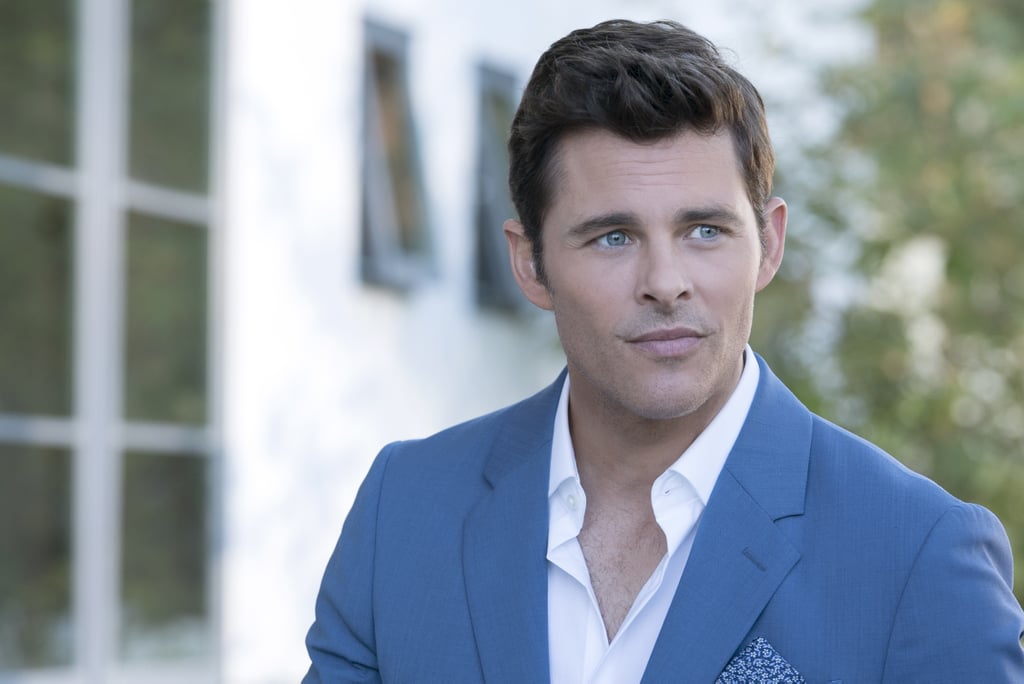 Dead to Me: The Subtle Way Judy and Steve's Dialogue Calls Attention to Abusive Relationships

Unless you've been taking a social media break for the past month, you've likely picked up on the buzz surrounding Netflix's latest popular hit, Dead to Me. The dark comedy follows Jen (Christina Applegate), a widow grieving the hit-and-run murder of her husband with a little help from a new support group friend, Judy (Linda Cardellini). Though the two women are polar opposites — Jen is a cynic who listens to screamo in her car to channel her anger, while Judy is inherently optimistic despite suffering loss after loss — they quickly form a tight bond, helping each other navigate through their own hardships.

Dead to Me has plenty of quotable one-liners (most of which prominently feature the F-bomb, courtesy of Jen), but some of the more impactful dialogue moments are between Judy and Steve, her ex-fiancé, portrayed by actor James Marsden. The script incorporates a recurring exchange that subtly yet powerfully proves just how manipulative and emotionally abusive Steve is toward Judy. Each time Judy calls out her former lover for being cruel, he spews out a hollow apology, to which she immediately — almost reflexively — responds with "It's OK," as if to validate his meaningless "I'm sorry." It's like she's brainwashed to automatically forgive Steve each time he raises his voice at her . . .

Although these interactions unfold quickly each time, it's heartbreaking to see Judy stuck under his controlling spell throughout the season. Steve is well aware that Judy is infatuated with him, despite the fact that he left her after she suffered five consecutive miscarriages. He uses his cunning charm to his advantage when they briefly rekindle their romance in the middle of the season — a move he pulled to manipulate her out of confessing to Ted's murder. Some viewers believe Steve is so calculating that he may have actually been behind the wheel when Judy's 1966 Mustang hit Ted, and that he gaslit Judy into believing she was responsible. What a plot twist that would be.

Related:
If Netflix Gives Dead to Me a Second Season, the Plot Could Go 1 of These 3 Ways

Regardless of who actually hit Ted, there's another side to Judy's "I'm sorry; it's OK" dynamic with Steve. Seeing as she's conditioned to forgive immediately, it could shed light on why she was so quick to beg Jen for forgiveness after confessing to Ted's murder. "Please forgive me. Please say something. Please tell me what I can do to make it better, to make it right," Judy says in the ninth episode, prying a silent, shocked Jen in her backyard. In the end, Jen sees Steve for who he truly is — the man ultimately responsible for Ted's death because he told Judy to keep driving — and Judy is reprieved of his narcissism for good.

Since Dead to Me's first season began streaming on May 3, many impassioned viewers have applauded its writers for using Steve and Judy to accurately depict what an emotionally abusive relationship looks like. Their dialogue is just another one of the onion-like layers of the show to relish, and we can't wait to (hopefully) relish a second season soon.

Previous Next Start Slideshow
RelationshipsTVDead To Me