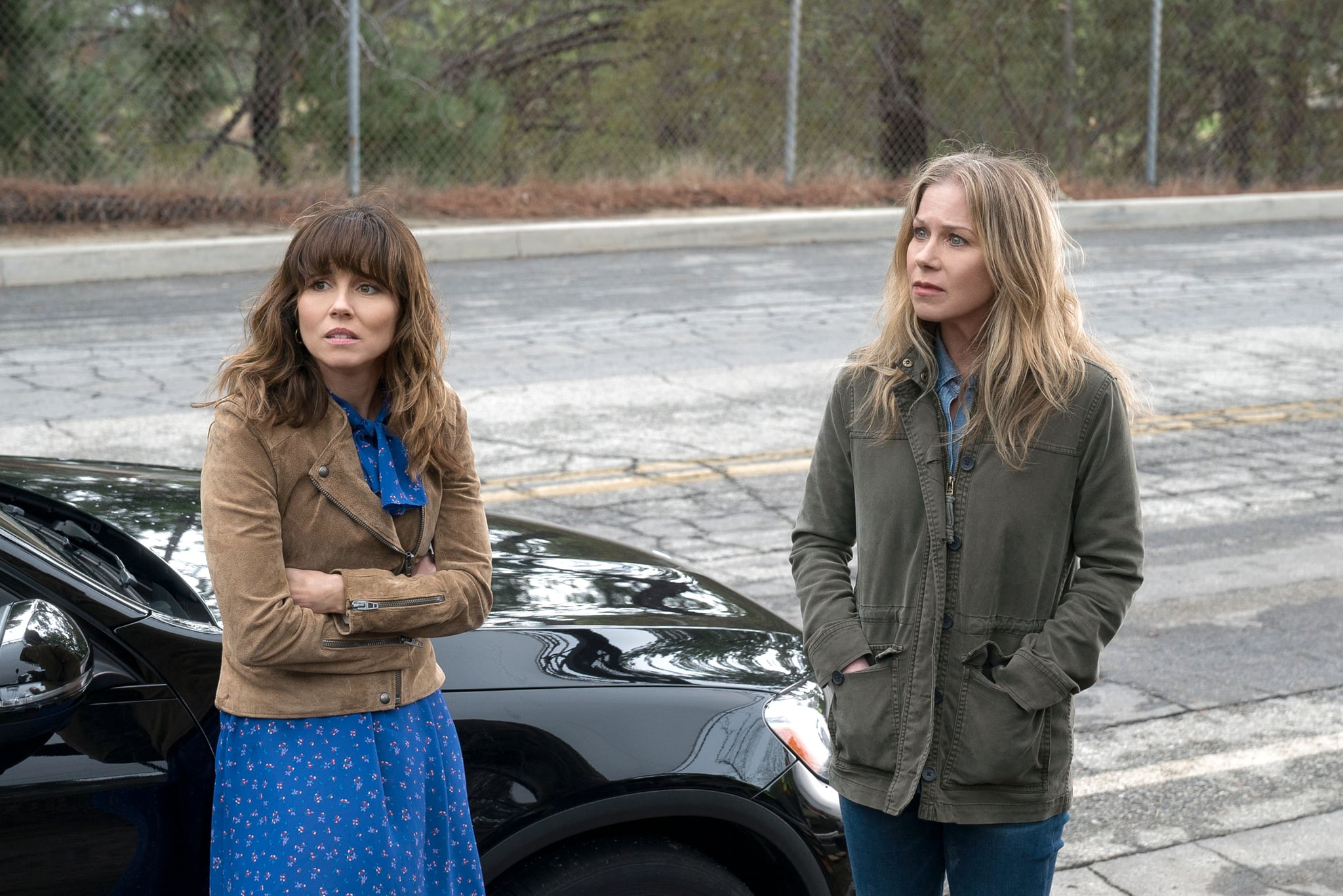 Netflix is giving us all what we want, need, and deserve while social distancing: season two of Dead to Me. The streaming service just announced that the dark comedy's highly anticipated second installment will premiere on May 8, one year (and five days, to be exact) after we were first introduced to Jen and Judy, played by Christina Applegate and Linda Cardellini, respectively. Oh, and that also just so happens to be a Friday, so consider your plans for the following weekend sorted.

To refresh your memory on what went down during the first season, Jen is struggling to solve the hit-and-run murder of her husband when she meets Judy in a support group. Despite their polar-opposite attitudes, the two form an unlikely friendship, and Judy winds up moving into Jen's guest house after calling it quits with her emotionally abusive ex-fiancé, Steve (played by James Marsden). But Judy is grappling with a huge secret: she's the one responsible for the death of Jen's husband, and Steve encouraged her to flee the scene. She eventually admits this to Jen, and next thing we know, Jen appears to shoot Steve in their backyard, leaving us with quite the bloody cliffhanger.

Related:
24 Relatable Dead to Me GIFs For the Jens and Judys in Your Group Text

It looks like season two will be similarly packed with drama. According to an official synopsis shared by Netflix, "Picking up in the aftermath of that bloody backyard reveal, the irrepressible pair once again struggle to keep their secrets buried. With a surprising new visitor in town and Detective Perez (Diana Maria Riva) hot on their heels, Jen and Judy take drastic measures to protect their loved ones and each other — no matter the cost." Watch the official teaser below, and be sure to mark your calendars for May 8. The countdown begins!