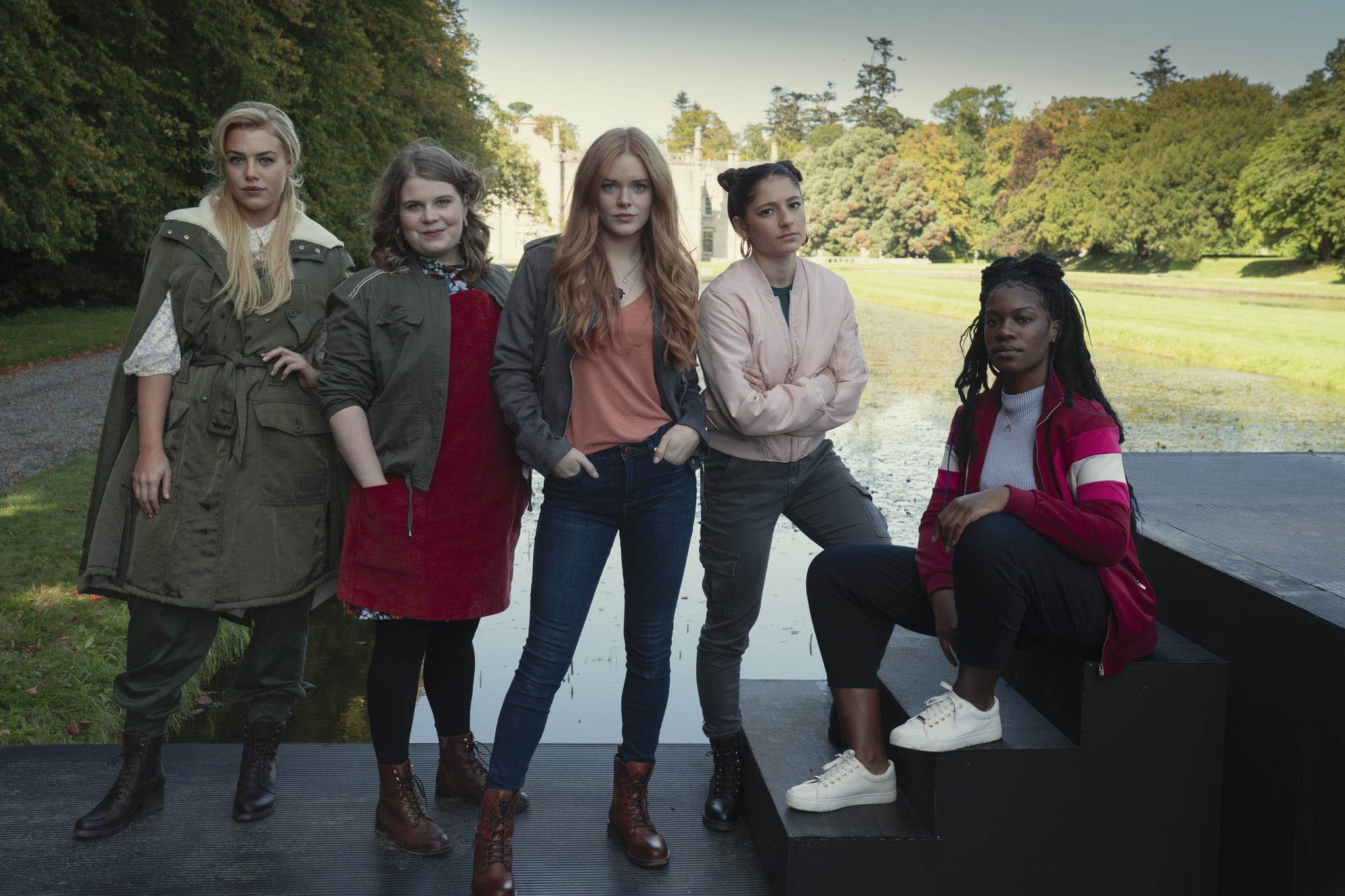 When I first heard they were making a live-action adaptation of Winx Club, I was thrilled. I fondly remember the early-2000s cartoon with its ridiculously fun fashions and core group of girls who will do anything for one another. Then I saw the casting of said group for Netflix's Fate: The Winx Saga, and my enthusiasm waned. Don't get me wrong; Abigail Cowen, Precious Mustapha, Hannah van der Westhuysen, Elisha Applebaum, and Eliot Salt are all talented actors who don't deserve the hate they've received from the community, but the whitewashing of the show is apparent and shouldn't have happened in the first place.

As a white person, sometimes it's hard for me to recognize the blatant whiteness of shows because the characters on screen reflect what I look like and I don't often feel othered by experiences I see. Yet, with Fate: The Winx Saga, it was easier; the original's core group of six contain three people of color, while the reboot has a group of five with only one Black main character, Aisha. In the cartoon, Musa is Asian (more specifically based on Lucy Liu), while the Musa on Fate: The Winx Saga is ethnically ambiguous at best — an aesthetic Netflix seems to prefer. According to her casting page, Applebaum, who portrays Musa on the series, can play "Hispanic, Mediterranean (fair), Middle Eastern, Middle Europe/caucasian, Slavic/Eastern European, and white." None of which tie back to Musa's original Asian roots. Then there's Terra, a wholly new Earth fairy creation for the live-action series portrayed by Salt. The original cartoon features an Earth fairy named Flora who is Latina and stylistically based on Jennifer Lopez. Why Netflix decided to replace Flora with Terra is beyond me, as fans were not pleased with the news.

While Fate: The Winx Saga does have characters who are POC, they're either relegated to background actors, supporting roles, or, in the case of Aisha and Dane, the catalyst for someone else's story.

While Fate: The Winx Saga does have characters who are POC, they're either relegated to background actors, supporting roles, or, in the case of Aisha and Dane, the catalyst for someone else's story. Although quickly identified as a strong and independent fairy with immense control of her powers, Aisha gets sucked up in Bloom's drama and has to either clean up her messes or act as a foil to the group's terrible plans. When it comes to how the show was marketed, Aisha's actor, Mustapha, is seen at the end of group shots versus in the middle (you know, where you'd think Bloom's roommate and best friend would stand). Dane, a nonmagic specialist portrayed by Theo Graham, is both a person of color and seemingly queer. His entire story involves Terra having a crush on him, him crushing on a borderline-homophobic specialist named Riven, and him being devoted to the "bad girl" Beatrix. We don't get to know much about him outside of his potential crush on Riven, devotion to Beatrix, and sometimes sh*tty treatment of Terra. While there's no mention of race or ethnicity when it comes to Aisha and Dane on the series, it's clear from their treatment that they're nothing more than tokenizations of what their characters could be.

This realization of the show's diversity issue is unfortunate, because the show does have its redeeming qualities. At its heart, you can see the world building that Fate: The Winx Saga is trying to do and how it's trying to find the balance between its characters. Personally, it also filled the "sexy magic school and hot people" void that the cancellation of Chilling Adventures of Sabrina left in my heart. Since its first season is only six episodes, I don't think it's too late for Netflix to do right by the original Winx Club source material, should it get a chance at a second season. If it is renewed, it needs to give Aisha, Dane, and other characters who are POC more agency, bring in characters like Tecna and Flora with cast members who are POC, and address any concerns the audience may have when it comes to these problematic issues.

Award Season
Taraji P. Henson, Janelle Monáe, and More Stand Up For Abortion Rights at the BET Awards
by Njera Perkins 6 hours ago

Award Season
Jazmine Sullivan Urges Men to Rally For Abortion Rights at the BET Awards: "Stand Up"
by Kelsey Garcia 6 hours ago