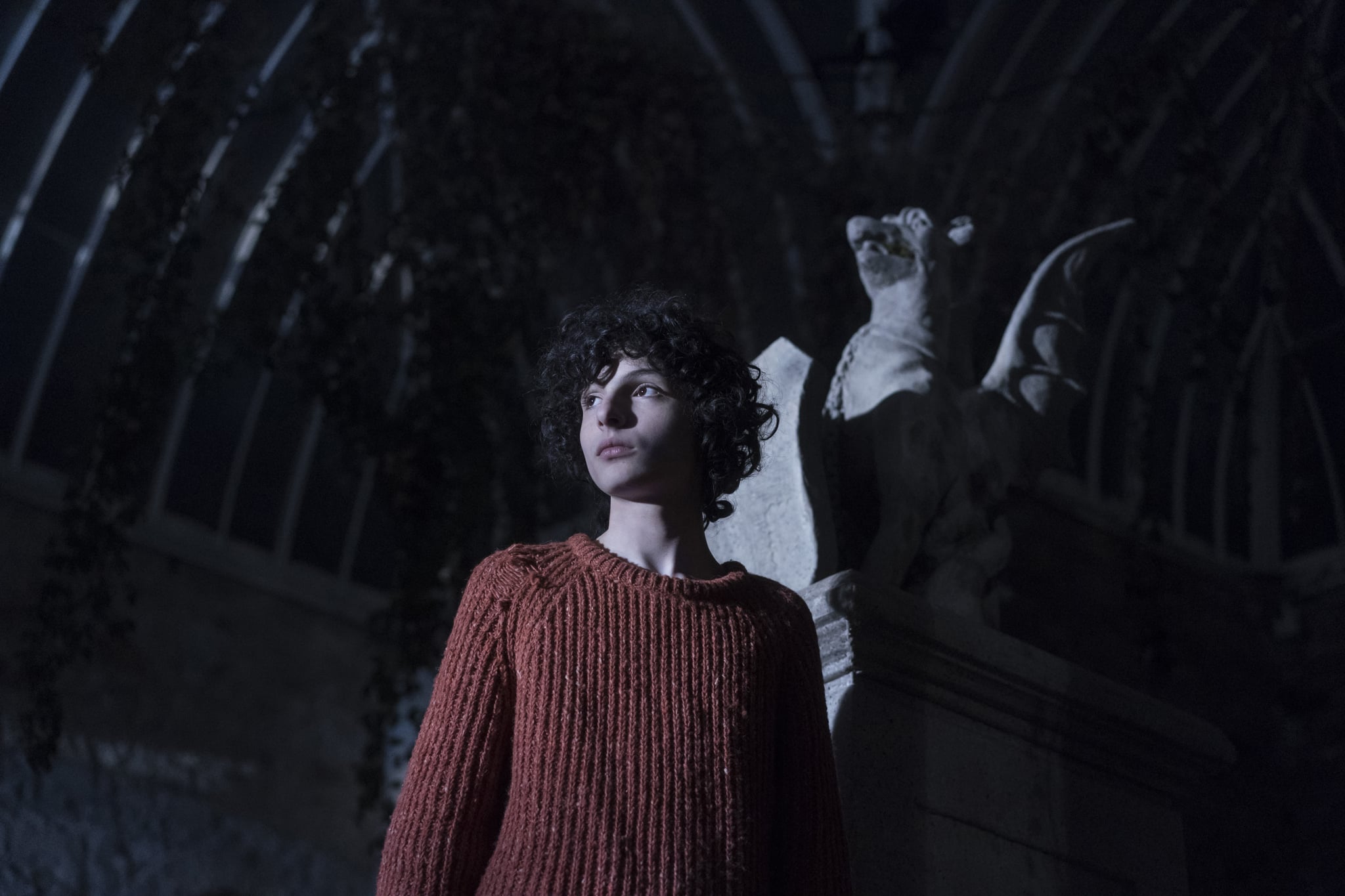 Out of all the young actors paving their way in sci-fi and horror realms, Finn Wolfhard is one of the standout talents. Just look at his repertoire of film and TV projects; while some recognize the 17-year-old actor as Richie Tozier from the reimagined It films and Pugsley Addams from 2019's The Addams Family, many know him as Mike Wheeler on Netflix's Stranger Things. And on Jan. 24, Wolfhard will make his debut as 15-year-old Miles Fairchild in The Turning — a Floria Sigismondi-directed thriller based on Henry James's 1898 novel, The Turn of the Screw.

"Miles uses music to escape life and deal with grief. That's the only thing that Miles and I have in common, actually. We escape situations with music."

Wolfhard portrays a troubled teen who is none too pleased when live-in tutor Kate Mandell (Mackenzie Davis) is hired to help his younger sister, Flora (Brooklynn Prince). Upon Kate's arrival at the orphaned siblings' home, she's welcomed by Flora, but constantly spurned by Miles. As the governess spends more time in the house, she begins to feel a spectral presence all while engaging in a power struggle against the eldest Fairchild, who also seems to be at war with himself. Soon, Kate wonders if the eerie ambience and Miles's attitude are somehow connected.

"What I worked on with Floria and my acting coach, Ben Perkins, was that he's constantly having a wrestling match with himself," Wolfhard told POPSUGAR over the phone on Jan. 11. "He's an unpredictable character. He's constantly flip-flopping, and we even established these little tics that he has. You're not sure if he's struggling with a disorder or if he's paranormally affected. It was an interesting character to play."

Motifs and symbolic details are also laced throughout the film, hinting at the complexity of each character. Miles, in particular, has an affinity for spiders — creatures that often represent looming anxieties and someone's darker, more mysterious side. Another element that fascinated Wolfhard is the prominence of music. "It plays a lot into the movie," Wolfhard said. "Miles uses music to escape life and deal with grief. That's the only thing that Miles and I have in common, actually. We escape situations with music." 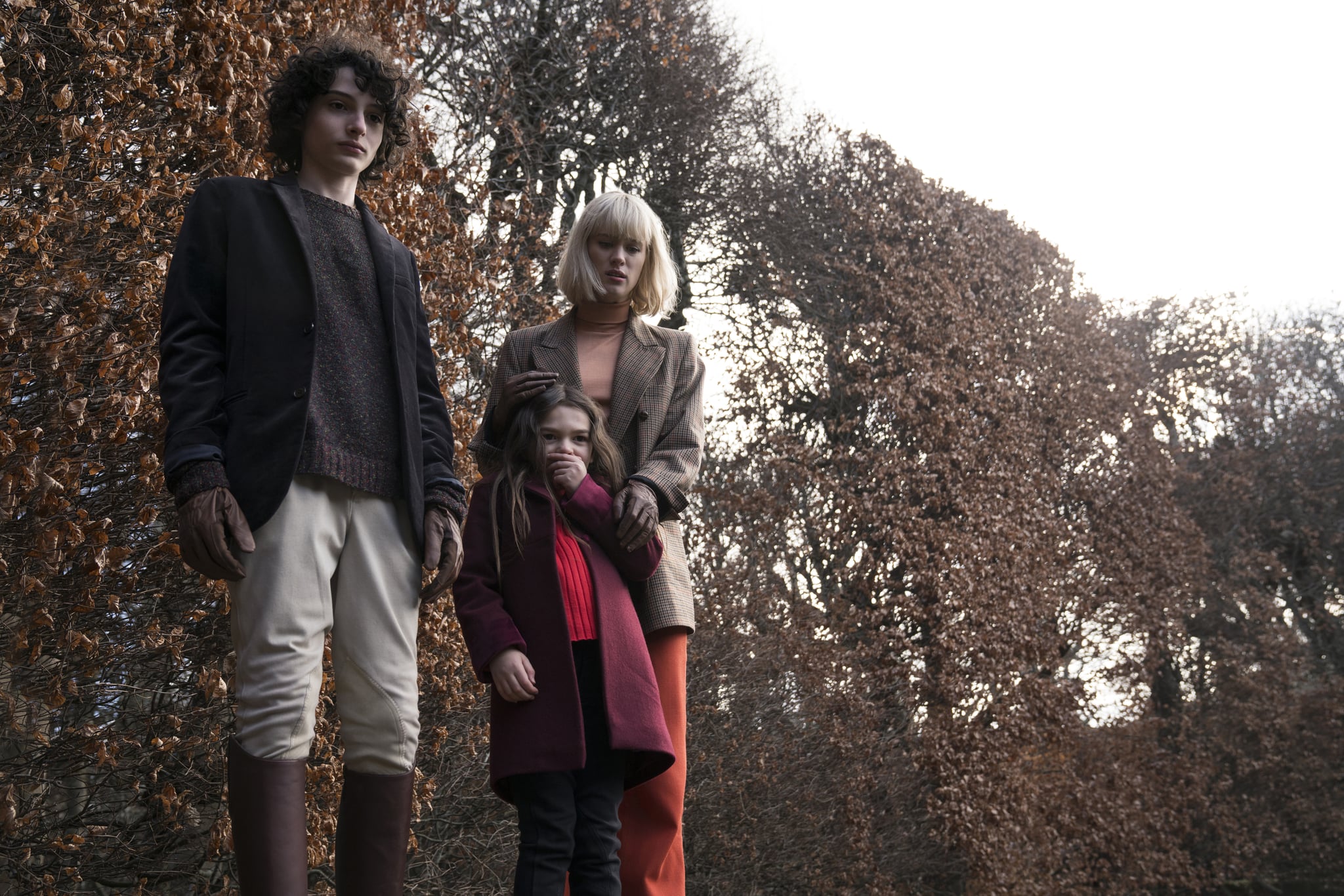 One of the symphonic reference points Wolfhard and the creative team used was the 1983 song "Despair Came Knocking" by Daniel Johnston. "He was a legendary folk singer who we listened to during filming," Wolfhard said of the late crooner. "That song, in particular, is creepy but also really beautiful." And if Wolfhard, a musician himself, were to curate his own horror-themed playlist, Johnston's spine-chilling tune would definitely be on it, along with any "old punk that's hardcore and weird." Wolfhard's new song, "Getting Better," with his band The Aubreys would also presumably make the cut. After all, it is featured on The Turning's soundtrack, which is set to drop the same day as the movie.

Although much of the film shows a tug of war between Kate and Miles, there's much more at play than we're led to believe. And, perhaps, that means we should look at everyone with a skeptical eye, especially after the film concludes rather indeterminately. Wolfhard, of course, has his theories about the ending, saying, "There are a lot of things it could mean." But the only hint he'll offer is this: "Kate also deals with grief and has been running from herself the whole movie." What could that mean? You'll just have to find out when The Turning hits theaters on Jan. 24!