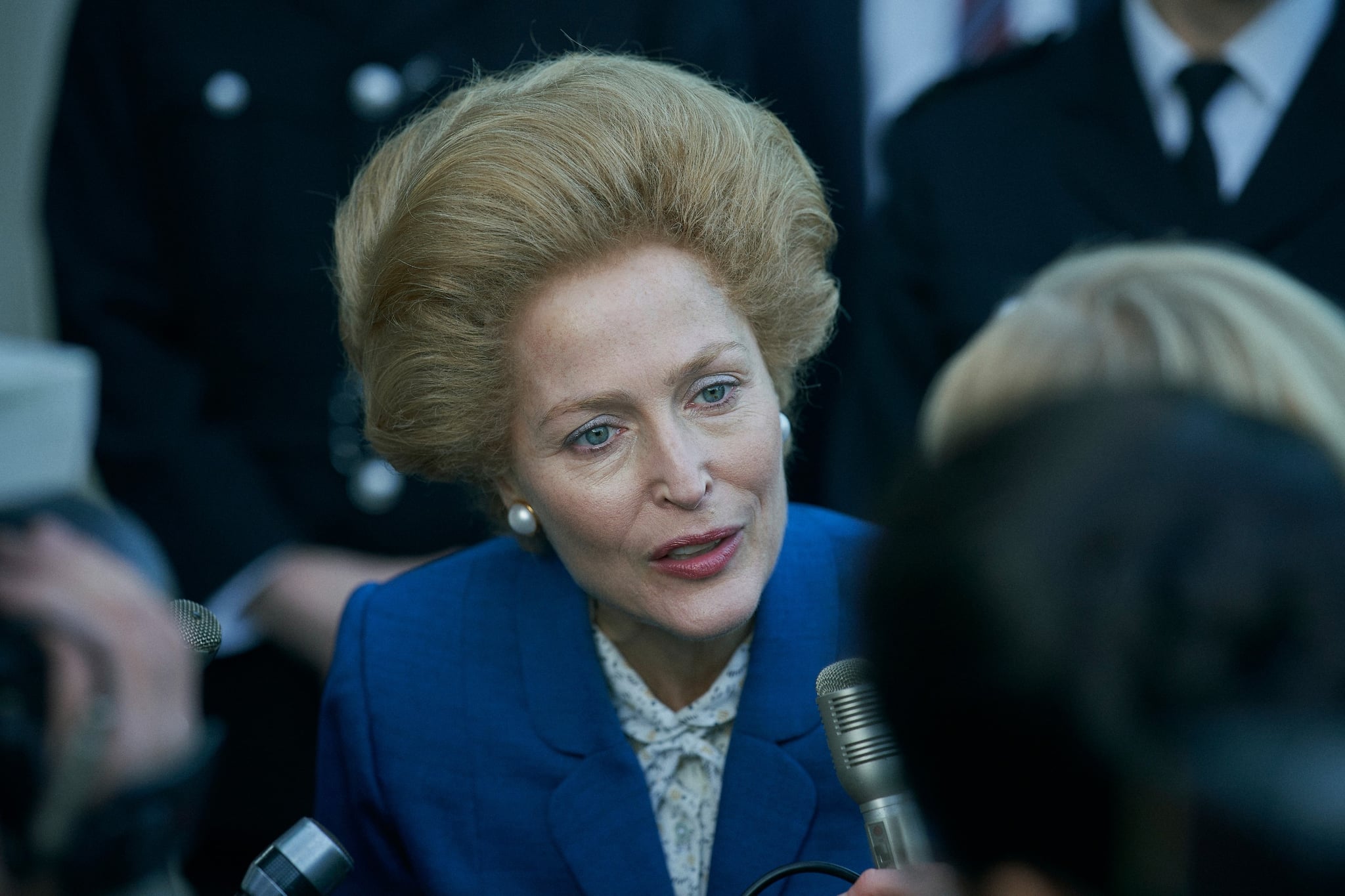 Gillian Anderson plays Margaret Thatcher in season four of The Crown, a show that's recently sparked debate about fact versus fiction, with some royal editors and members of the UK government going as far to call for a disclaimer, stating that the show is not an exact retelling of historical events.

The dispute first began in November 2020, when UK culture secretary Oliver Dowden spoke to the Daily Mail on Sunday about his fears that viewers could misinterpret events when watching the series. "Without this [warning], I fear a generation of viewers who did not live through these events may mistake fiction for fact," he told the newspaper. Former education secretary Damian Hind also took the time to share his thoughts, telling Daily Mail that "this is not some dramatisation of a novel. It is based on the lives of real people and it relays many events people will recognise, so although it contains fiction, it certainly isn't 'pure' fiction."

In response, Netflix told Variety that they had no plans to add any forewarning as the show was "always presented as a drama". "We have every confidence our members understand it's a work of fiction that's broadly based on historical events. As a result we have no plans — and see no need — to add a disclaimer," the streaming service explained.

On 4 Feb., Anderson shared her view on the situation during an interview with InStyle. "It's so obvious that we're doing a TV show and that these are characters based on real-life people. To me, it just felt like drama for the sake of drama. But I get that there are a lot of people invested," she told the magazine. "There's a lot of stuff that could have been written about — but was not — that is so much worse than what ended up in the show. There has been kindness extended in certain areas where it didn't have to be," she added. It's still unclear as to whether or not Netflix will be changing their minds about the need for a disclaimer, but it does seem unlikely.