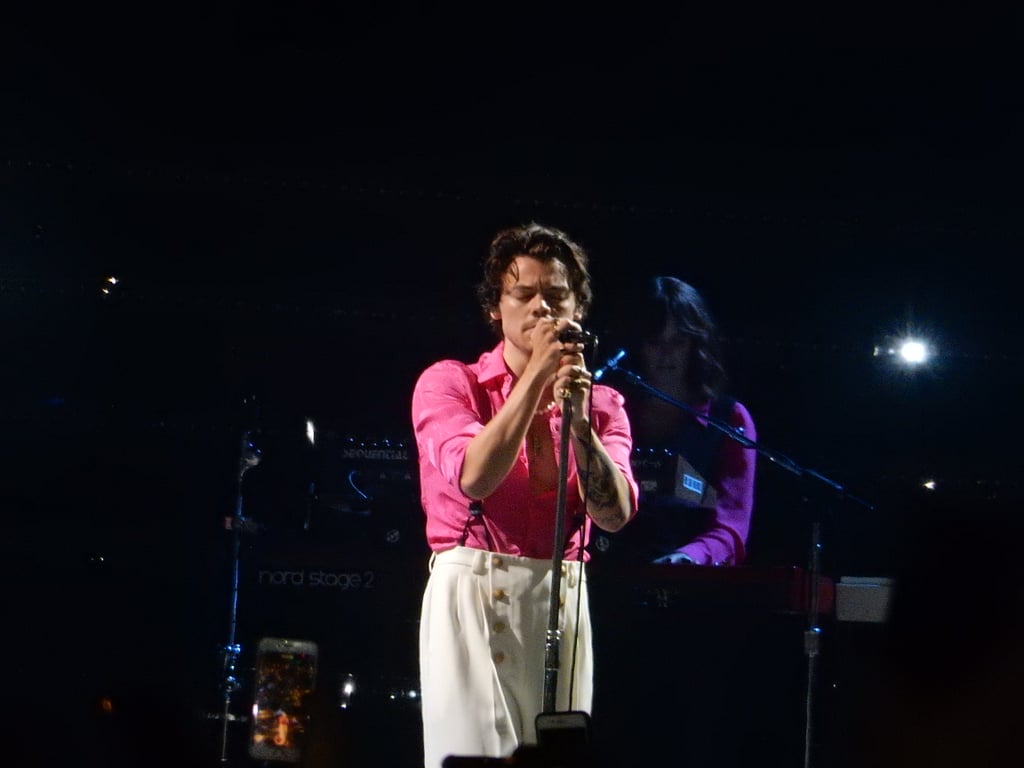 Whew. That's all I've got to say about Harry Styles's Fine Line show at The Forum in Los Angeles. When the British singer announced that he'd drop his second album, Fine Line, on Dec. 13 and perform the whole thing live on stage that very same day, I, to put it mildly, lost my sh*t. When I say I cried over a plate of tacos, I'm not exaggerating. And at that point I hadn't even heard the music, but I know how Styles operates and I know what his live shows are like, so I knew this was going to be one very special night.

Special is an understatement. Styles performed in the beautiful pink and white outfit from his album cover and wowed the crowd with every single one of his new songs. But he didn't stop there. Not only did he include a few of his older hits, like "Sign of the Times" and "Kiwi," he also welcomed a very special guest to the stage. For all that and the other incredible moments you might have missed during this once-in-a-lifetime show, keep reading.