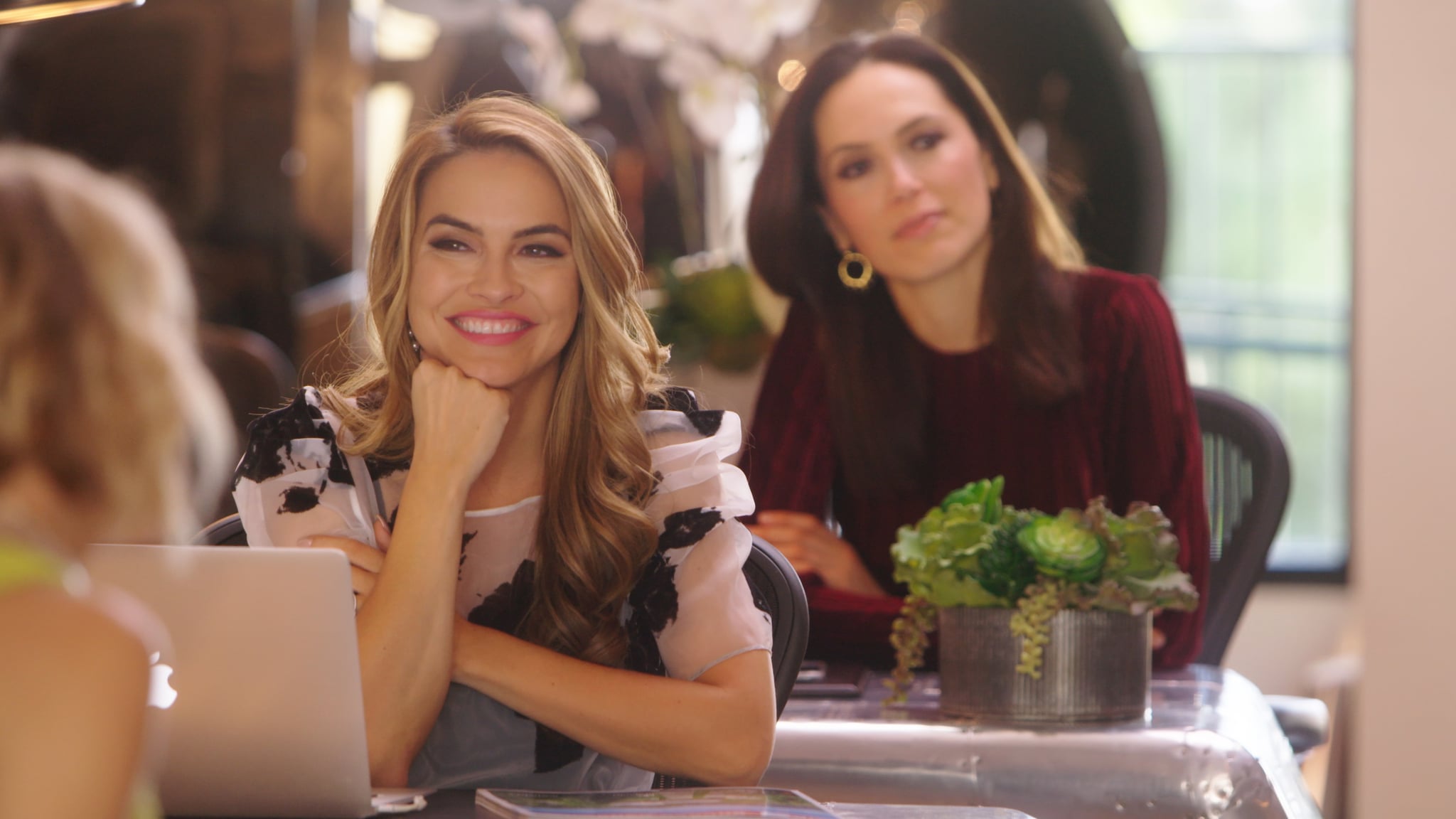 Season three of Netflix's Selling Sunset was a whirlwind, to say the least. Between Chrishell Stause's very public split from This Is Us star Justin Hartley and the drama surrounding Christine Quinn's wedding, there were plenty of storylines that left us wanting more. Unlike the third installment, which was teased in season two's final episode, the fourth chapter wasn't confirmed right away. However, on March 10, Netflix revealed that the series has been renewed for seasons four and five, so get ready for double drama. The entire cast — including Chrishell, Christine, Mary Fitzgerald, Heather Rae Young, Amanza Smith, Maya Vander, and Davina Potratz — are expected to return, with filming tentatively starting soon.

In an interview with Entertainment Tonight in August 2020, Christine dished on when filming would resume amid the COVID-19 pandemic. "I think it's going to be really interesting because if we do shoot, it's not going to be until next year," she said. "I hear that production is pushing everything until late December, if not next year. So, I feel like this year will be good because it's giving everyone a chance to cool off and, like, heal the wounds that have been going on since season three. So going into season four, I think it's going to be really interesting. And also the dynamics are going to be changing. You know Davina [Potratz] is a broker, Brett [Oppenheim] has left the brokerage and started his own firm. I mean, there's a lot of chess pieces waiting to be moved across the board, so I think it's going to be the most interesting season we ever will have if it happens."

There is quite a bit to look forward to next season. Maya might leave the brokerage, Amanza is still calibrating her work-life balance, Christine is expecting her first child, Heather is officially engaged to Flip or Flop's Tarek El Moussa — which means we could get an inside look at their wedding plans — and Chrishell is adjusting to the single life.