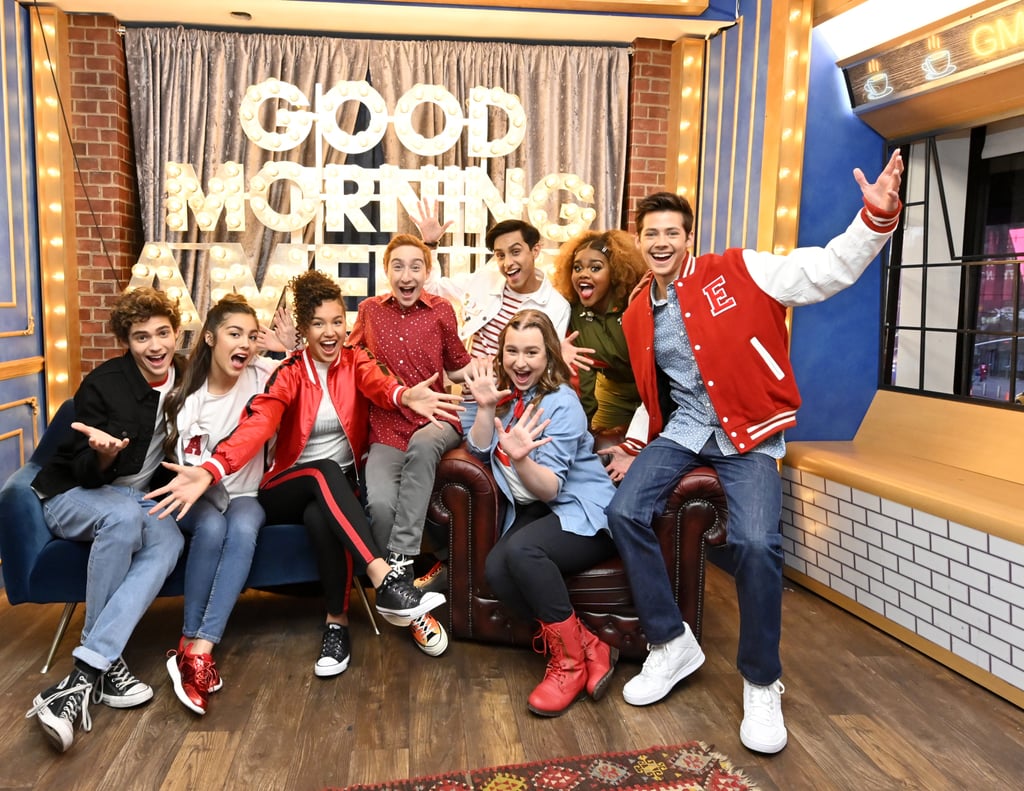 The cast of High School Musical: The Musical: The Series showed off their Wildcat pride as they performed on Good Morning America on Friday. Ahead of the show's release on Disney+ on Nov. 12, the young stars performed the film's memorable closing number, "We're All in This Together," on stage. Joshua Bassett and Olivia Rodrigo kicked things off with an acoustic version of the song before the rest of the cast joined in. Donning East High apparel, the cast paid tribute to the original film with their stunning choreography. Get a glimpse of their appearance on GMA ahead!