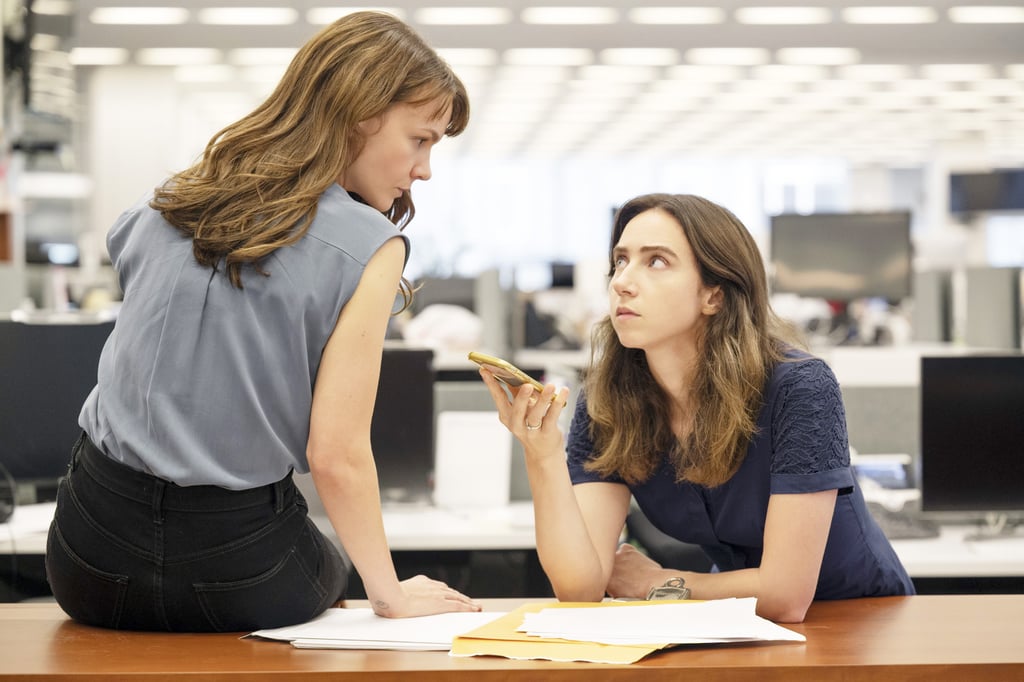 Is the "She Said" Movie Accurate? Here's What Happened in Real Life

Dramatizations of real-life events continue to rule the movie and TV landscape in 2022, from true-crime series like "Inventing Anna," "The Dropout," and "Monster: The Jeffery Dahmer Story" to celebrity biopics like "Blonde" and "Weird: The Al Yankovic Story." Many true-crime stories have been criticized for the glorification of perpetrators at the expense of their victims, but "She Said," the latest true-crime movie that tells the story of how New York Times reporters Jodi Kantor and Megan Twohey broke the story of Harvey Weinstein's misconduct in Hollywood, avoids this sensationalized storytelling.

Directed by Maria Schrader and written by Rebecca Lenkiewicz, "She Said" is primarily based on the memoir of the same name and cowritten by Kantor and Twohey, who are not only the leading characters in the movie but were also used heavily for inspiration by the actors who play them, Zoe Kazan and Carey Mulligan.

When it comes to decades of sexual-assault allegations, company-wide misconduct, knowledge of abusive power in Hollywood swept under the rug, and the ethical practices of journalists to uncover it all, some questions arise about which details in the movie are fact-based. According to an interview with the Los Angeles Times, Lenkiewicz estimates about 95 percent of the story is true to life, though she took "tiny liberties" for the sake of dramatic impact, saying "hearing a phone call is more exciting than reading an email. It's the truth, just a bit more animated."

Ahead is a breakdown of what's true to life in "She Said" and what's not quite accurate.