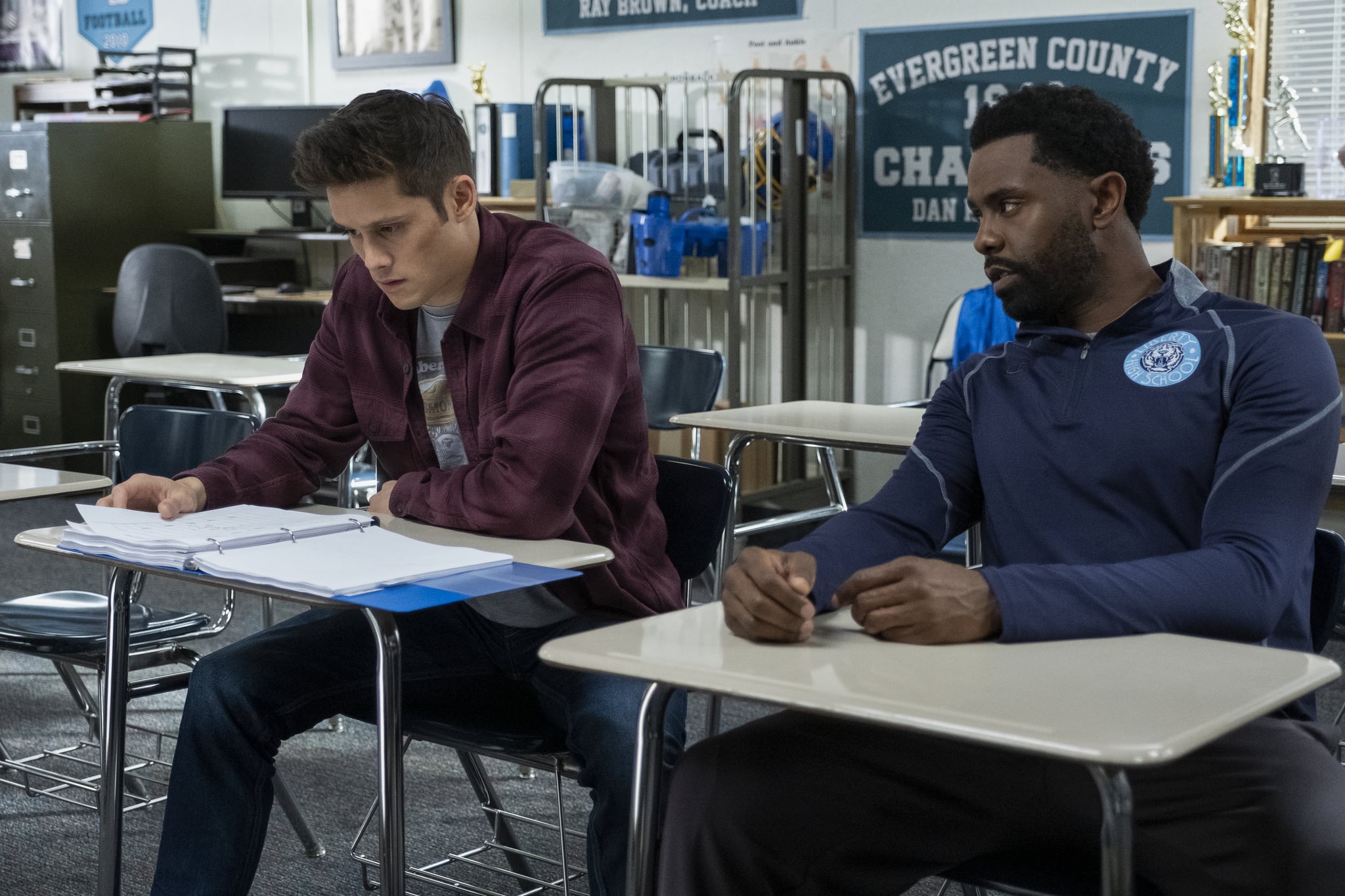 Warning: Spoilers ahead for season three of 13 Reasons Why.

Liberty High bad boy, Montgomery de la Cruz (played by Timothy Granaderos) is no stranger to conflict; mostly with those around him, but sometimes even with himself. His story in the latest season of Netflix's 13 Reasons Why takes quite the interesting twist. While Clay and Ani are off trying to solve a murder, Monty is left struggling with his sexuality. We feel Monty's inner conflict after one thing leads to another with Bryce Walker's wealthy peer, Winston, at another "rich kid party," as he describes it. Is Monty gay? Exploring? He seems to be asking himself the same questions for most of the third season.

Poor Winston takes the brunt of Monty's pent-up anger after asking if they can see each other again sometime. Monty isn't ready to have his sexuality questioned by anyone and certainly doesn't want news of his hookup to get out. Bryce covers up Monty's beatdown of Winston, paying him off to keep his secret under wraps.

Monty runs into Winston again at the homecoming game a few months later, where he fully embraces his physical attraction and the two have sex (twice). Monty clarifies though that he is definitely not gay. With full respect, Winston tells Monty that he can be "whatever you want to," as their steamy night together continues.

Despite his tumultuous relationships and bullying of his classmates, we finally see a human side of Monty, with hopes that maybe now that he's starting to release this secret that he's been carrying, it might bring him some sort of peace within himself?

Later, after Montgomery's arrest for the sexual assault on Tyler Down, his father confronts him. The de la Cruz men have a rocky relationship, as we have seen in seasons prior. We often get flashbacks of the two at odds, using their fists to make their points. When his father questions Montgomery's sexuality after raping Tyler, Monty comes out and tells his father that he, indeed, might be gay. A revelation his dad doesn't take too lightly.

It takes Monty the entire season of the high school drama to openly come out as gay, but when he does, the weight on his shoulders is finally lifted, even if only for a moment. It's almost as if maybe this could be a fresh start for him? Almost.