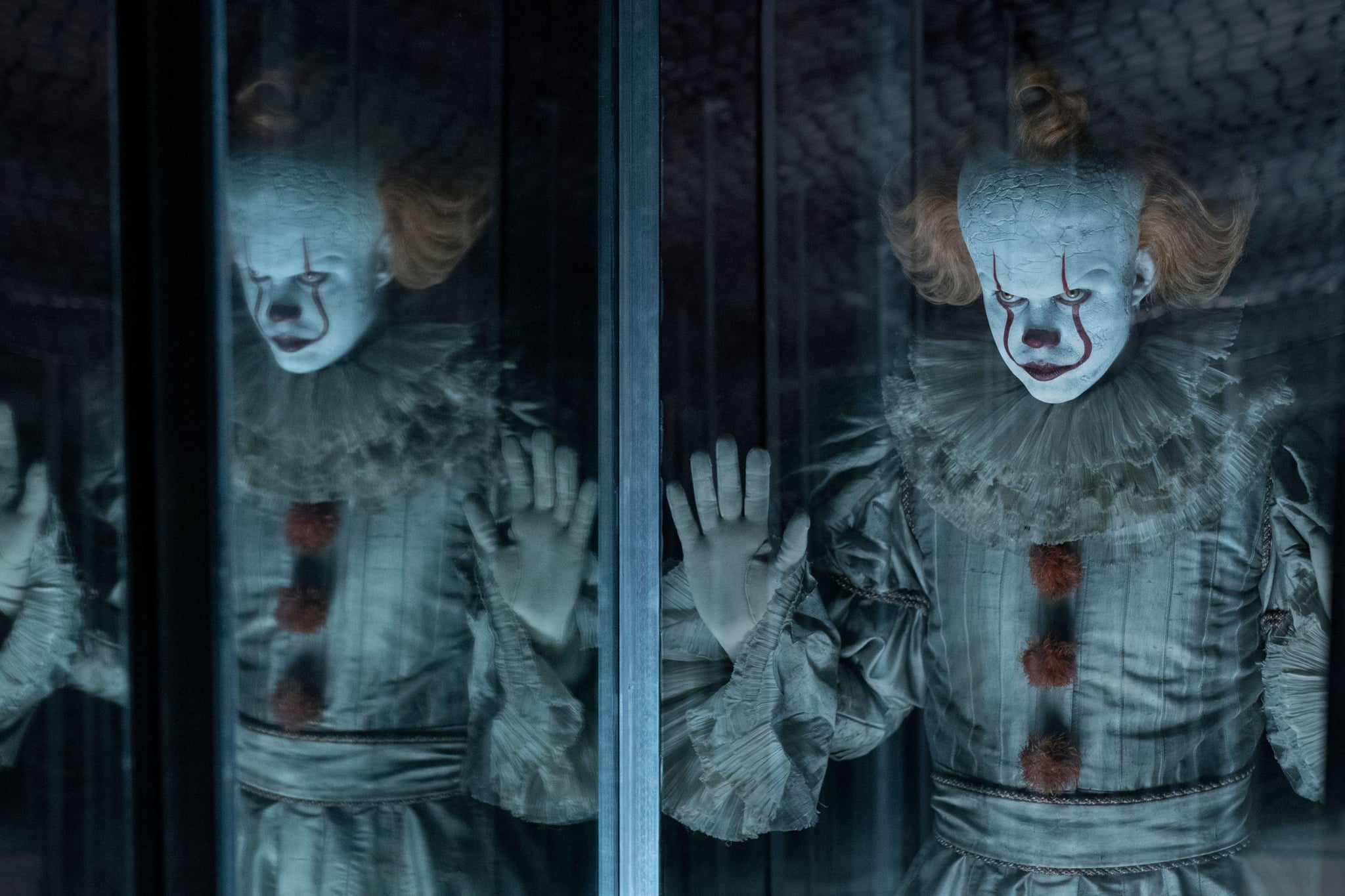 Warning: Major spoilers ahead for It Chapter Two!

It Chapter Two, the highly anticipated sequel to 2017's remake of It, is here and ready to scare our clown noses right off. Directed by Andy Muschietti, the sequel leaps 27 years after the first movie ends and finds the Losers all grown up and living their own lives until they're drawn back to Derry to defeat Pennywise the Dancing Clown (Bill Skarsgard) once and for all. All grown up, Bill (James McAvoy), Beverly (Jessica Chastain), Eddie (James Ransone), Stanley (Andy Bean), Richie (Bill Hader), Ben (Jay Ryan), and Mike (Isaiah Mustafa) have been away from the town for so long that most barely remember their childhoods . . . except for Mike and Stanley, who becomes so frightened by the prospect of facing Pennywise that he commits suicide.

While diehard fans of the novel and the previous adaptations may find many similarities and the movie as a whole stays pretty faithful to the original story, there are quite a few surprises and twists in the ending that may leave many of us shocked confused. We broke down the culmination to the nearly three-hour movie ahead.

What Is the Ritual of Chüd, and How Do the Losers Defeat Pennywise?

The Ritual of Chüd is an ancient ritual that Native Americans had used to kill off It . . . except it never worked. When Mike learns about it, he thinks it would work by virtue of him and the rest of the Losers believing in its power. He gets everyone to find an old possession from their past to put into a Chüd box as it's supposed to be a manifestation of good energy that can counter It's bad energy. In Stephen King's novelized version, the Ritual of Chüd sounds more like a psychedelic trip through the cosmic universe. Bill discovers that the only way to kill off It is to psychologically travel through the universe, and with the help of a cosmic turtle named Maturin, bite It's tongue off to weaken it.

Alas, the space turtle did not make it into the movies. In an interview with Inverse, screenwriter Gary Dauberman said, "I was trying to wrap my head around a giant turtle floating through space and then Bill standing in front of it . . . From a cinematic standpoint, I had a hard time."

In the movie, however, the Losers soon realize the Ritual of Chüd is ineffective, and It forces them to relive horrible moments from their childhoods and fatally wounds Eddie. In fact, Eddie sacrifices himself to save Richie from It and the deadlights, in what is one of the most gut-wrenching scenes of the movie.

When their initial plans fail, the Losers resort to bullying It. It thrives on fear and by demeaning and insulting It, the Losers reclaim their power and take away Pennywise's power, causing the monster to shrivel and shrink into a baby. They subsequently rip its heart out and destroy its very essence before escaping to its lair in the sewers.

What Does the Movie Reveal About It's Origins and True Form?

Though it's still unclear what exactly are It's origins — at least in the movies — It seems to suggest that it is a manifestation of deadlights. Deadlights are three balls of evil energy in the form of orange lights that are beyond human comprehension and can drive people who stare into it to insanity. It and It Chapter Two don't really get into the minutiae of It's origins (I imagine the movies would've become even longer if they had), but what's interesting is that in the last scene, It takes the form of a large spider, and according to It's fandom page and the book, a female spider is supposed to be the monster's true form. Whether we'll know for sure remains to be seen, although Director Muschietti has hinted at future movies about It's back story and connection — if any — to one of its names in the book, Bob Gray.

To Den of Geek, he explained, "There's something very cryptic in the book. Everything that relates to Pennywise and Bob Gray is very cryptic, and it's like that for a reason . . . Of course the mystery of Bob Gray gives a lot of play, and I would be interested in exploring how that happened. When did It become Pennywise and how?"

The movie seems to insinuate that Bob Gray may have been someone who came to Derry and joined a circus, and It somehow absorbed him. When Beverly goes to her old apartment and meets an old lady named Mrs. Kersh who lives there now, she discovers an old photo on the wall of a man that eerily looks like Pennywise standing in front of a wagon that reads, "The Great Pennywise, the Dancing Clown." Uh-oh.

What Are the Fates of the Losers?

After defeating Pennywise (hopefully once and for all!), the Losers all understandably try to move on from Derry. After realizing Ben's feelings for her, Beverly unites with him, and they begin their own love story. Mike finally leaves Derry, Bill writes a book about their experiences, and Richie tries to move on from Eddie's death and goes back to his old life.

In the movie's emotional conclusion, the characters also get posthumous letters from Stanley, who explained his suicide and said he didn't want to hold the group back with his fear of Pennywise.

What Do We Find Out About Richie and Eddie's Relationship?

While the novel very subtly suggests that there might've been some romantic feelings involved in Richie and Eddie's relationship, the movie makes it A LOT clearer that Richie loves his friend. In fact, even Pennywise knows about Richie's sexuality and holds it over his head because, you know, he's evil and preys on peoples' vulnerabilities. Though all the friends are devastated by Eddie's death, Richie in particular breaks down, especially because he never gets to tell Eddie how he really feels. At the end of the movie, he goes back to the bridge when he etched his initial next to what is revealed to be Eddie's initial and retraces it for perpetuity.