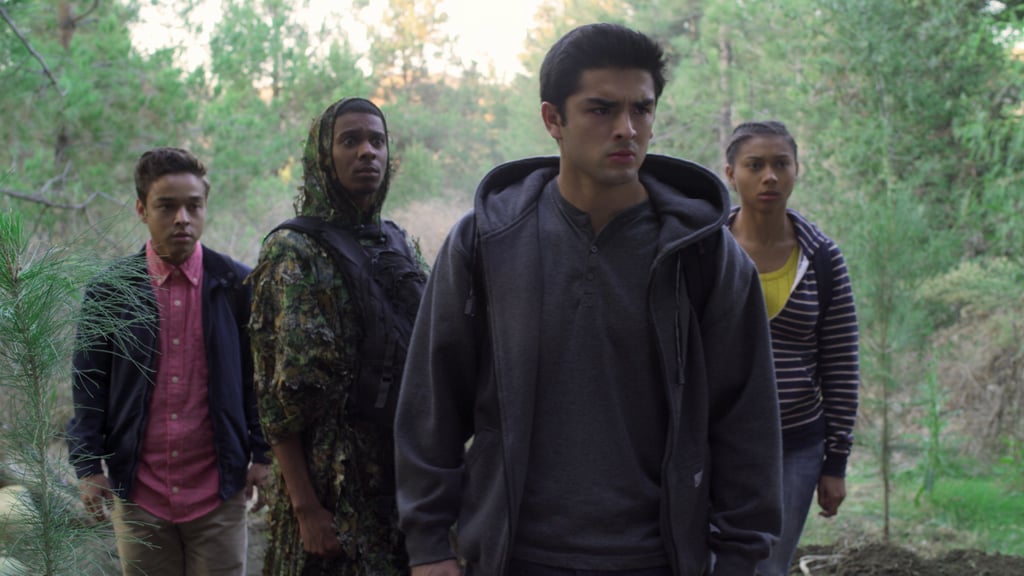 OK, Let's Talk About the Alarmingly Definitive Finale of On My Block Season 3

If there's one thing Netflix's On My Block loves, it's to leave us on a cliffhanger. After the surprise finales of season one and two, fans are most likely prepared to be left shaken by the ending of season three. And the show definitely delivers! But before we fast forward to the end, let's have a quick refresher on what led us there.

As we learn early in the season, our motley four have been kidnapped by Cuchillos, the Santos gang leader. Though Cuchillos thanks the teens for helping Oscar put the Prophets behind bars, she has another task for them: find Lil' Ricky (previously presumed dead), or she'll kill them instead. With an offer like that, the gang have no choice but to start a wild goose chase to find the missing gang member. They recruit Jasmine, though they try not to involve her too heavily in fear of endangering her life, and through a lot of trial and error learn that Lil' Ricky is indeed alive. But before they can actually find him, they learn the truth behind Cuchillos's intentions. If she ever finds Lil' Ricky, she'll kill him and get rid of any loose ends. Namely, the four teenagers she forced to find him.

Caught between a rock and a hard place, Ruby, Jamal, Monse, and Cesar must make the hardest decision of their young lives. Which takes us to the final act of season three.

Related:
On My Block Is Ending With Upcoming Fourth Season, and We're Not Ready to Say Goodbye
Previous Next Start Slideshow
NetflixOn My BlockTV