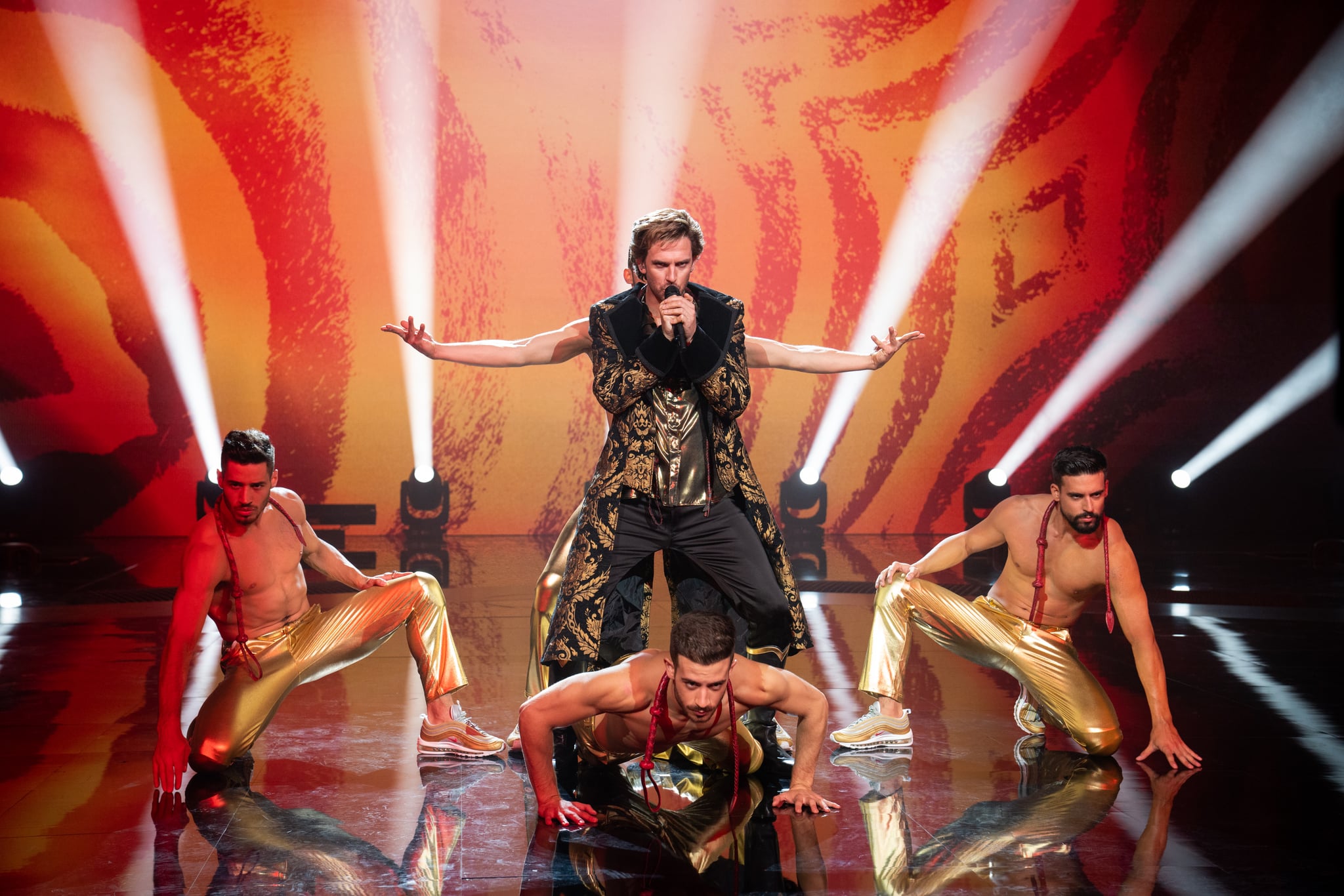 Dan Stevens stars in Netflix's wacky new film Eurovision Song Contest: The Story of Fire Saga, and to say he steals the show would be an understatement. The actor stars as a talented Russian singer named Alexander Lemtov, who competes against Will Ferrell and Rachel McAdams's characters in Eurovision. Though Stevens has plenty of experience singing in movie musicals, fans will be surprised to know that he's not actually singing Alexander's big number "Lion of Love" in the movie.

Of course, it wasn't his own doing. During an interview with SiriusXM, the actor admitted that he was all set to record his version of the track when the coronavirus pandemic hit and everyone was put on lockdown. Instead, the track is sung by Erik Mjönes in the movie. "We stuck with the original track, which is sung by an amazing Swedish baritone," Stevens explained. "I love the quality of his voice, and I think it's brilliant and very, very funny."

Even though he wasn't able to sing his character's big solo, he believes his voice was used for the group number, which is medley of songs "Believe" by Cher, "Waterloo" by ABBA, and "I Gotta Feeling" by the Black Eyed Peas. "The style of it is so, so funny and it fits Lemtov's character so well," he added about Alexander's singing voice. "I don't know if I could ever have sung it as well as Erik anyway." We think his performances in Beauty and the Beast would say otherwise! Watch a clip of Stevens's performance from Eurovision Song Contest ahead.