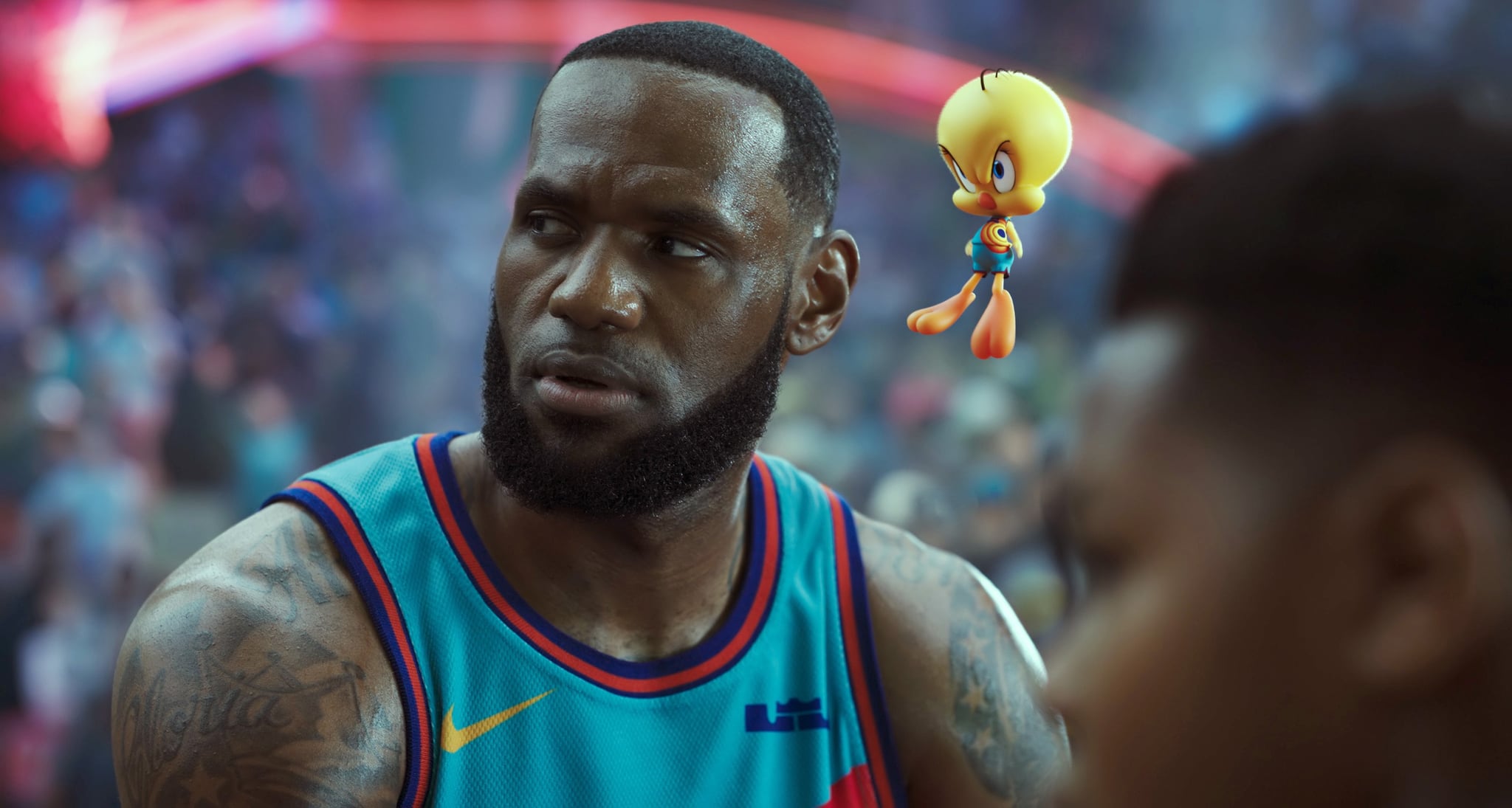 Space Jam was one of the most iconic movies of the '90s, and now diehard fans of the original movie have been blessed with a sequel, Space Jam: A New Legacy, which was released on July 16. Basketball legend Michael Jordan and the Looney Tunes gang were central to the original movie, and for the reboot, NBA star LeBron James has taken up the mantle as intergalactic sports star.

In Space Jam: A New Legacy, James — and an impressive cast including Cassandra Starr, Kyrie Irving, Zendaya, and Don Cheadle — and his son Dom battle an evil artificial-intelligence system that has trapped them in a game. To make it back home, they have to enlist the help of Bugs Bunny, Daffy Duck, and the Looney Tunes gang. Although his onscreen family plays a major role in the film, viewers have been wondering if the movie's stars are actually related to James in real life.

The short answer is no. James's relatives in the movie certainly resemble his IRL family, but they're portrayed by a group of talented actors instead. His fictional movie family is based on his real family, though, with his children in the movie having similar ages and genders as his children in reality. James's movie wife, Kamiyah James (Sonequa Martin-Green), is the fictional version of his real-life wife, Savannah James. His son Dom James (Cedric Joe), who plays a major role in the film's adventures, is based on his real-life son Bryce. Darius James (Ceyair J. Wright), the eldest son in the movie, is inspired by James's oldest son, LeBron "Bronny" James Jr. And James's fictionalized daughter, Xosha James (Harper Leigh Alexander), is based on none other than his real-life daughter, Zhuri James.

But just because James's fictionalized family is based on his real-life family doesn't mean they're exactly the same. In Space Jam: A New Legacy, James tries to persuade his sons to follow in his basketball-superstardom footsteps, despite the fact that his son Dom would much rather be a video-game designer. In real life, James seems supportive of his children's pursuits, both sports and otherwise. When asked if he aspires to play in the NBA with Bronny, James said, "That's definitely one of my goals, but that's a long-term goal. My son right now is in high school and enjoying what being a teenager is all about. But that would be pretty cool to go on my resume." Whether being a teenager includes playing basketball, hanging with friends, or saving the universe with the help of some animated friends, one thing's for certain: James is a pretty stellar dad.