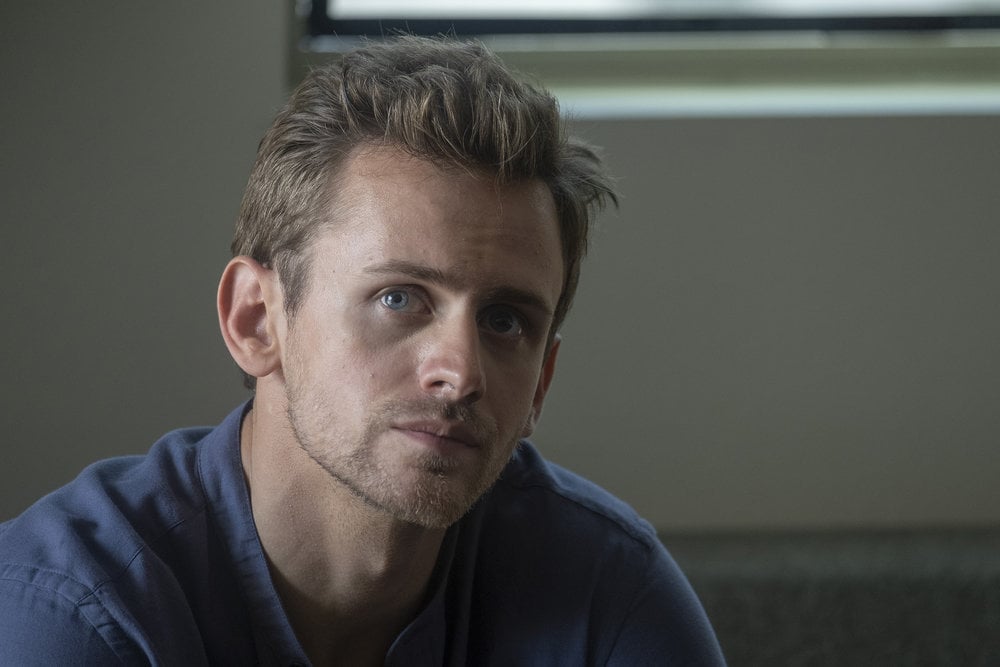 This Is Us is expanding the Pearson family this season, and it includes the grown-up version of Kate and Toby's son, Jack. During the season four premiere, we meet a struggling blind musician who eventually meets a woman, falls in love, and gets married. However, it isn't until the end of the episode, when all the dots connect, that we learn that the singer is actually an adult Jack Damon, played by newcomer Blake Stadnik. Not only is Stadnik a singer like his character, but he's also legally blind.

So, just how did the show discover Stadnik? According to creator Dan Fogelman, it was a long and tedious process, but once they met Stadnik, they knew they had the right guy. "It was an interesting casting process because we wanted to cast a blind actor," Fogelman explained to Entertainment Tonight. "We had started our casting process very early, even in our off-season. I was looking for a leading man who was without sight and who could be funny, charming, accessible and sweet. One of the wonderful things about our casting department was it wasn't like they only found Blake. There were a bunch of really viable, wonderful casting choices that came through our casting department. Blake, when he came to us, was clearly the guy."

Fogelman was also drawn to how exceptionally talented Stadnik is. "He brought everything," he told Entertainment Weekly. "It was important to us to not cast a sighted actor here. It was also very important to us that we have somebody who can hold the screen and sing, and Blake just checked a tremendous amount of boxes. I found myself increasingly proud of him. He's a young man who was put into an atmosphere — regardless of vision, just in terms of acting experience — that was pretty new to him." In fact, the role marks Stadnik's first onscreen acting credit.

Not only does Stadnik's character add a new dynamic to the beloved Pearson family, but as Fogelman points out, he is also one of the first visually impaired actors to play a major character on a network television show.